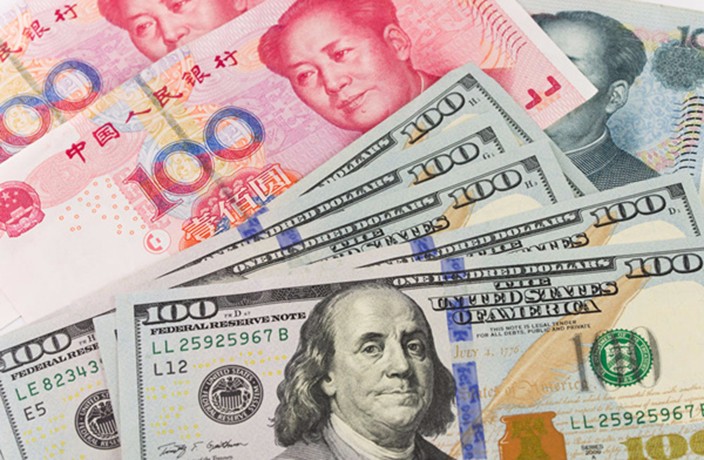 Relax, guys. The RMB did not collapse last night.

A glitch in some exchange rate systems yesterday led to reports of an incorrect rate for a few hours, which in turn caused a minor meltdown among forex watchers. 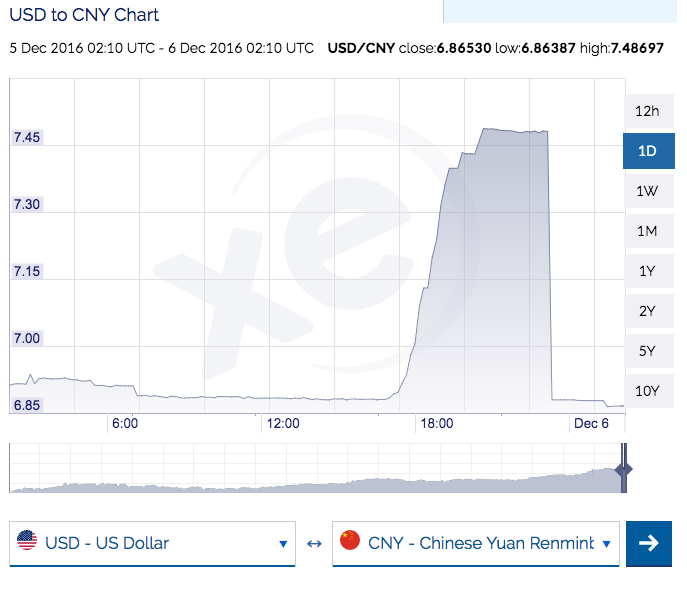 The exchange rate as reported by XE.com.

Some initially speculated that Chinese markets had crashed, or that a certain phone call and some tweets had to do with it.

But it appears the rate was misreported by one broker and then widely disseminated by accident. Oops.

The rate is back to normal... for the time being.

Move on, nothing to see here.