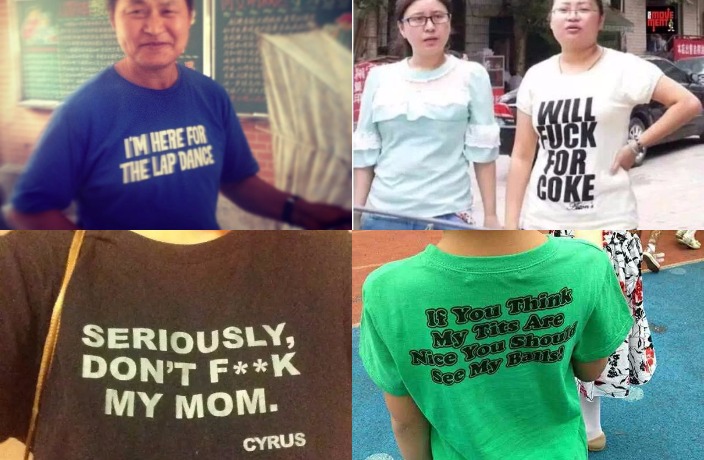 But have you ever wondered how English words for the shirts are chosen? Are the phrases picked at random, or is a mischievous T-shirt manufacturing laoban to blame?

In a thread on the phenomenon, Reddit user Mr_Bakgwei explains:

"Wife is a clothing designer and wholesaler in Guangzhou. Know many people in the business. The reason there are English words on the shirts is because English is 'cool.' As for random words, the vast majority of the people in the business are uneducated. The most successful person I know in the business is a 32 year old Chaozhou woman who quit school after the 9th grade and cannot speak more than one word of English. She makes 10s of millions of [RMB] a year on making bullshit shirts with random English words. How does she choose the words? Well, certain letters are considered better looking than others, such as J, P, B, Y, and O. Other letters are considered less good looking, such as I or U. So she goes online and types in a few letters and searches based on that. When she sees a word or phrase she likes she will sometimes change out a few letters to make it 'look better.' Then she has that printed on her shirts. She often will not even look up what the words mean before printed 10s or 100s of thousands of them. I remember last year she had thousands of shirts returned from re-wholesalers in Hangzhou and Beijing because she printed 'I'M NOT GAY' on them. Apparently this offended some of the customers so the re-wholesalers returned the goods."

Another user, collisionofnames, confirms that the words are basically chosen at random:

"Have experience with apparel manufacturing in China, especially wholesalers are just printing whatever they feel like and/or copying others who are successful, and then competing mostly on price when supplying to domestic retailers.

"For a great deal of mainland Chinese people, English writing carries at best vague meaning, and at worst just an exotic surface appearance, just as to the vast majority of Americans, Chinese characters are used either to represent a hypersimplified (and often incorrect or ridiculous) meaning or, more often, to inject an appealing Asian visual look."

So there you have it! Now, if only these poor people knew what their hilariously rude T-shirts said... 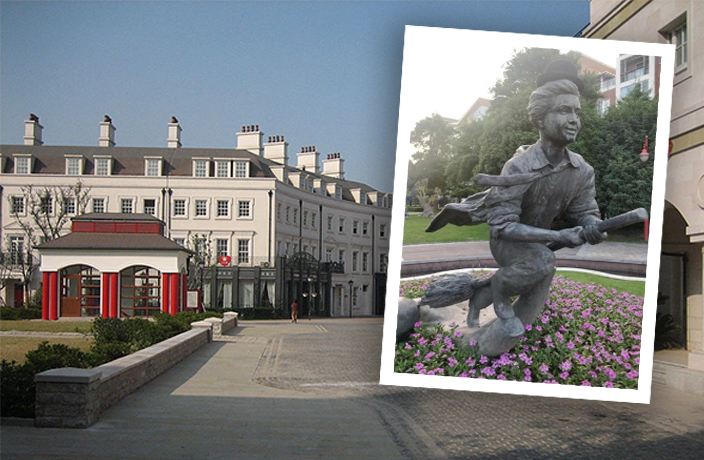 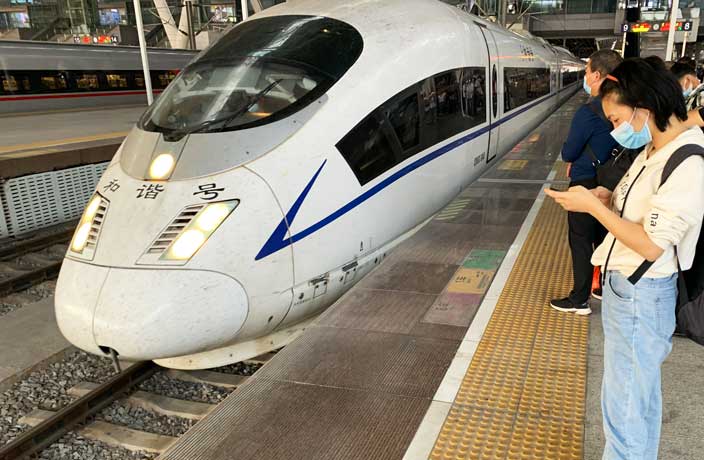