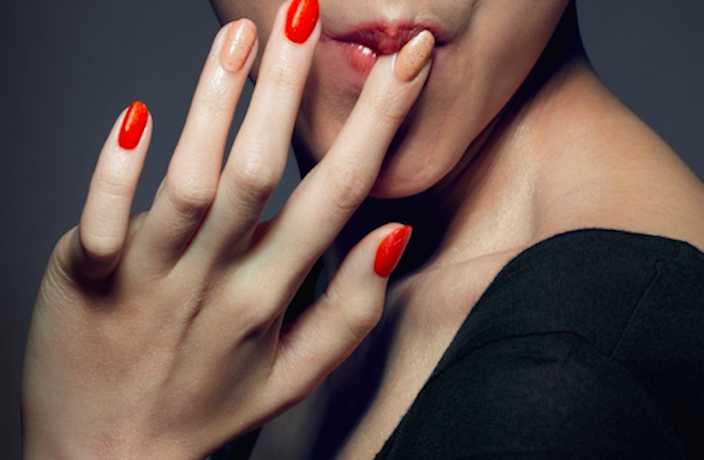 KFC is raising eyebrows throughout Hong Kong with its latest strange product, and a marketing campaign to match it. Throughout the Special Administrative Region, you might spot ads featuring a model licking a finger, her nails painted beige and red. Below, it says, "Finger-lickin' Good - Edible Nail Polish."

Now, it should be noted that said nail-polish isn't edible in that you can chew it off, but rather that when you lick it it tastes like... fried chicken. In fact, there are two variations of the taste, corresponding to the two available colors: original and "hot and spicy." 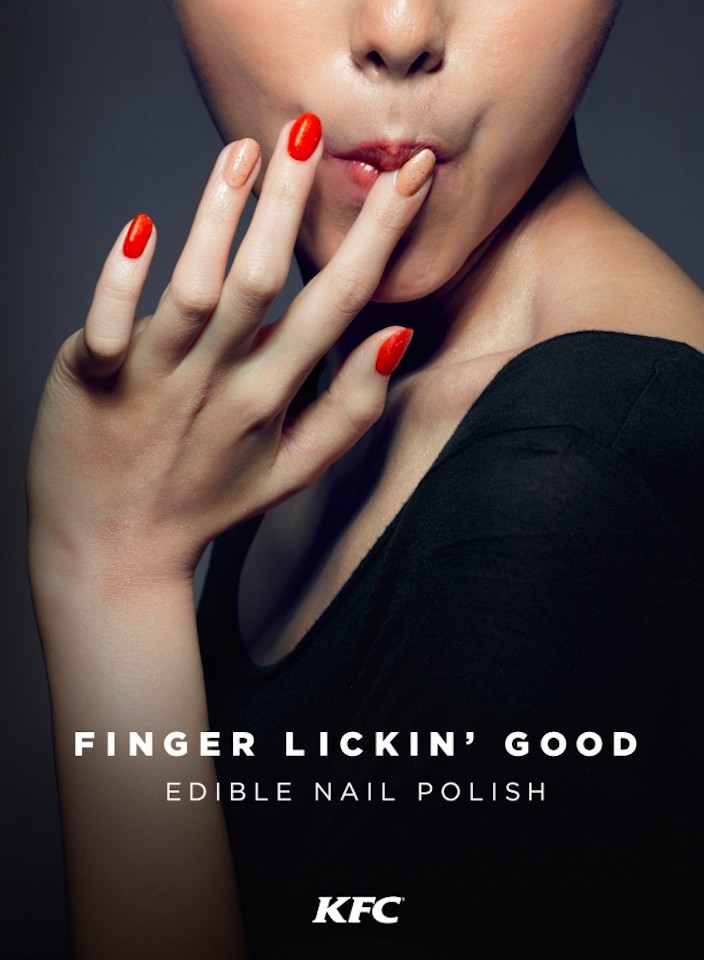 Does the nail polish dissolve as you lick it, though? And if so, how long would it take? So many questions.

KFC hasn't provided any answers, but the New York Times was able to reach out to the agency in charge of the campaign, Ogilvy & Mather. Anna Mugglestone, Communications Director at the firm, explained this product would be a way "to remind the younger generation" of "the great taste and good times the brand stands for."

The nail polish isn't widely available yet, but might be in the second half of this year.

For now, KFC is surveying customers to know which flavor they prefer.

I think we'll abstain on this one.