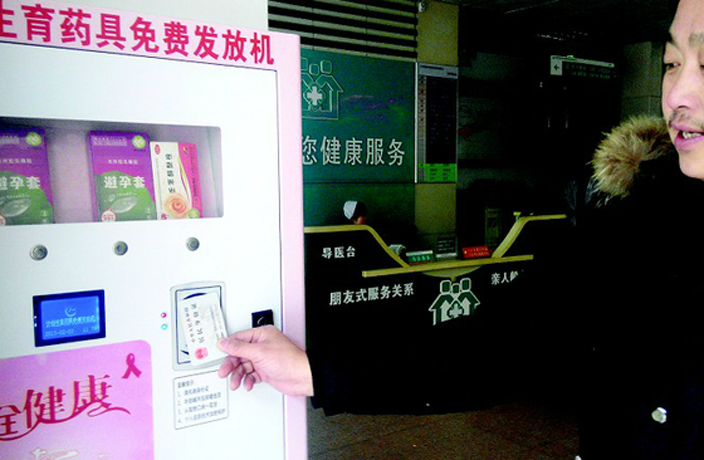 This news just in: college students have sex. This shouldn’t come as a shock to anyone, but two wildly different approaches to promoting safe sex on Chinese college campuses are sparking debate on the topic.

Zhejiang’s provincial health and family planning commission announced that within a year all 128 universities in the province will have free condom dispensing machines installed on their campuses in an effort to reduce accidental pregnancy and arrest the spread of sexually transmitted infection, reports Xinhua.

Zhejiang reported a 21 percent year-on-year increase in the number of new HIV/AIDS cases in the first ten months of 2014, with a startlingly large increase – 85.7 percent – among college students.

As for unwanted pregnancies, of the roughly 13 million abortions performed in China annually, nearly two-thirds involve women between 20 and 29, according to the National Health and Family Planning Commission.

However, not everyone is on board with campus condom dispensers. One student told Xinhua, "It will contaminate the school's atmosphere. Both me and my parents are angry about it!"

"The condom machines have met some strong opposition from those who think it encourages students to have sex," said Li Danhe, an official with the commission.

Yes, even in staunchly secular China, there are pearl clutchers who think contraception does the devil’s work.

Meanwhile, a college in Xi’an has come fire for asking female students to sign a vow of chastity, reports China Business News. A requirement for the ‘No Regrets Youth’ course, the abstinence pledge reads: “I promise to myself, my family, my friends and my future spouse and children that I will refuse any kind of premarital sexual activity before I step into a life-long monogamous marriage.”

The response on social media has been swift and withering. One Weibo user compared the pledge to that most divisive of fruits, the durian:

“You can’t force people who don’t like durian to eat durian, and you can’t claim the moral high ground to say durian is a disgusting fruit so no one can eat it. Also, why don’t they make male students sign it?”