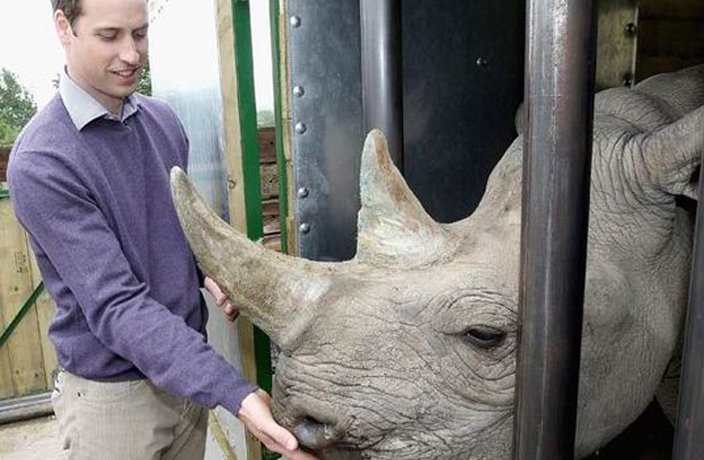 In an effort to protect some of the world’s most beloved creatures, Prince William has implored Chinese consumers to aid in efforts to end wildlife trafficking in a speech that will be broadcasted today on CCTV1.

The announcement was made just hours before the arrival of Chinese president Xi Jinping to the UK this week on a controversial diplomatic visit. Prince William echoes an open letter written by British celebrities and other national figures last February to Xi Jinping with a request to ban the sale of illegally traded ivory and horn, as China contributes greatly to the demand for these products. According to a recent report from The Guardian, Prince William expressed concern that his daughter Charlotte, born just this year, would witness the extinction of elephants and rhinos before her 25th birthday.

Despite an agreement made between President Xi and President Obama in September of this year affirming a commitment to end ivory sales in China, Prince William reiterated that ultimately, it would be up to Chinese consumers to end the trade of illegal wildlife products and prevent these animals from becoming extinct.

[Image via The Express]