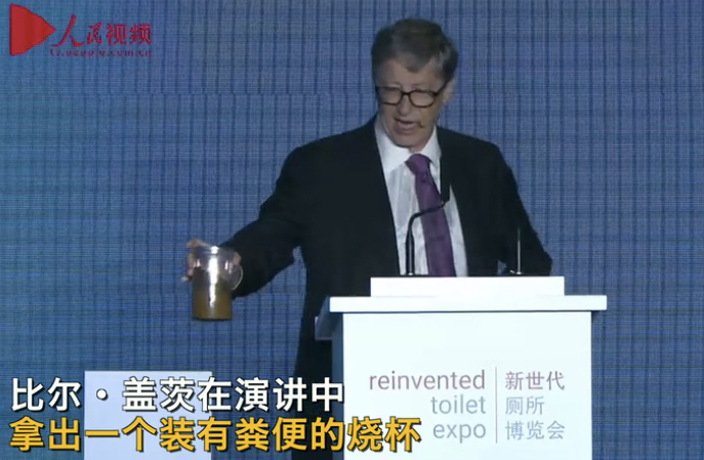 Bill Gates doubled down at the ‘Reinvented Toilet’ Expo in Beijing on Tuesday, November 6, producing a sample of feces to draw the crowd with disturbing facts about human waste.

“This small amount of feces could contain as many as 200 trillion rotavirus cells, 20 billion Shigella bacteria, and 100,000 parasitic worm eggs,” stated the former CEO of Microsoft. Watch below to see him kick off his speech in true show-and-tell fashion (VPN off):

According to Associated Press, over 20 companies and institutions introduced their toilet tech in the capital city on Tuesday. The exhibitions displayed what the future of toilets and waste treatment could look like and how to address the sanitation problems facing billions of people around the world.

Bill and Melinda Gates Foundation, the couple’s private foundation that “work[s] with partners worldwide to tackle critical problems,” has played a key role working to improve sanitary conditions for Sub-Saharan Africa, South Asia and China. They invest time and money into understanding different approaches to sanitation, in effect helping to end “open defecation and providing adequate, equitable and safely managed sanitation for all people by 2030.”

Gates has developed a bit of a track record for putting himself out there. In January 2015, the billionaire activist was recorded drinking filtered water derived from human poop. 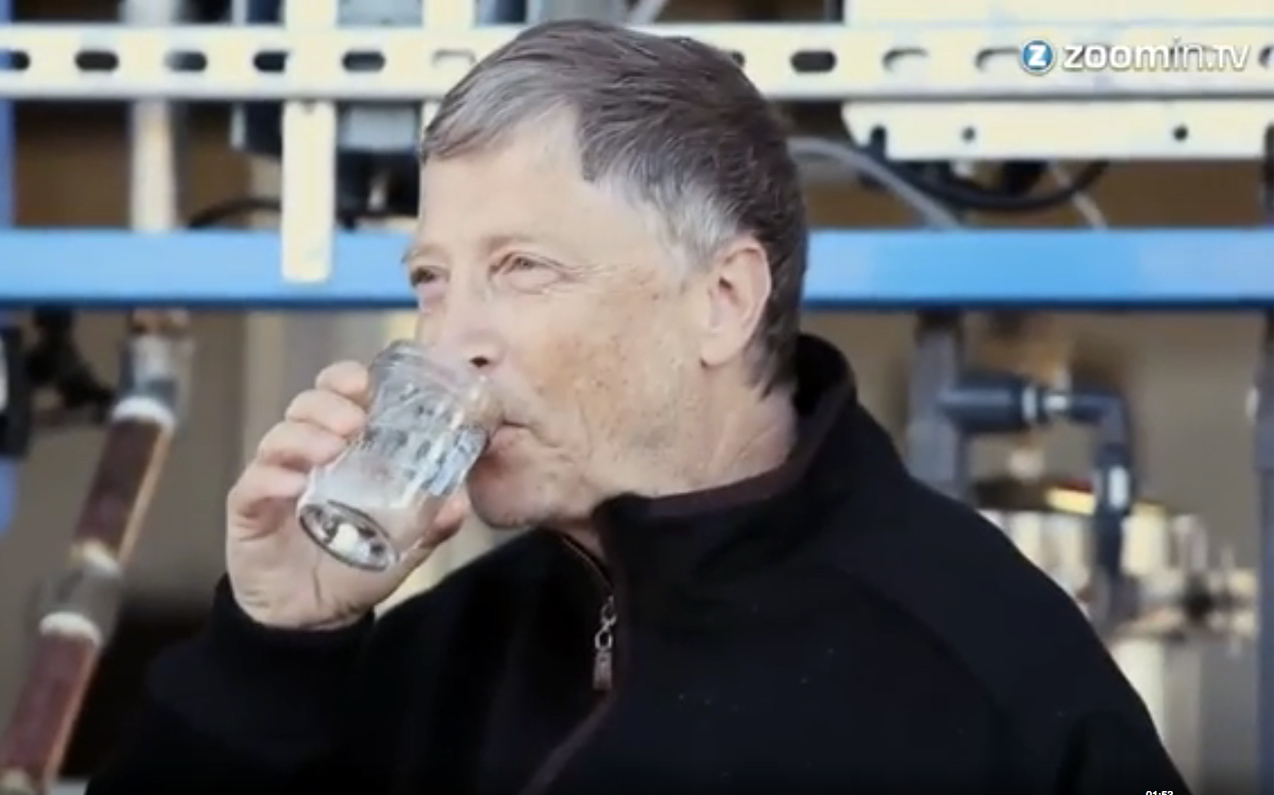 In the video, Gates tells the audience that over 2.5 billion people don’t have access to safe sanitation.

His foundation’s work has already improved the quality of life for millions of people in need.