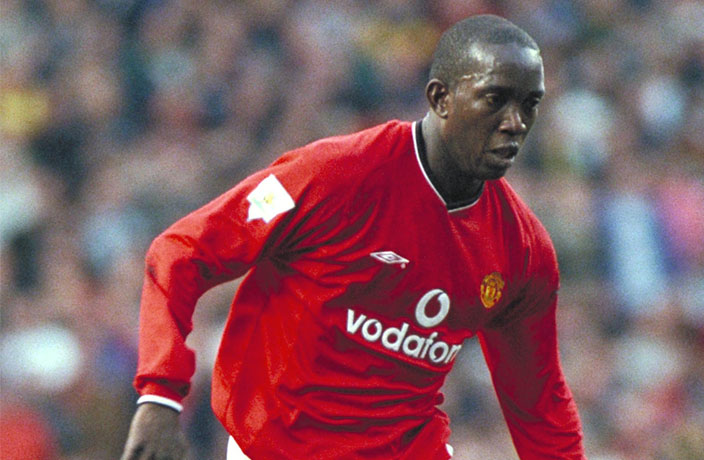 With Manchester United taking on Tottenham Hotspur on Thursday, July 25 at Hongkou Football Stadium in the 2019 International Champions Cup Shanghai, we caught up with Red Devils legend Dwight Yorke (and Teddy Sheringham – read that interview here) for some quick fire questions...

Career highlight?
The treble winning year, my first season at United. When I got there as a record signing I expected to win some kind of trophy, but I never thought I'd win those three. To eclipse everything that the club had done, to be part of that, is pretty hard to beat.

What made your partnership with Andy Cole so special?
We just bonded. Sometimes you meet people and you just get on with them. What people fail to understand is that, when I joined Man Utd, Cole was the one who took time out to invite me to his family home for dinner, he showed me around Manchester. He didn't have to do that, especially when people were saying I was coming in to replace him. We got on like a house on fire.

And you're good friends with Brian Lara?
You want to talk to him right now? He is staying at my apartment in Dubai. We talk about superstars and we talk about genius. Brian Lara is in the category of genius. In his sport, in terms of what he has achieved – if he was living in India he would be an even bigger star. We're grateful he came from our country. I am a legend; Lara is a genius.

How good at cricket are you?
I can play cricket! We had to play cricket in our time. We have only two season; wet season and dry season. When it is dry season you've got to grab your bat, pad up and get in the firing line of these big West Indian boys. Man up and take it!

Going back to football, who was your toughest opponent?
Stuart Pearce and Tony Adam were a couple of pure bullies who would kick lumps out of you. When I got to Man Utd level, I didn't fear anyone. Having said that, the only team I just couldn't score against – and I scored against everybody – was Real Madrid. Inter, Juve, Bayern, Barcelona at the Nou Camp – I scored against all of them. So that is the one thing that eats at me inside; that I never managed to score against Real Madrid.