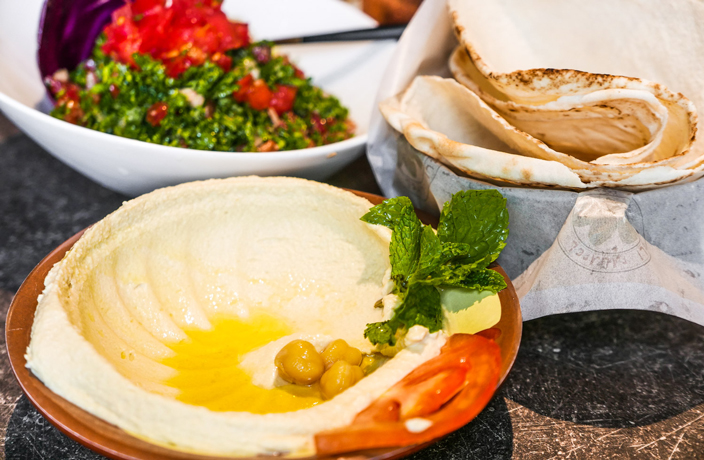 There are few things that can quell the onslaught of a hangover quite like a kebab, and for post-partying expats staggering down Wulumuqi Zhong Lu, the sight of Eli Falafel's majestically revolving shawarma must look a tall glass mirage of Alka-Seltzer. 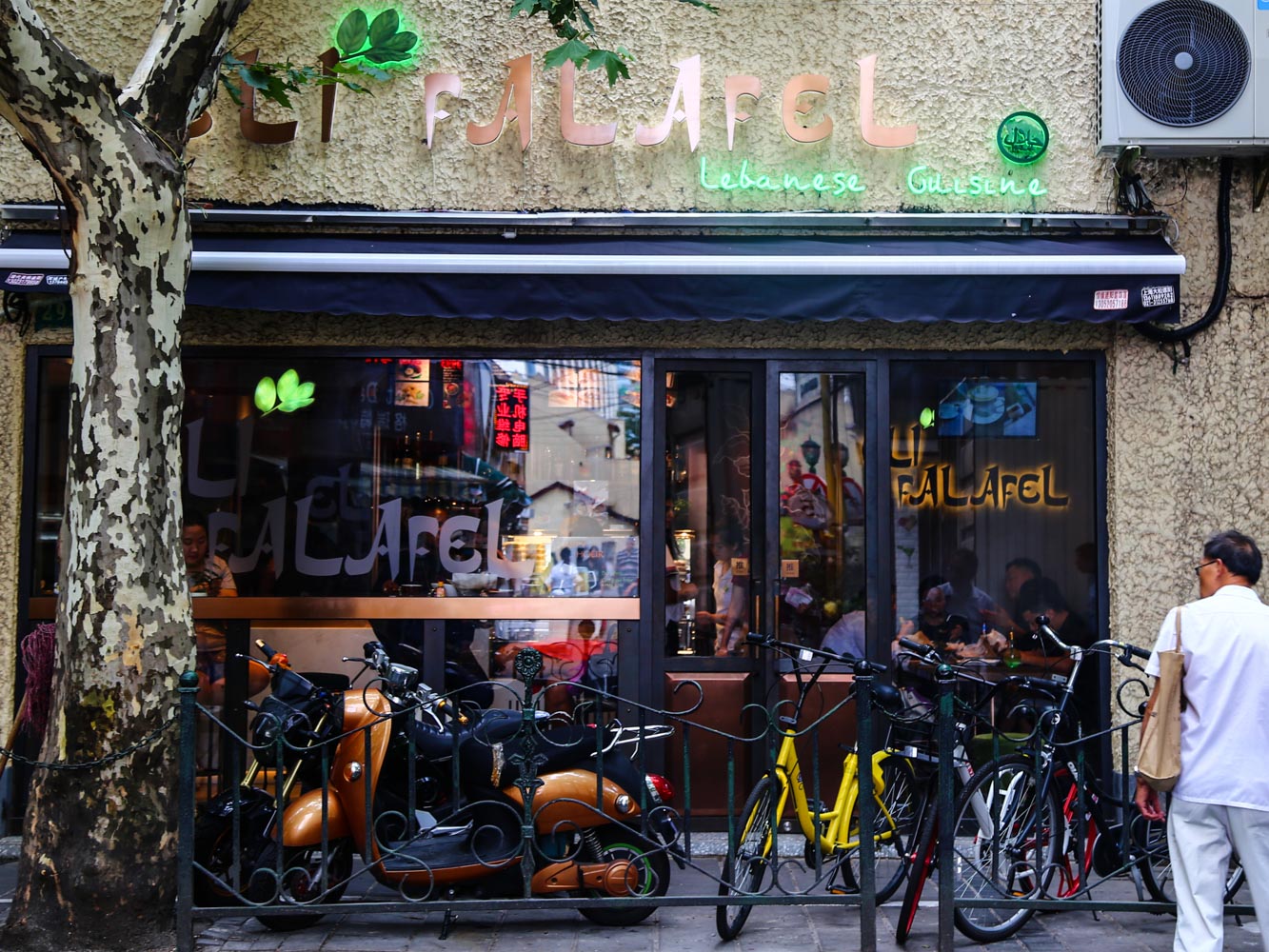 We'll cut to the chase, we think the shawarma is the best thing here. Having been an inebriated, kebab-wielding Brit on more than one occasion (blame the UK university system), the sight of Eli Falafel's Syrian cook dexterously slicing the shawarma brought the nostalgia factor home for us. The smoky beef shawarma is good, but the chicken (RMB45, RMB75 for a combo) stands out as magnificently flavorful and with a juicy texture that is often elusive to grilled fowl. Why does shawarma have that Je ne sais quoi? Because it's cooked slowly and evenly over a low heat rather than rushed over a high one, probably why at lesser establishments it has such a propensity to give you food poisoning. Get a mixed platter if you can't make your mind up; a very hefty meal since it also comes with hand-cut French fries, pita bread, onions and hummus.

Eli's falafel is about as good as you'll find in Shanghai, primarily due to the fact that they don't taste like a clump of dry wood shavings. Instead, they have a moist and fluffy interior, and a crunchy, nutty outside that comes alive when slathered in the multitude of yogurt sauces at their disposal.

We got our falafel in a wrap (RMB45), but since we're lobbying for the shawarma set, we'd probably just get the falafel on the side or in a salad (RMB68) next time. Unless you're like, vegetarian or something. 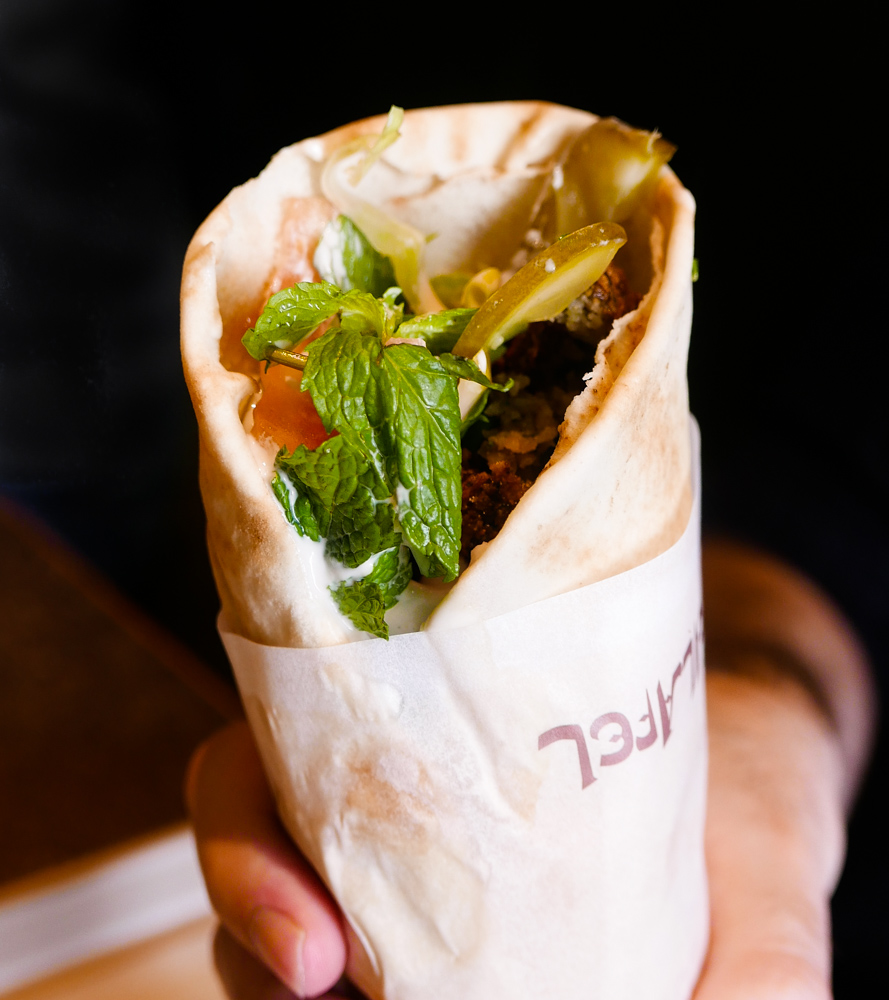 Other meaty offerings come in skewer format. Opting for the mixed grill (RMB118) is an efficient way to try the variants available. 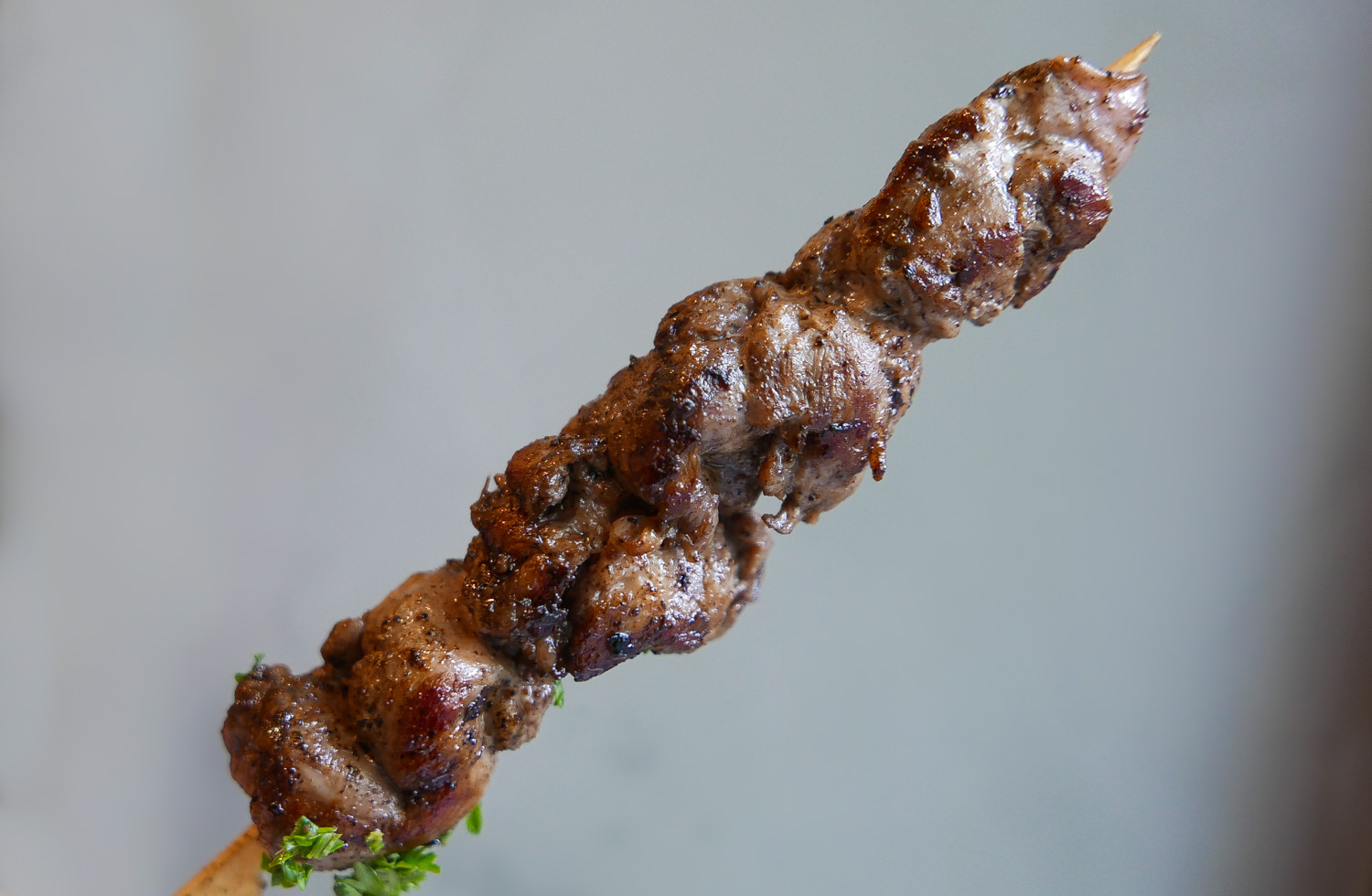 The mix bags you shish taouk (chicken), lamb kabab, a whole lamb cutlet, kafta kebab (minced lamb), hummus, fries, roasted tomato, onion and flatbread, and feels like a more civilized way to ingest grilled meats than the ravaged shagginess of the shawarma. Doesn't have quite the hangover panacea quality, though. 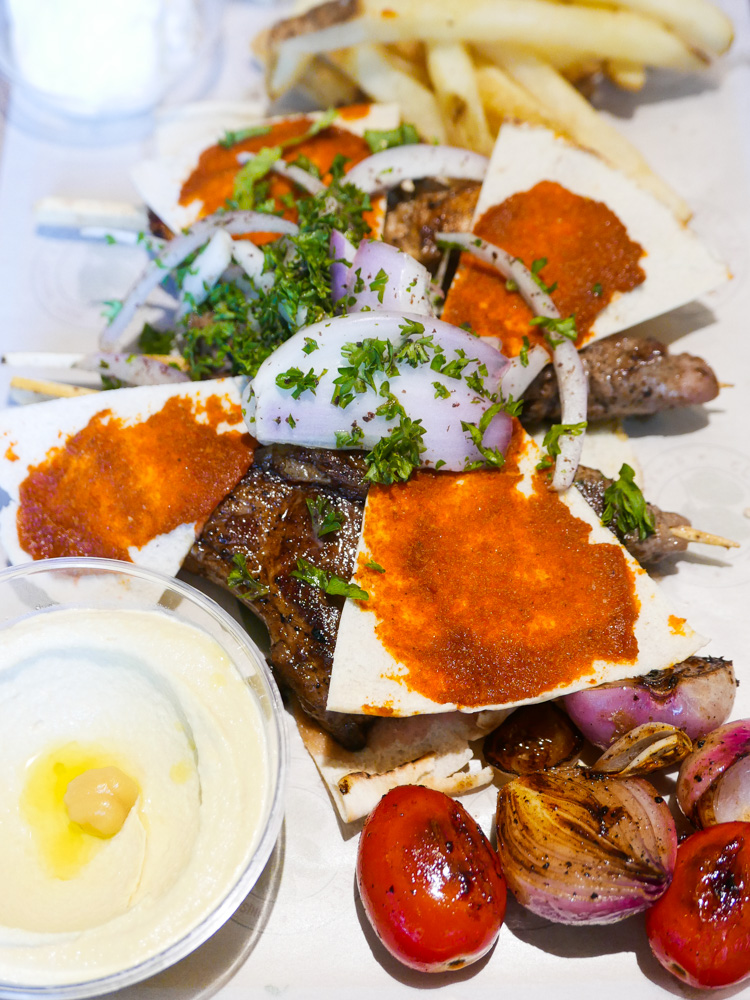 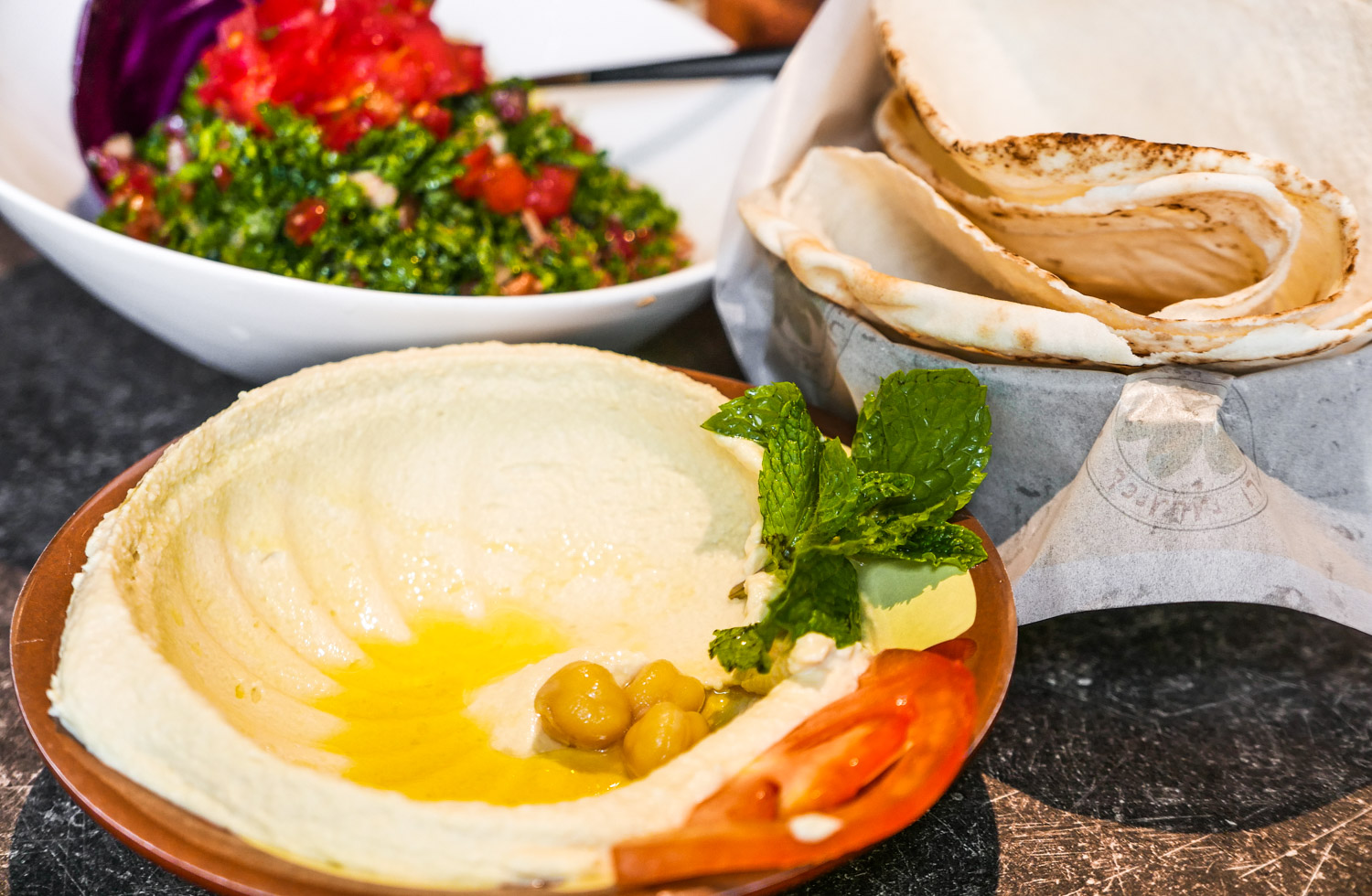 If you’re not the type to be sated by soda, go deep-end and order a laban aryan, a thick, chilled, and slightly salty yogurt drink to which polar bear milk would probably be the nearest comparison. We loved it; our intern, not so much.

For a delicatessen, Eli Falafel is nice. They've got a clean bathroom, a few comfy banquettes, a nice mural, stools and what not. For a restaurant or café, it's small. Clearly, you're not meant to linger during the peak hours of operation (lunch, brunch). That said the place also feels like somewhere you could come for a casual dinner, and since they're making some of the best Lebanese food in town we can totally see why you'd want to. 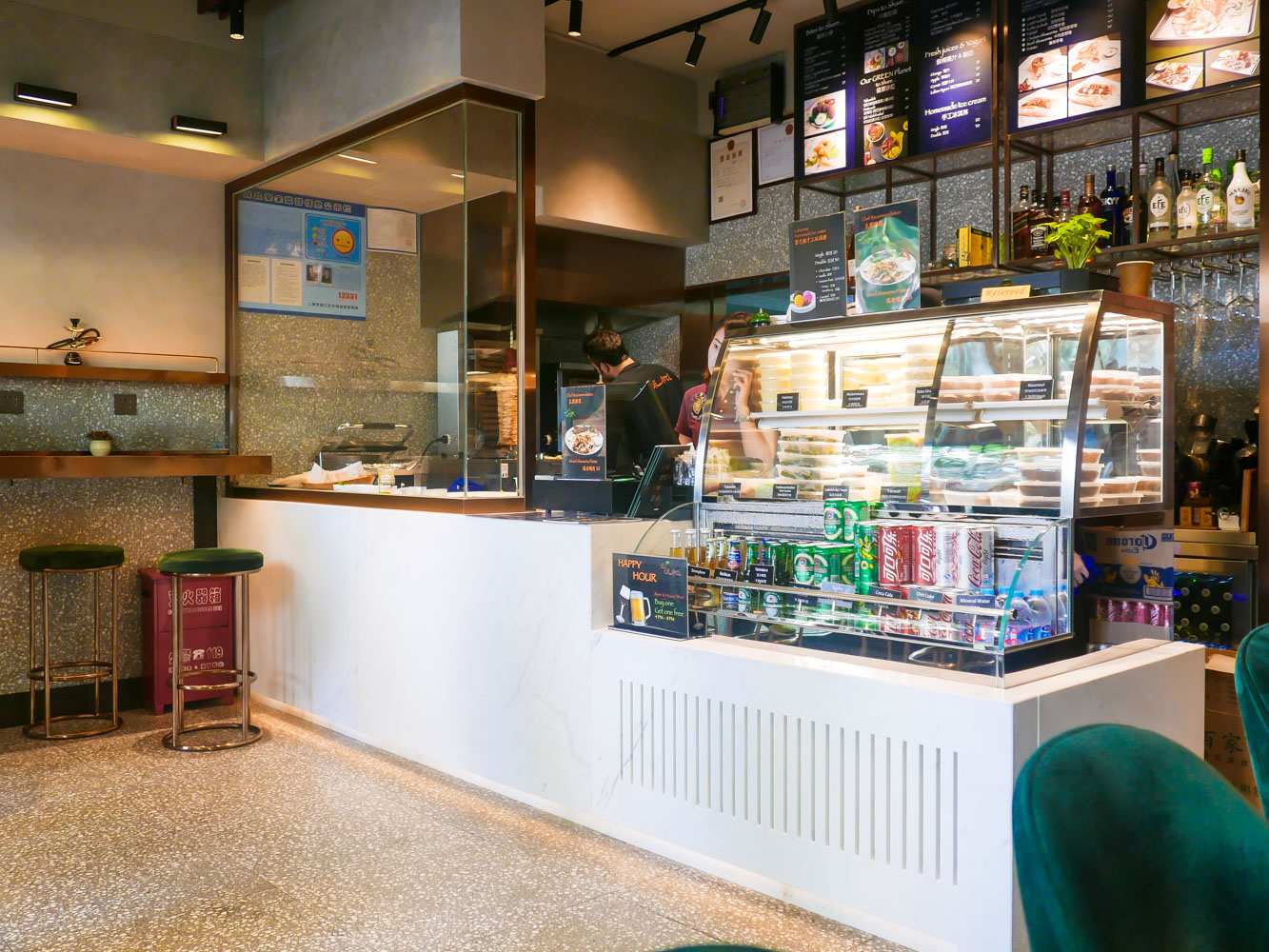 Price: RMB45-80 per person
Who's going: split down the middle between expats and locals
Good for: Lebanese food, lunch, cheap eats, casual dinner, the nostalgic and the hungover

See a listing for Eli Falafel