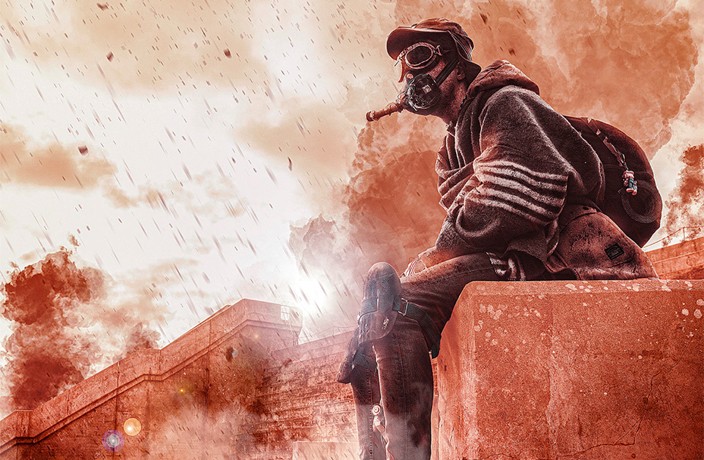 Any band’s relationship with an audience relies on at least one of three things: energy, a sense of belonging or an entertaining way to tell a story. It could be a punk punch to hammer home change, a melancholic hark back to a previous generation or, in the case of Beijing band Macondø, an instrumental journey that paints an unpredictable future.

The age of the slogan is well and truly upon us. Catchphrases and choruses stick to our brains like chewing gum spat out from the mouth of social media. While words will always do a lot of the heavy lifting in music, these four post-rockers let their gear do the grind.

released two studio albums. Their success hasn’t all been down to the lyricless content, but it’s certainly helped.

“I just felt that if I were to sing it would lower the quality of the music,” Slepicka tells That’s. “I tried to sing one song, and it just didn’t lend itself to this style of music. It's best that we just keep it as instrumental or in a 'wordless vocals’ style.”

South African synth and guitar player Gerald van Wyk, who joined the group shortly after its formation, backs up the creative choice.

“As foreigners in China, we don’t always have the capacity to communicate in what we define as

a normal way. So, using instruments to communicate helped us tell the story we wanted to tell and get our

message across. It’s a good way for us to approach it and it’s worked really well. The imagery that goes with the music leaves a lot of space for people to interpret the story.”

Story and imagery are a huge part of the band’s ethos and creative process, and the 2018 self-titled debut album proves this. Tracks ‘Die Begin’ and ‘New Home’ take listeners on an explorative, reflective and optimistic journey before exploding into major-chord chaos. The upbeat ‘Seek’ has heroic undertones before beating down into battle and then sailing off into the sunset. Yes, this is post-rock but not as we know it.

“We’re all big sci-fi buffs,” says Slepicka. “Blade Runner, Star Trek, Star Wars, all that stuff. Black Mirror was out at the time we started as well, and it was just bleak visions of the future and how humanity is. We love those stories, but more importantly, we love those soundtracks. I remember one time we were just sitting on a rooftop in Shanghai listening to the Blade Runner soundtrack and looking across this ever-expansive landscape of tall concrete buildings, knowing ther are millions of people below us. It just kind of inspired us to write music that would fit into some sort of sci-fi narrative or futuristic story.”

The soundtrack storytelling makes up a huge element of Macondø’s second outing, II. The pandemic

slowed down production, but its eventual January 2022 release saw the foursome plunge into much more ambitious territory as they combined music with art.

has been destroyed,” van Wyk tells us. “They are basically trying to find a new world and then inhabit it. That was the whole idea, the journey to that new world.

“The image we tried to create through the music, combined with the work from Chris, our graphic designer,

put ideas in our heads. It’s not quite a strategy but this is the method we used and if we write music in this way it’s going to end up being conceptual because it all comes from visual images.”

That imagery is plastered all over Macondø’s social media and within the album’s artwork. From the first

track ‘Dawn’ to the last, ‘The Monster,’ II starts with a musical narrative that goes from being cut adrift and confused to militantly fearless and triumphant. The artwork also encapsulates the journey of the drifter. They are abandoned, lost and thrust from a destroyed planet looking for a new home. Wherever they inhabit next could be dangerous but the world that has been left behind has taught them many lessons.

Some of the band's album artwork. Image via Chris Slabber

Drummer Jake Nimer, who has featured previously in That’s for his musical endeavors in China’s capital, explains why Macondø’s appeal has lasted so long.

“I remember when we played at Omni Space, which is one of Beijing’s biggest venues. It was the first time I played a huge show like that, and I came off stage just buzzing, absolutely buzzing. The sound on stage was great and there was something like 800 people watching. It was so busy.

“I saw Macondø a lot before joining. I think the sheer hit-you-in-the-face kind of vibe is such a big part of it. We are saying ‘This is Macondø; this is what we do. We're hard-hitting and we are here to make some loud music!’”

With success has come a management deal that helps Macondø book shows across China and promote their music. It was brokered by the group’s second bass player Fred Shi.

The Beijing local makes his living as a pro-musician and producer and has proved to be a valuable asset that not many majority-foreign bands in China get access to.

“Shi is in the industry and knows the right people,” remarks Slepicka. “He helped us get our management deal with the label. We wouldn't be the same band if it wasn't for him joining. He's not only a musician, but he's also a ‘wheelerdealer’ kind of guy.”

Although Shi himself admits kickstarting the commercial activities came down to his contacts, what the

band has musically stretches beyond business.

“Macondø is like a family for me, we’re a bunch of really good friends who’ve been through a lot together. It’s driven by passion and our varying tastes make us blend. I like the ambient atmospheric sounds as much as the vicious aggression. It’s both the people and the music, and it’s satisfying.”

As the two longest-serving members, Slepicka and van Wyk have made China their homes and are both raising their families while trying to balance work and performing commitments. Macondø’s seven-year tenure will continue but under much more organized circumstances, and why not? Their rockfueled sound explosion into space has no plans of stopping, even if at home things are a bit more down to Earth.

“I have a feeling my son is not going to get it until he is maybe at high school or university.” Laughs the dad of 17-month-old Kian Slepicka. “I didn't get into post-rock until after university when I saw a bit more of the world and started in the workforce. So, we’ll see. Maybe. His favorite song now is ‘Wheels on the bus,’ so I'll give it a few more years.”

Image via Simone B

Since the COVID-19 pandemic began in early 2020, life has been up and down for all artists. Restrictions on travel and venues and rehearsal spaces have hindered momentum. The time away from touring and gigging has given these four the time to write but the hunger to get back out on the road remains, as van Wyk explains.

“Macondø has afforded us to see parts of China I wouldn’t have seen otherwise. It's taken us all over the

place. That is the thing – we do have ambitions. It would be awesome to play a festival in Europe. We were looking at that at one stage, but it just hasn't materialized yet. The current situation took away a lot of

energy and drive. We have to look for motivation to do things, which is why we started working on another album.”

“We were in Shanghai on tour earlier this year and there were 200 people there to see Macondø,” adds Slepicka. “We got to play the whole second album and parts of the first and it was just so special to see our work come to life. Having people in a different city come to enjoy the music and see the work that we've all put in was also special.”

The story is far from over and neither are the tales they tell. More lineup changes are inevitable and the situation surrounding their music environment remains uncertain. As members get older, a band at this level gets harder to maintain with urgent career pressures and family life becoming more important. Whatever the future, everyone who has been involved with Macondø has proved: Performers don’t need words to cater to their audiences, just sounds to inspire them. 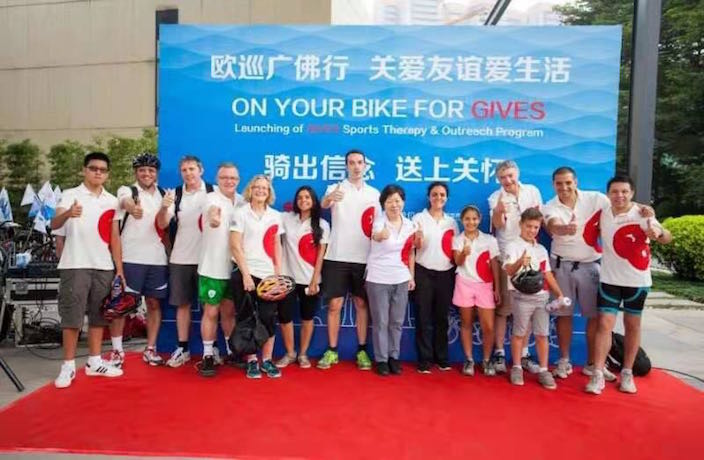 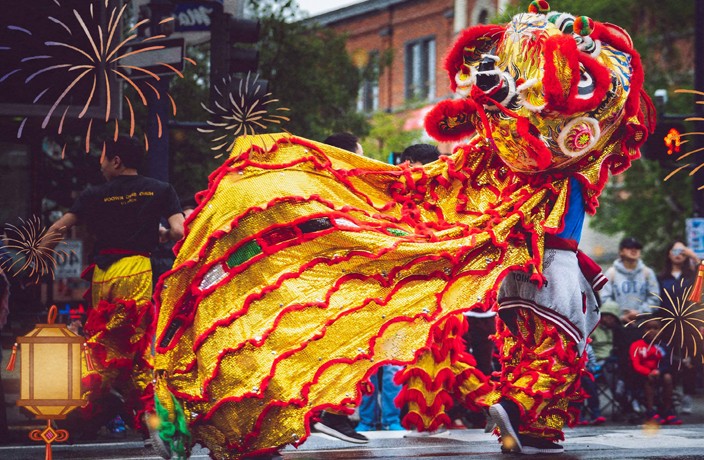 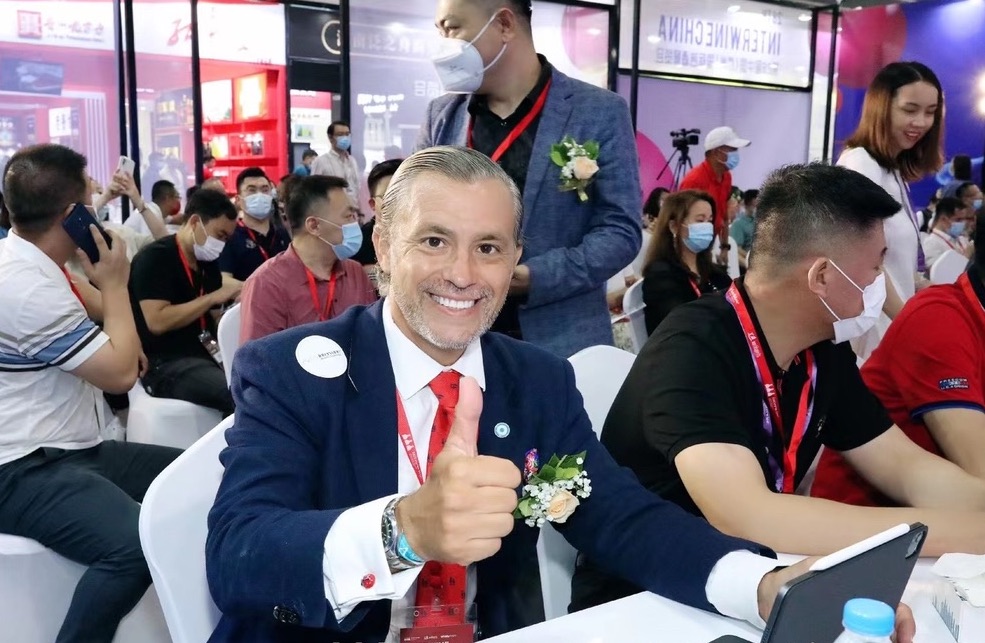