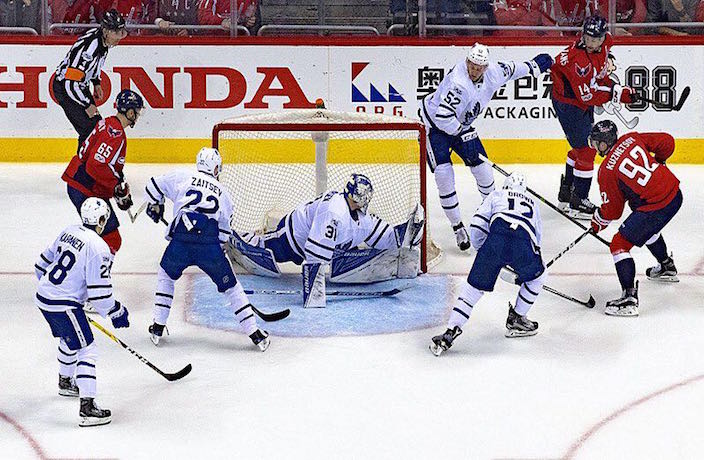 Surely the roughest Winter Olympic sport, ice hockey is not for the faint-hearted.

A contact sport played between two teams made up of six players each, the aim is to get the puck into the opposing team’s goal – simple.

Each player is equipped with a stick, ice skates and full-body padded protection. The formation of each team usually involves a goalkeeper, two defenders and three forwards.

Don’t be shocked if you see a few fights between opposing players.

In both the men’s and women’s competitions, Canada are strong favorites; the country has already won a total of nine Olympic medals.

However, the men’s team finished a surprising third in Pyeongchang 2018. If anyone is likely to cause an upset this time, it could be 2018 silver medalists Germany.

In the women’s competition, it’s a fairly safe bet that the final will come down to the United States and Canada. Since women's ice hockey was included in the Winter Olympics in 1998, all but one final has been contested between the two nations at the Games. The exception was Turin 2006 when Canada beat Sweden 4-1.

Both China’s men’s and women’s teams qualified for Beijing 2022 as hosts. But they’ll be in no doubt about the challenges they face from teams like Canada, the United States and Germany.

The women’s team is ranked number 20 in the world. Meanwhile, the men’s team sit at a lowly number 32.

The women missed out on a medal at Pyeongchang 2018. For the men’s team, Beijing 2022 will be their Olympic debut.

Could this be the year for Chinese ice hockey? It won’t be easy.