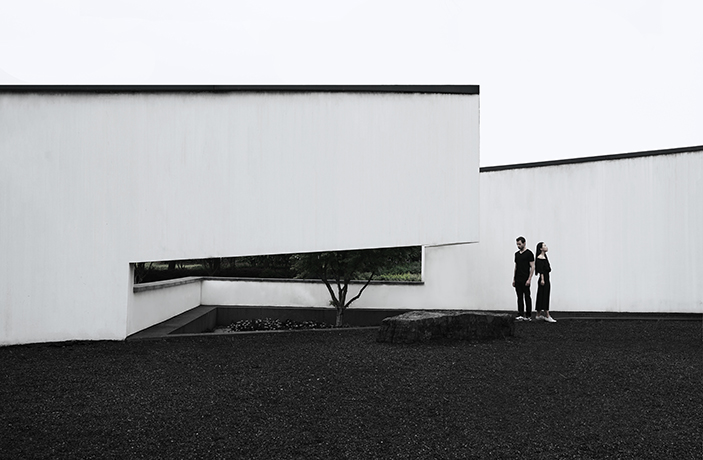 Scrolling through the Instagram feeds of Han Xiao (@hx1125) and Emanuele Ali (@ema_eye), you’ll find a similar minimalistic tone: A single ‘model’ posing in front of a clean background (usually the walls of interesting buildings) taken from afar so that the main subject is dramatically framed by his or her surroundings.

Sometimes their shots are decorated by shadows that cut sharply through the image, creating angular shapes that imbue depth. This exaggerated correlation between the positive and negative space and their attention to details from lighting, angle, symmetry to composition appeals to those with even the slightest OCD tendencies.

Han and Ali are one another’s favorite shooting partners, often appearing in each other’s pictures. The two met about four months ago in Shanghai through Instagram, and have been shooting together every week ever since. For Shanghai native Han Xiao, photography has been an outlet for her to express her creativity for the past three years. A high school political science teacher by profession, she joined Instagram in 2014 and has since earned over 63,000 followers on her meticulously curated feed of minimalistic portraits taken in her hometown and while traveling.

Her penchant for minimalism can be traced back to early childhood, and she credits her Japanese grandfather, who was previously based in Shanghai, with developing her natural eye for creating such imagery. “I remember visiting his apartment in the former French Concession every weekend. It was very Japanese, very Zen – lots of white space and warm wood – all laid out in a very neat manner.

My current bedroom is decorated just like that,” Han tells us at a café near the Fuxing Soho office tower. Its pristine white and futuristic elevator lobby is one of her favorite locations in Shanghai to capture a minimalistic portrait. While photography is mainly a hobby for Han, it has been an important aspect of Emanuele Ali’s graphic design career for the past 15 years. Originally from Milan, he’s been living in China for the past two years and had recently established his own trading company for clothing. With his passion for visual arts, Ali also often designs menswear items for his clients.

"In recent years, Shanghai has developed an obsession with black and white architecture" - @ema_eye

“I’m very detail-oriented,” he confesses, revealing his inbred artistic flair during our conversation. “When I take on art direction projects that requires setting up photo shoots, I decide on everything from the angles to the lighting. I only ask the photographer to be there to press the shutter.” Eventually, that part of his work has developed into a hobby. Similar to his partner-in-crime, minimalism is reflected in many aspects of Ali’s daily life. He explains, “I only wear basics, no prints. My food is always undressed. My photos and clothing usually revolve around four colors: black, white, gray and ‘greige’ (a blend of grey and beige). I like things clean and simple.”

Besides their weekly excursions to explore the city via their camera lenses, Han and Ali enjoy traveling abroad together with a group of likeminded photographers, a ritual that Han’s been observing since she joined Instagram. The two have already planned a trip to New York City together this July with a couple of other Instagrammers. 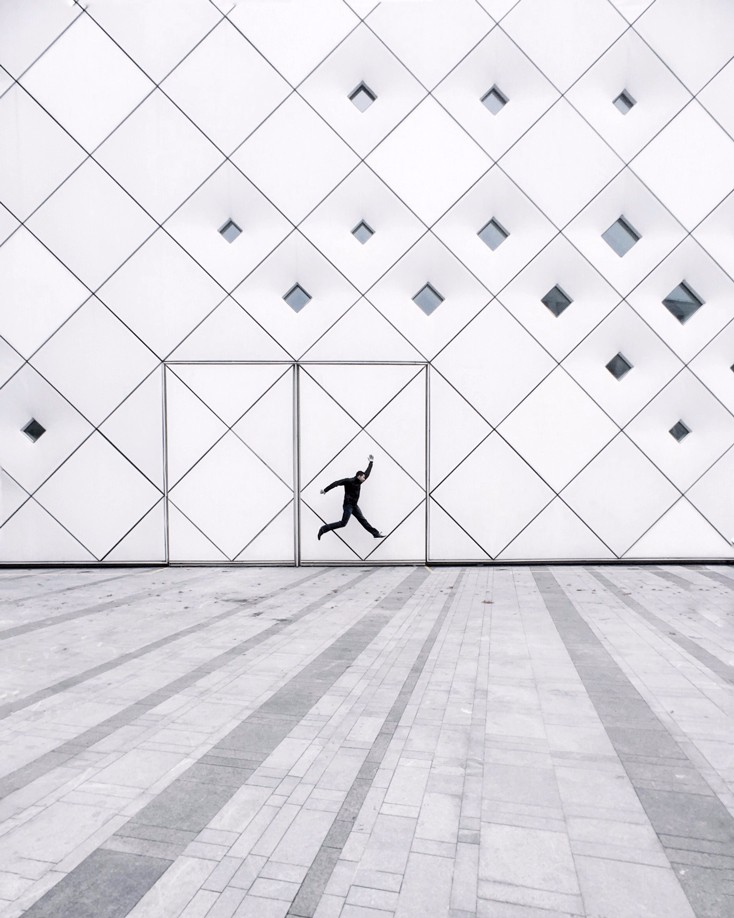 “I get three months off during the summer break, and always fly out of China on the first day of the holiday,” the high school teacher tells us while scrolling through some recent travel photos taken in Iceland and Morocco.

“Traveling with Instagrammers is always amazing, especially if you know each other’s style and methods. They understand why I need to stay at a place for hours waiting for the shadow shape that I want, or come back the next day when the conditions are better. Other people would think I’m crazy.”

"Instagram isn’t just a number game. It’s not just about pleasing others. Finding your own style, and curating your feed is the most important thing" - @hx1125

Selecting a location is the first step to setting up a shoot, and it’s probably the most important one, Han explains. “I check websites like ArchDaily regularly to keep track of interesting new buildings in Shanghai and around the world. When I see something I like, I add a pin on Google Maps. When a city has lots of pins, it’s time to plan a trip there to shoot.” Ali goes one step further, checking the surroundings of the building to maximize an element his shots pay particular attention to: shadow.

“Shadows have the power to create a special mood on even the simplest blank wall,” he tells us. Ali prefers locations with interestingly shaped buildings nearby, where the interplay of sunlight and shade create an infinite number of shapes and lines to garnish the frame. For him, Shanghai’s a heaven for creating the imagery that he’s so fond of.

“[In recent years, the city] has developed an obsession with black and white architecture and design – many new buildings, cafes and other social spaces follow this minimalistic trend. Even photographers abroad have left comments like this on my Instagram; they all want to visit the city to shoot it,” he adds. Having been a part of the Shanghai Instagram community for three years, Han thinks there could be still be more room to encourage more diversity in terms of the styles of photos: “Instagrammers in Shanghai often just follow what’s trending. It’s either rooftopping, playing with drones or going minimal. There aren’t all that many unique styles out there.”

She adds, “Instagram isn’t just a number game. It’s not just about pleasing others. Finding your own style, and curating your feed is the most important thing.” 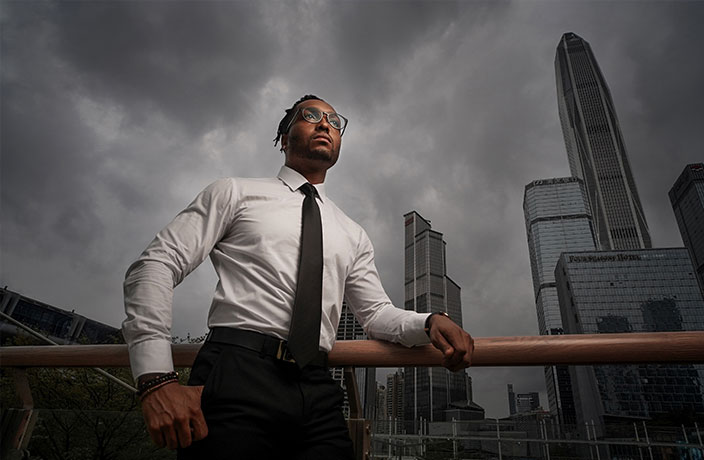 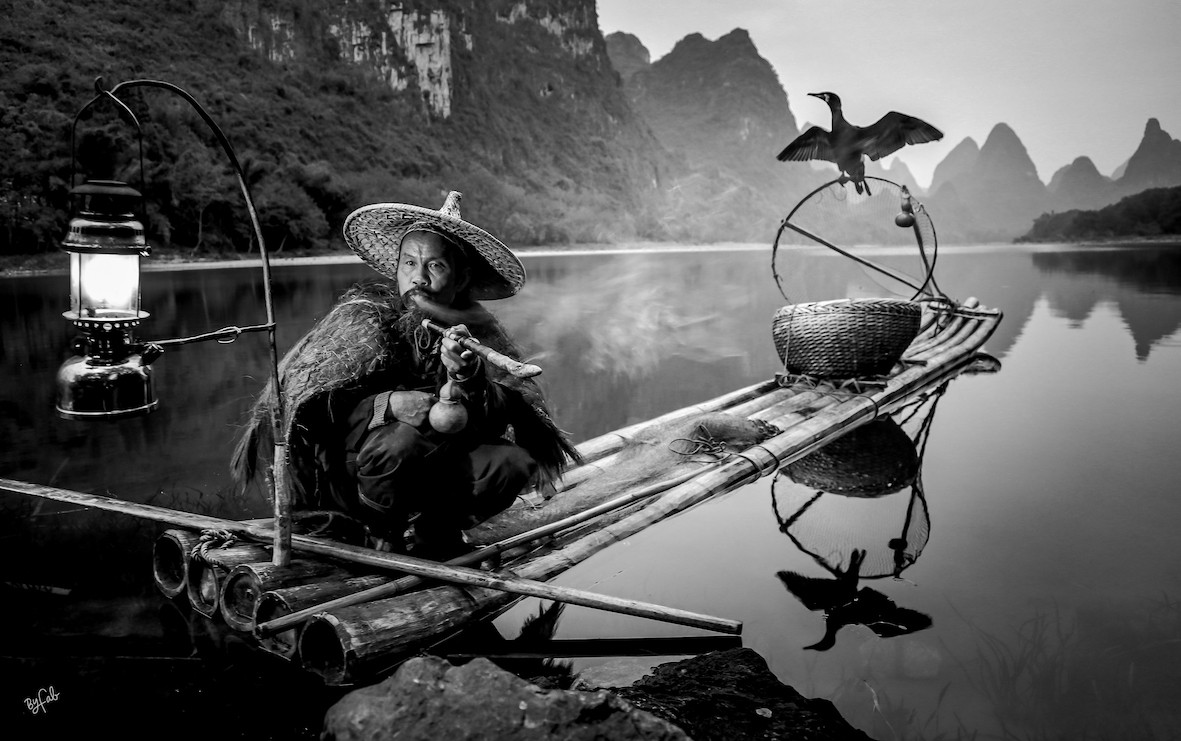 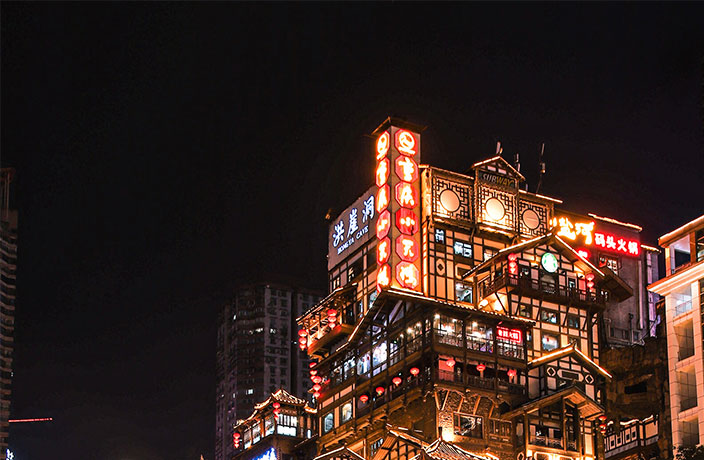 Go out and explore China.

Fall in Love with Nature with This Stunning Wildlife Photo Book

This bilingual photo book is ideal for animal and nature lovers and wildlife photography enthusiasts alike.