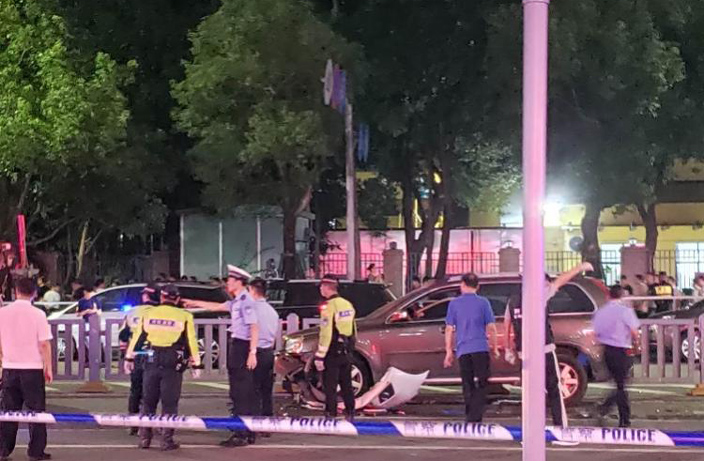 Around 7.20pm on May 16, a man killed three people after losing control of his vehicle in Shenzhen. According to Shenzhen Traffic Police, the car was riding southbound on Nanshan Dadao when the driver lost control, crashing into a lane divider where a large group of people were waiting to cross the major road. 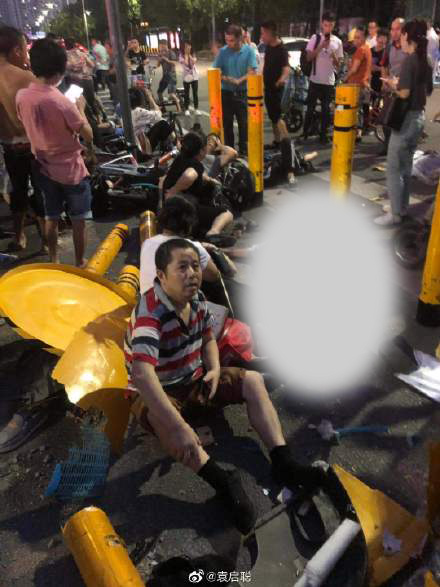 Police promptly arrived on the scene and have already confirmed that three died in the accident while seven others were injured. The driver, a 23-year-old surnamed Liu, has been detained by police, who confirmed via a Weibo post that he was not under the influence of alcohol or drugs.

Police stated that upon early investigation, the driver is believed to have lost control of the vehicle after suddenly becoming sick. After further investigation, police confirmed that Liu’s medical records show he has received treatment for epilepsy and limbic encephalitis in the past, and a medicine bottle was found inside his car.

Footage of the immediate aftermath shows the driver smoking a cigarette in his car while the tires continue to turn, with the body of the vehicle seemingly halfway lifted off the ground. A video of the disturbing scene, published by Red Star video, is no longer online. Police are still investigating the case while Liu remains in police custody.

Update (May 17, 2019 6.28pm): this article has been updated to include the most recent information about the police’s investigation into last night’s deadly accident.