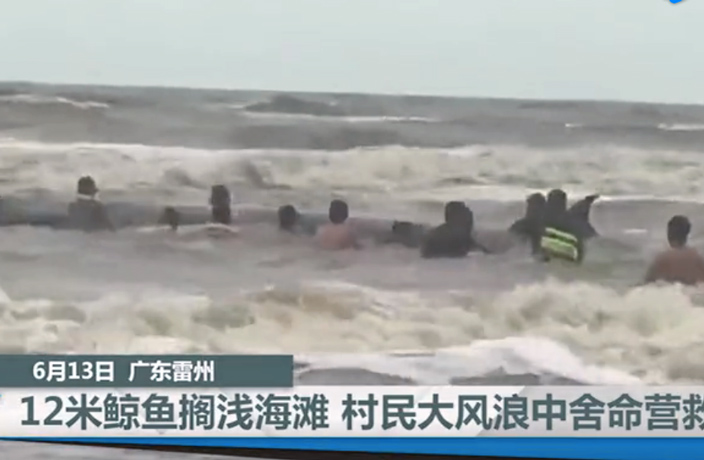 Last week, on the night of June 13, a 4-metric-ton whale died after washing ashore on the coast of the Leizhou Penninsula in Guangdong province, according to Daily Mail.

Approximately a dozen men can be seen struggling to move the distressed cetacean away from the shallow shores, and initially they appear successful. Tragically, later that evening, the hefty mammal – identified as a Bryde’s whale by Guangdong Ocean University experts – washed ashore once again.

Under the supervision of authorities, a large crowd of people worked tirelessly to guide the beached whale further into the ocean. But after several hours and three attempted rescues, the adult Bryde’s whale was pronounced dead at 9pm.

Watch footage of the rescue attempts below (VPN off):

Late last month, beachgoers at Huizhou’s Daya Bay successfully rescued a whale – albeit a much smaller one – from a similarly helpless situation. Unfortunately, this time around, efforts were to no avail.

In what is obviously quite a dismal story, a small silver lining lies in the well-intentioned efforts by the public to prevent the animal’s premature passing.

China doesn’t exactly have a reputation for treating its animals – let alone whales – particularly well, so we’ll try to at least be optimistic about the outcome in this particular case.

At nearly 12 meters long, the deceased whale was of a modest size for its species, which max out at 15 metres for males and 16.5 metres for females according to the Whale and Dolphin Conservation.