Standing with award winning chef Mauro Colagreco in his vegetable garden in Shanghai, the white noise of the metropolis falls silent and the lush greenery takes over. These organic pastures, the main source of produce for high-end Latin American restaurant ‘Unico by Mauro Colagreco,' are also the sole inspiration behind the establishment’s culinary creations.

Standing among a plethora of tomato vines, sampling those ripe for the picking, Colagreco hands over a small red tomato. “This one is sweet and perfect for the sauce,” he explains. Watching him forage through numerous varieties of tomatoes, it's clear why this two-Michelin-starred chef has impressed critics the world over. “It is important for a chef to have a garden and know the produce,” he elaborates. 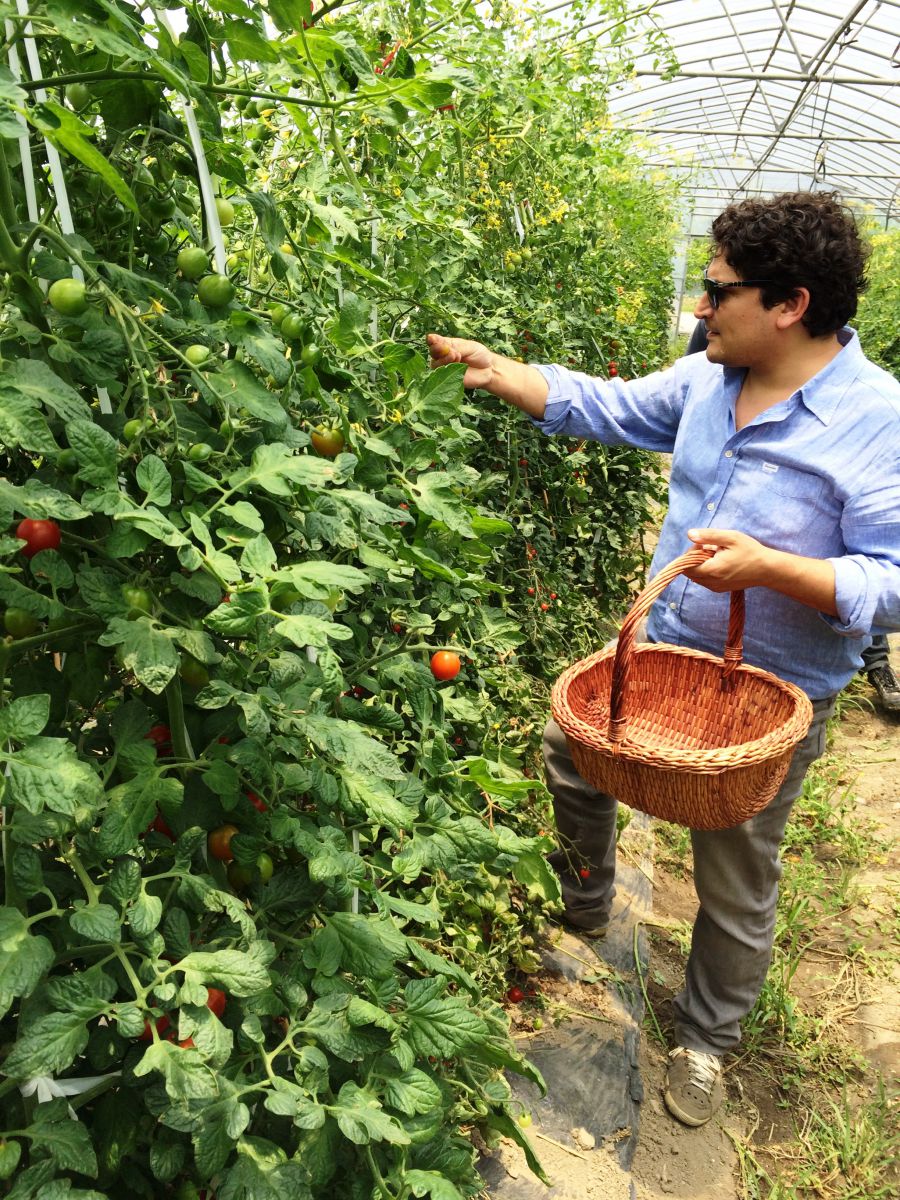 Growing up in Argentina, the rising culinary star had a tiny vegetable patch in stark contrast to the extensive horticultural land he now enjoys at Yang Guang Tian Yuan. Initially pursuing a career in economics, he  found his passion for food and attended cooking school in his home country.

Despite not speaking a word of French, he then travelled to Europe and enrolled under three Michelin starred Chef Bernard Loiseau a the Lycée Hôtelier cookery school in La Rochelle. From there he managed to combine his distinctive cooking with business and in 2006 opened his own restaurant, Mirazur, in Southern France, recently named the 11th best restaurant in the world. 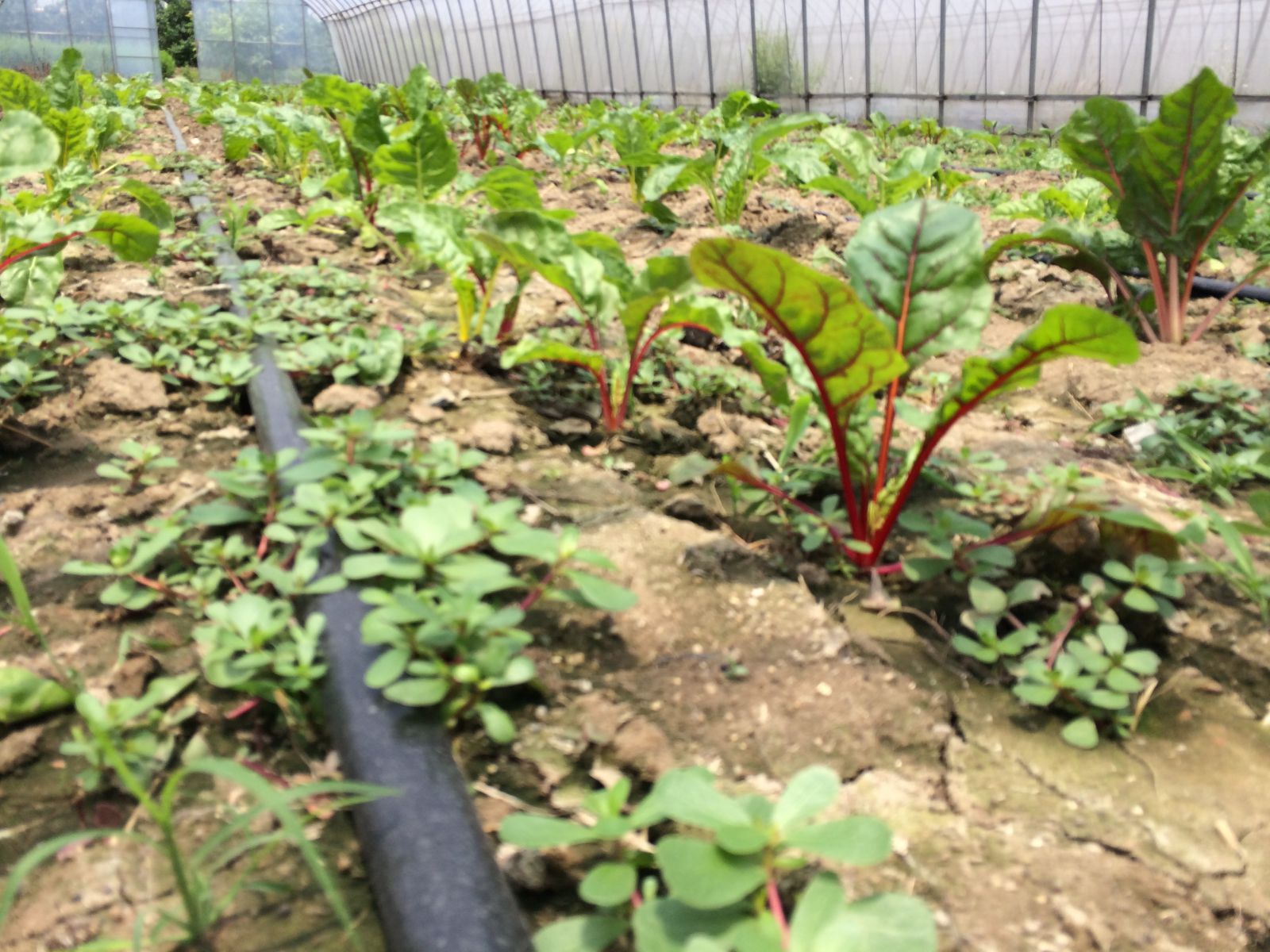 In 2012, Shanghai was lucky enough to be chosen as the location for his second restaurant ‘Unico by Mauro Colagreco’. “I first visited Shanghai during the expo and loved it – it is so cosmopolitan," he divulges. " My friend proposed I open a restaurant here and I said ‘let’s do it’, it was very quick.” Before opening the restaurant in Shanghai, Colagreco sought out an organic farm where he could exercise his ethos of 'earth as a source'.

The farm, which he says makes the restaurant so unique, also grows corn and tomatoes from Argentina and earlier this year he brought  tomatoes from his garden in France to add to the many varieties now available. He proudly states that more than 80 per cent of the restaurant’s produce is now locally sourced. 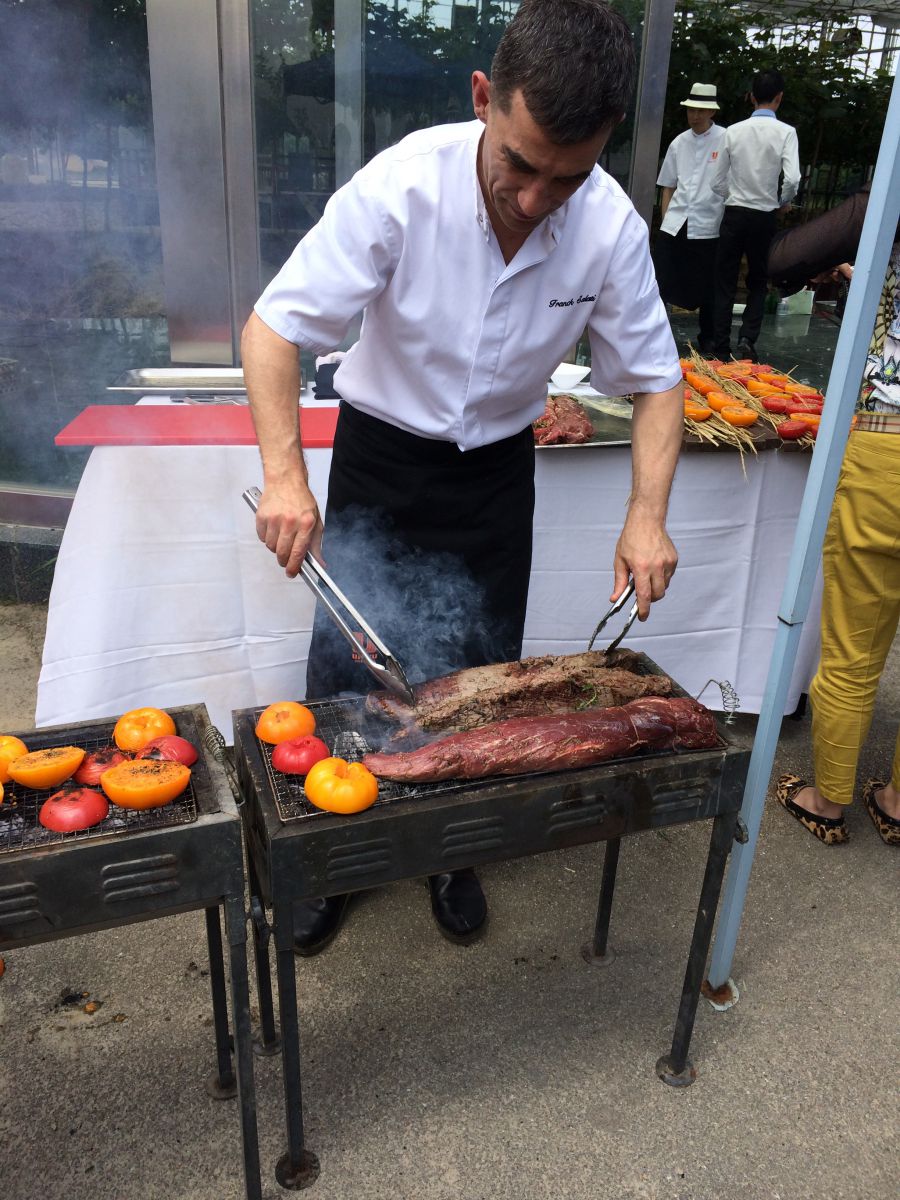 Walking through the paradise of apricots, tomatoes, radishes, corn and pumpkins leads us to discover where this produce really excels – the dishes themselves. We sample a starter of homegrown tomatoes with aged feta which oozes seasonal quality and is sharpened by the salty cheese. A main course of perfectly char-grilled Australian tenderloin steak with sesame sauce is accompanied  by roasted organic vegetables complemented with an aromatic Malbec hailing from the Rutini vineyards in Mendoza.

While this was a once-off dining experience in the garden, the concepts showcased are translated at his restaurant on the Bund which focuses on quality and simplicity using organic seasonal vegetables allowing Colagreco’s South American heritage and French training to shine through. Table Life wants you to win RMB500 of luxury groceries

Table Life wants you to win RMB500 to spend on groceries at their store. Here's a glance at exactly what you could buy with that... His restaurant in France, Mirazur was recently named 11th best in the world. Unico's Mauro Colagreco tells about about his new spring menu and the difference between Chinese and French diners.

The party went down at the White Cat and Bow Tie Party @ Unico on Friday. All the pictures here.

Win a table for 10 at the Shangri La St Patrick's Day Ball!

Fancy a free dinner, free alcohol and a good old Irish jig or two? Sherpa's are offering you the chance to win a table for yourself and nine friends at the St Patrick's Day Ball.

The legendary Ahmir Khalib Thompson, better known as Questlove, was back in Shanghai this week, playing a DJ set at Unico.

Unico will be hosting a special free performance by the acclaimed Remi Panossian Trio on November 9. The trio recently was recognized for Best Revelation Jazz album for their recently released Bbang.