While Beijing, Guangzhou and Shenzhen are slowing down, Shanghai is like: “Nah. Let’s open up more restaurants and bars.”

Cool, we are totally on board. 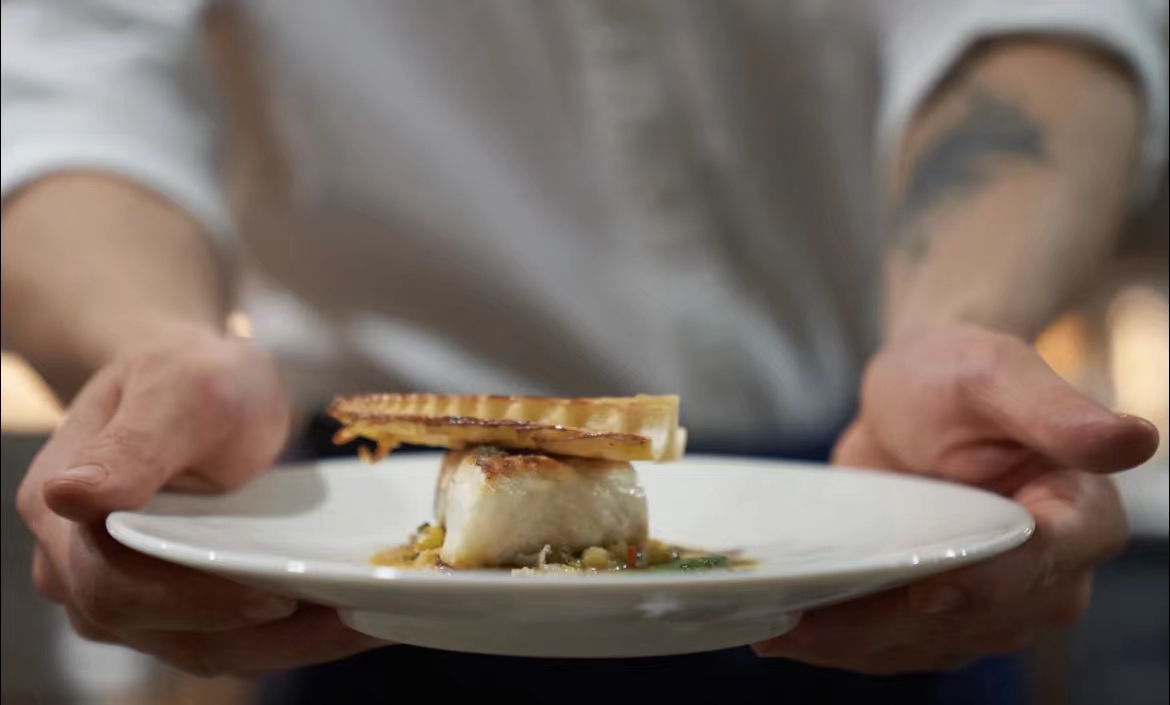 Coming to us from the same team behind wine bar Mavis is Netta. Located on Yan'an Xi Lu, this duo-concept venue offers wine and cocktails on the first floor, kitchen counter seating on the second floor and individual table seating for 30 on the third floor, where guests can partake in chef Jeremy's experimental, 'carte blanche' menu.

Still in soft opening, expect French-leaning fare, with plans to update the menu seasonally, and an extensive wine list. 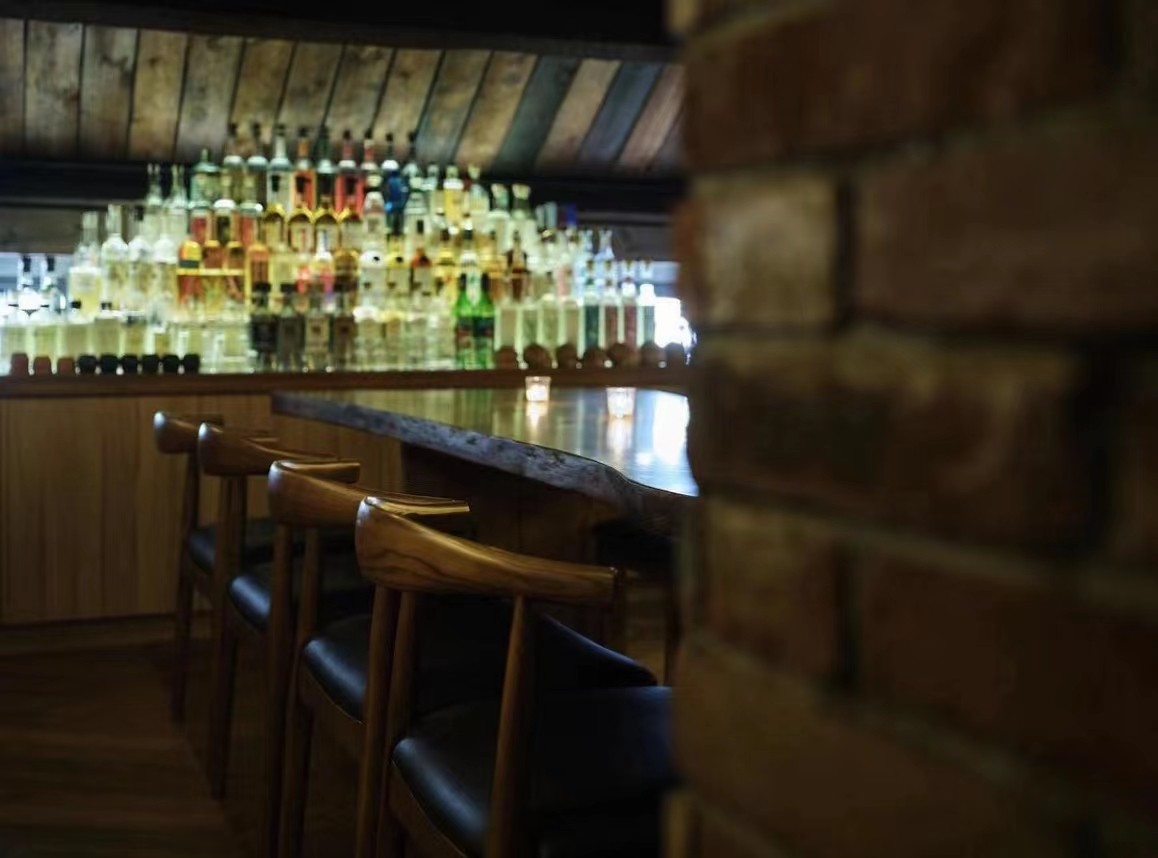 More in bar news: after so much anticipation, (we have been waiting for this for months) COA of Hong Kong – No.1 bar in Asia’s Top 50, and the World’s No. 8 bar – opened its second location, right here in Shanghai, on March 8 on Jiaozhou Lu.

With eight agave-focused signature cocktails on offer (the same from their menu in Hong Kong) plus eight contemporary cocktails, plus nibbles, this venue is sure to garner many worthwhile re-visits. 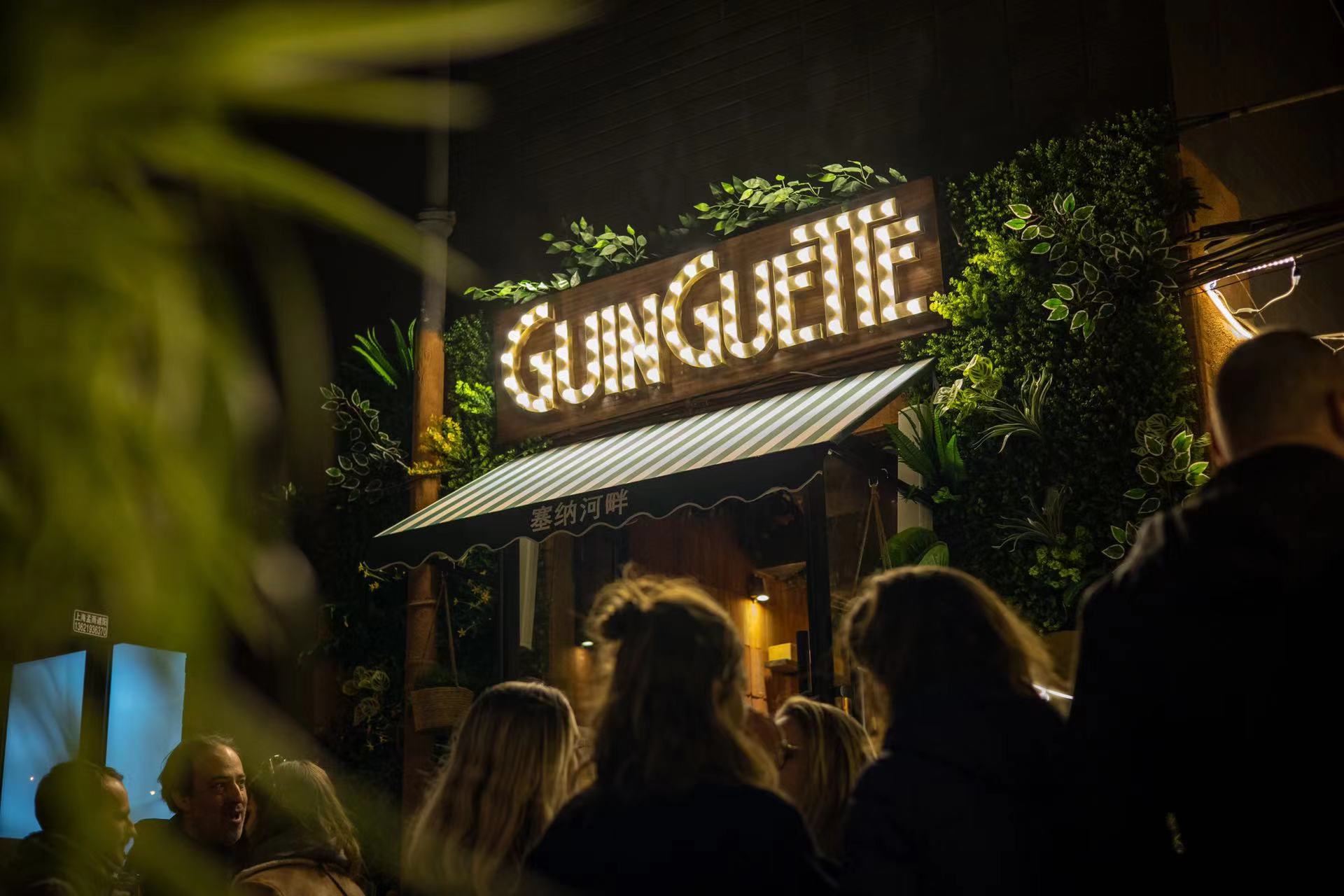 This Mexican-inspired craft cocktail bar is all about bringing agave spirits to the forefront of Asia’s beverage scene.

As one mezcal bar comes in, another one moves out. La Guinguette, a French wine and aperitif bar, has replaced the mezcal bar Espíritu on Yongjia Lu. Their grand opening took place on March 5. 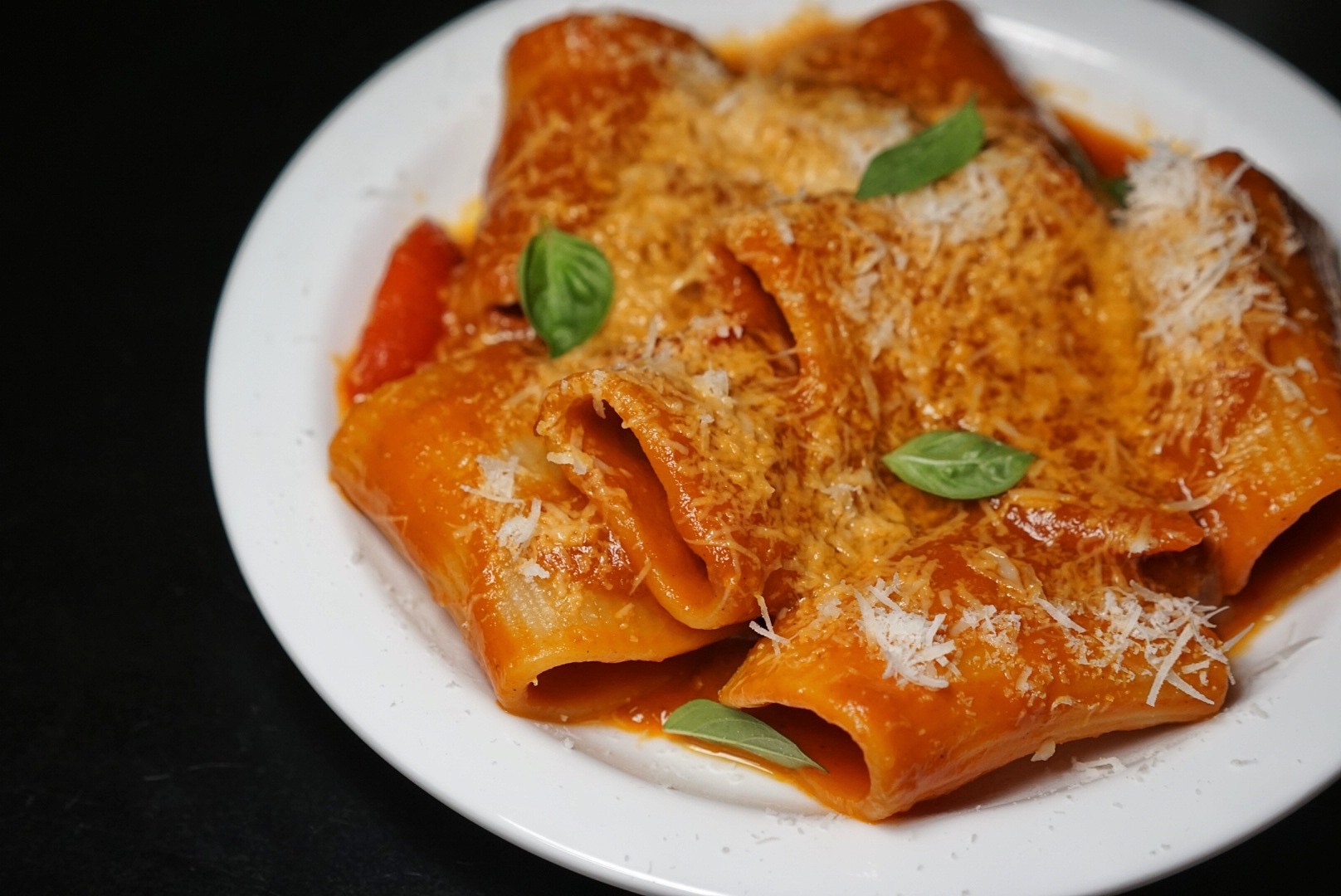 Italian Chinese fusion pasta shop Yaya’s by chef Dan Li (previously of Bird), Andrew Moo (Taste Collective, Le Daily) and Mike Liu (Lucky Mart), is finally opening a brick-and-mortar store of their own. It is on Tongren Lu and welcomes diners from March 15.

The plan is to be open daily for lunch and dinner, offering a fuller menu of 6-10 pasta dishes, snacks, wine – heavy on the natural and organic varieties, knowing this trio – and fun drinks, with a rotating selection of food specials.

The idea is a casual neighborhood eatery; no frills, no fuss. We can’t wait for more of those tooth-some pastas to fill our bellies. 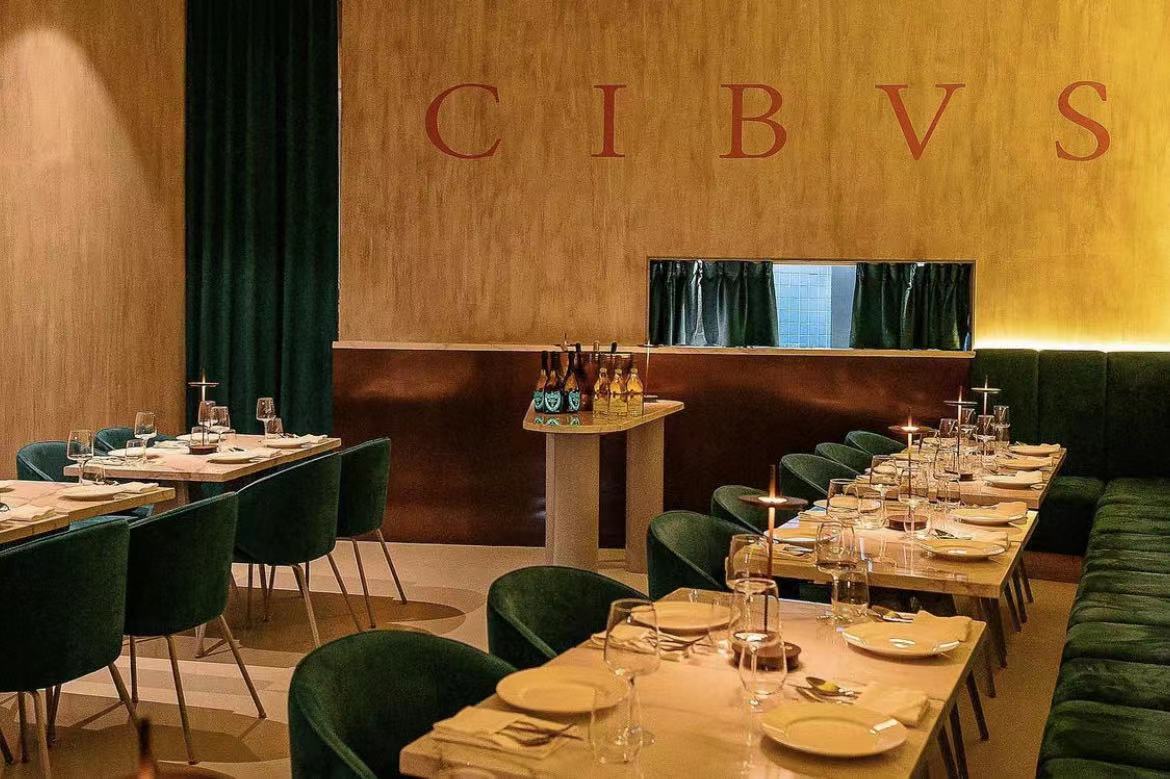 The team behind Il Nascondiglio – Shanghai's only Italian private dinner concept, where just one table is served a set menu per day – have decided to expand to meet demand, with an open-to-the-public contemporary Italian restaurant on Yuyao Lu. It is called CIBUS, meaning 'food' in Latin.

The small menu, headed by chef Andrea Canciani, will change quarterly, and focus on seasonality and modernity rather than the classics

Don't expect to find pizza, Bolognese or eggplant parmesan; do expect a menu chalk-full of inventive raviolo, homemade pasta and an impressive wine lineup, that all live up to the venue's tagline "the art of eating well." 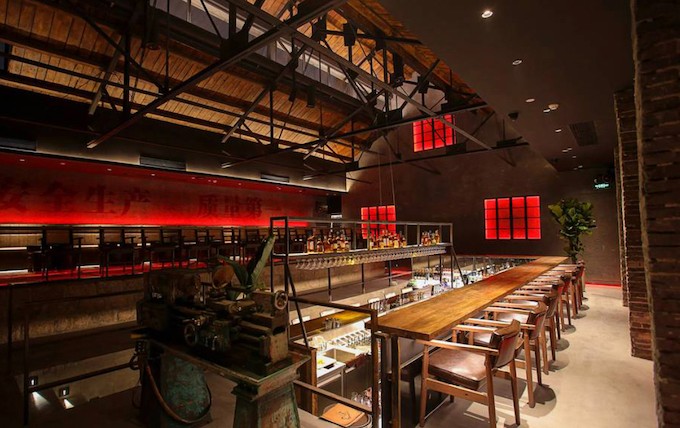 Baobao Burger – an ongoing, fully plant-based burger pop-up taking place at Egg from 6-9.30pm every Thursday, Friday and Saturday – is all about breaking that misconception and revolutionizing whatever preconceived notions you may have about vegan burgers. 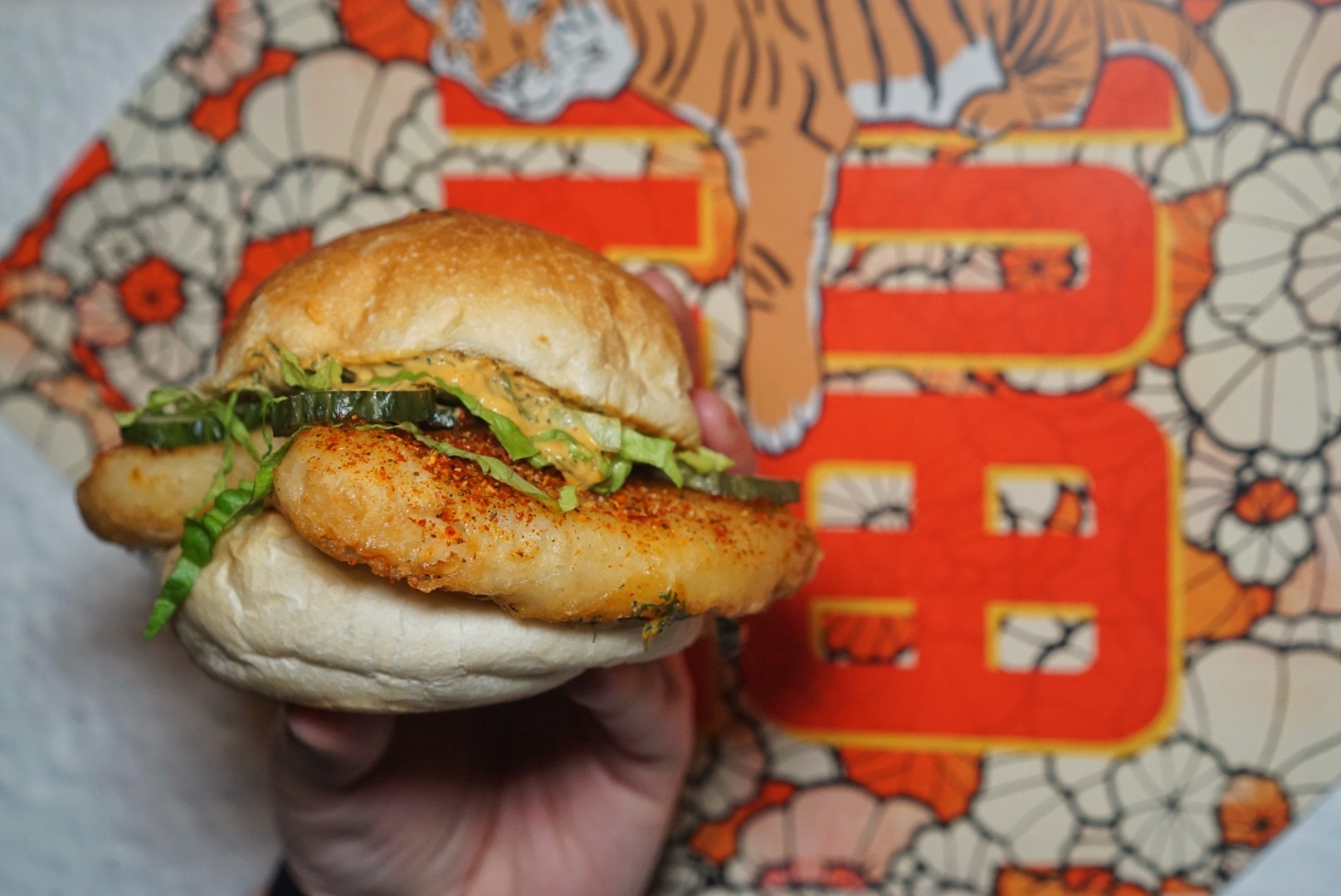 The popup, headed up by Shiyin Wang, is set to run through mid-March, but a little birdie told us it may be extended for another month if you readers go and love it as much as we do. The hope is to keep it running and eventually turn it into a full restaurant at a TBA new location.

Pie Bird, one of Shanghai’s go-to options for American style dessert pies, is opening American Pie Bar in Xintiandi Plaza in June. There will be a new series of ice cream products inspired by traditional American desserts like sundaes, floats, frozen pies and jelly.

Oh yeah, and a pretty big terrace, ideal for enjoying these summery confections in the sun. 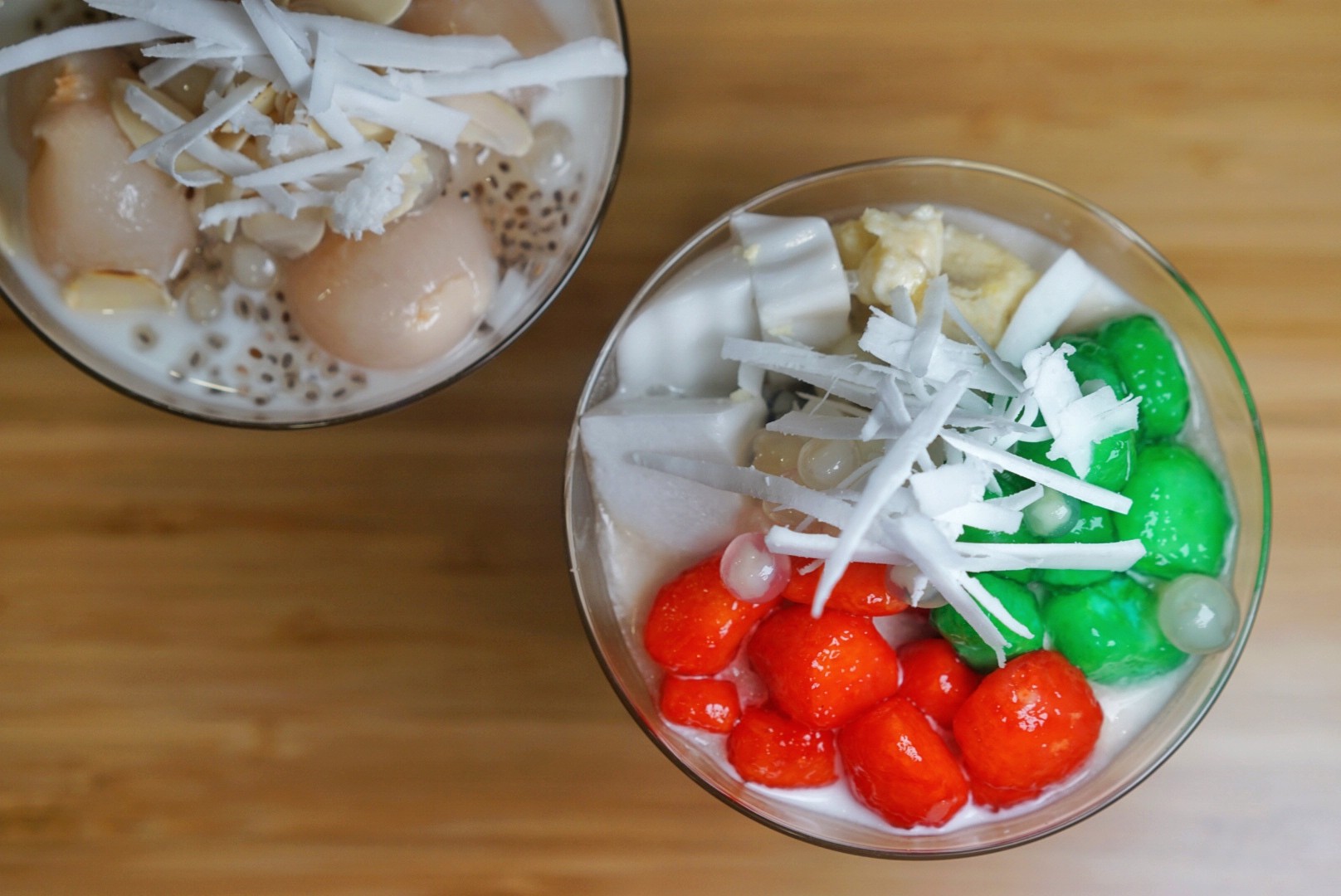 Pho To Shop opened its third location in Xuhui on Huashan Lu in February. While the main menu is similar to its other spots, this venue offers a wider variety of traditional Vietnamese desserts and coffee beverages.

Riding on the coattails of the success of their second opening of Azul Italiano in 1000 Trees, Colca Group also opened Xouk on the 5th floor of the same mall at the beginning of March.

The food concept is casual western, like Gaga, with a focus on convenience, while the décor is Middle Eastern. Plus, there is a huge – and we mean huge – patio. 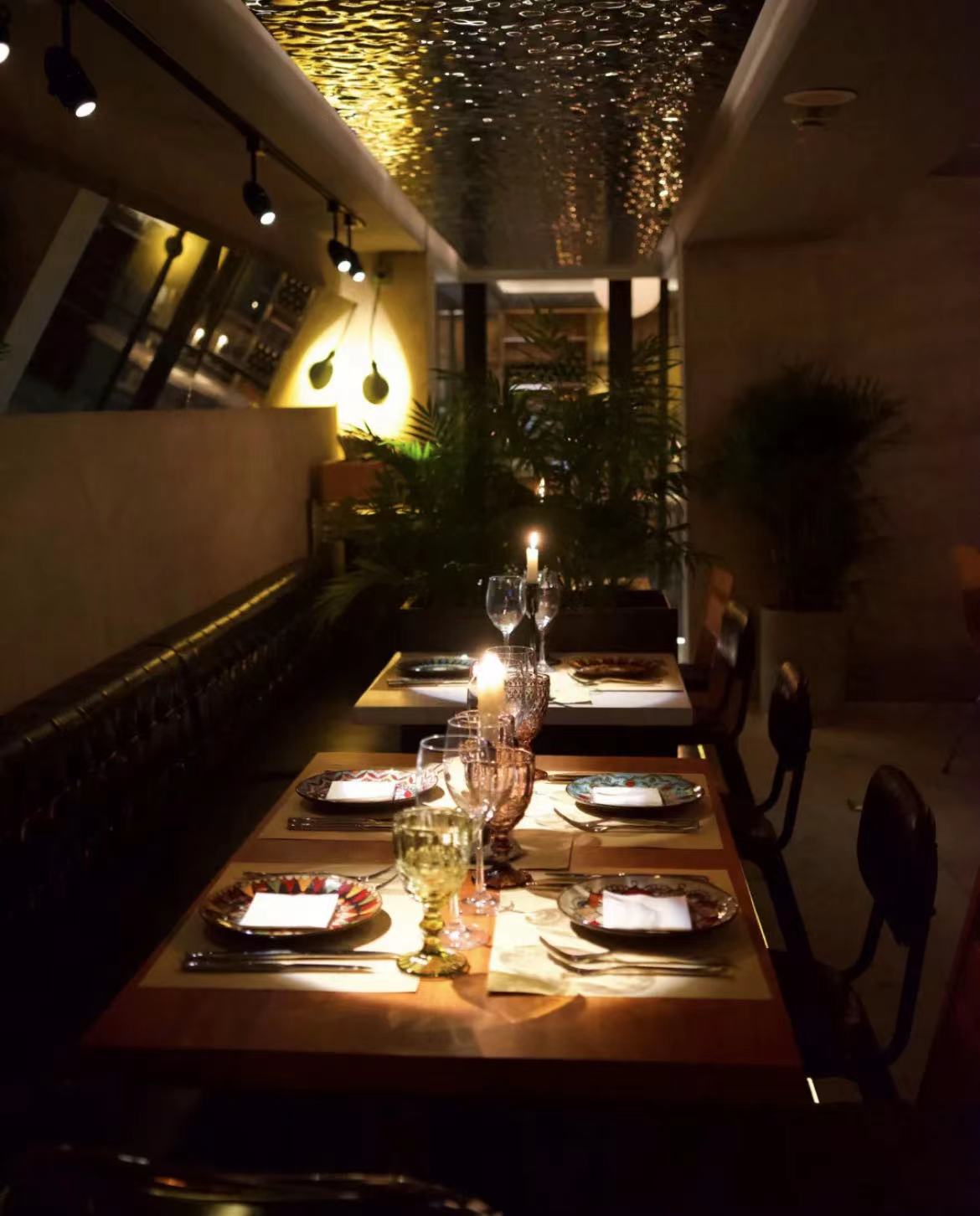 The Mosto Group – the team behind Mosto in Beijing, Moka Bros and La Social – has opened Shanghai's own Mosto on the corner of Shaanxi Nan Lu by Julu Lu.

The sunlit filled fifth floor bistro, that opened its doors the last weekend of January, offers Jing'an skyline views in an unpretentious yet intimate setting. 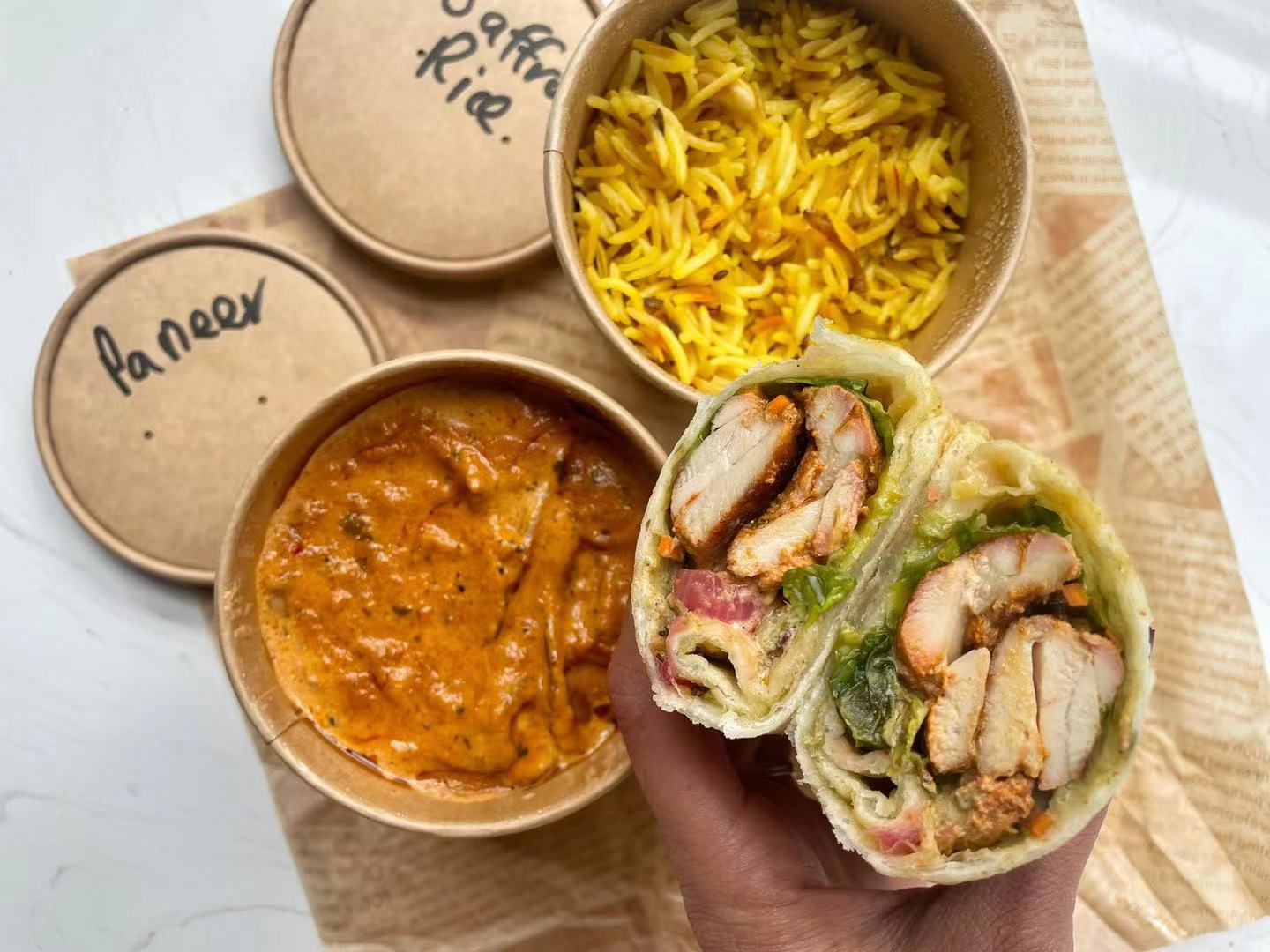 Tiffin, a satellite kitchen brought to us by the team behind Klay, began delivery from Xuhui in October, and has now expanded to a second location in Pudong, expanding their delivery radius.

While the menu by Chef Hardeep Somal is Indian-inspired (it is named after the lunch box-esque holders used in India, after all), not one dish is the same as those at Klay. Rather, the entire menu is specifically designed with delivery in mind.

Crocus is reopening on Nanjing Xi Lu by Huashan Lu after closing last summer, bringing back its insane Sunday deal of RMB80 for all-you-can-eat BBQ beef, pork, chicken, sausages and vegetables plus pizza and salad.

Of course, there are also free flow drink options to add on. 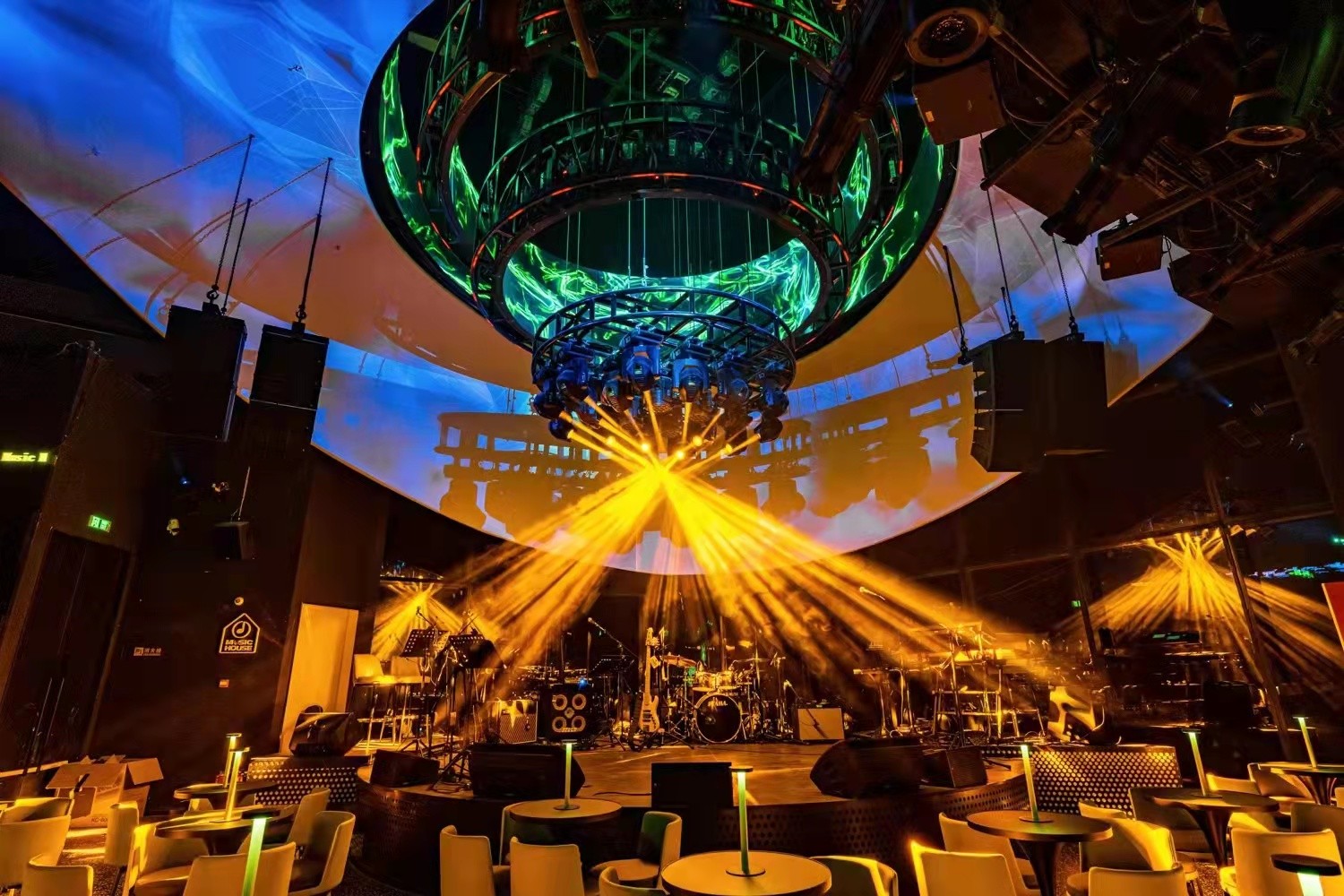 Music House is opening its sixth China-wide outpost and first location in Shanghai, located in One East. With a bar manager hailing from Asia’s 50 Best Bar Epic and a chef from Black Pearl restaurant The Pine, Music House’s recipe for success is pretty much guaranteed.

As the name suggests, it’s a live music venue, featuring bands and DJs every night with music spanning rock, blues, Latin, country, R&B, pop and everything in between. 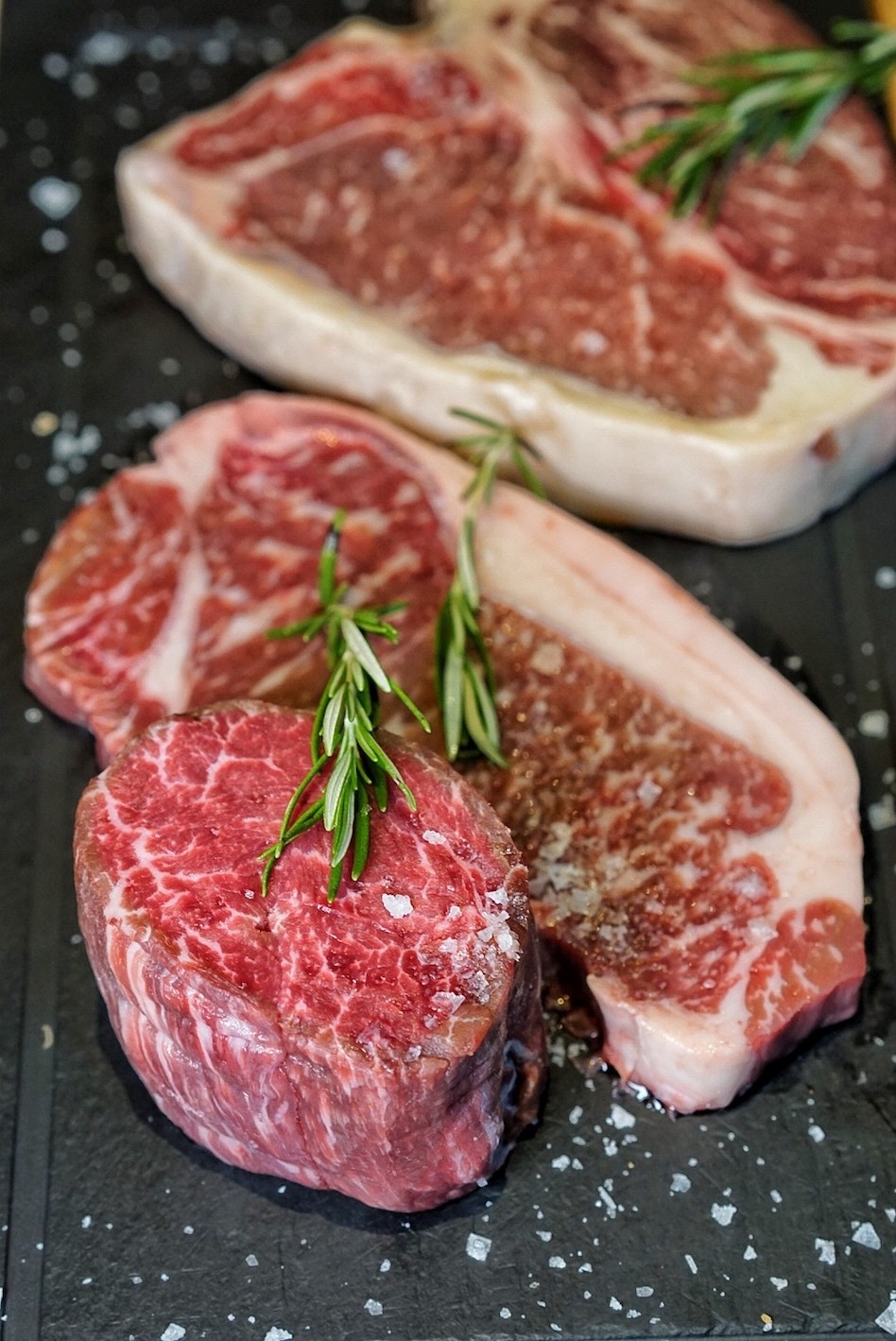 The sixth floor of The Cut in IAPM is closed until April for refurbishment. Coinciding with the reopening, they will also release a new menu and new decoration style. Luckily, the seventh floor (and sunny patio) is still open as usual.