We caught BurgerSuicideClub at an event in ALL Club in late 2019 and were blown away by the four-person group. Making a soup of sounds that incorporates industrial music, punk, experimental electronic beats and spoken-word poetry, the group’s music felt transporting and fresh. Musician and artist Karp (who identifies by the pronoun they) started the project, intending to focus it around their solo work, but over time the group expanded and new musical ideas were introduced. Also a member of psychedelic group Peaking O, Karp founded a performance art and music event called Silver Spoon a little over two years ago. Silver Spoon blends together music, poetry, performance, video and more, with Karp taking the lead as director/curator of the show. We caught up with them to speak about the influences that drive BurgerSuicideClub and Silver Spoon.

Could you tell us a bit about BurgerSuicideClub?
Burger Suicide Club was originally a solo project. Later, the musician Fish joined and we became a duo. We were originally called Eraser Head, but later, it was renamed BurgerSuicideClub mainly due to the influence of a group in Berlin called Pizza Suicide Club. Fish exited at the end of 2018, and the musician Empress CC! joined. She has used an Ableton, drum machine and synthesizer to bring a new musical expression to BurgerSuicideClub. Later again, guitarist Zongshi and poet Sanky joined one after another to make the current four-man lineup.

The sound of the group is very unique. Can you talk about what inspires the music?
Each of our four members is affected differently by music, so the final sound is very strange. When I was young I became attracted to a dark style of music. Later, I came into contact with experimental music and minimalism. I also started to make music based around noise for a period of time. After a while I became interested in the Western psychedelic rock of the ’60s and krautrock after the ’70s. Industrial music also has had a profound impact on me.

Zongshi is more influenced by traditional rock, bands like Sonic Youth, Radiohead, etc. At the same time, he also produces electronic music, with people like Aphex Twin providing inspiration for him.

Empress CC! is an electronic music fanatic. She was originally inspired by Einstürzende Neubauten and Kraftwerk to become a musician. She began producing experimental electronic music and over the course of a long period of harnessing her skills, she is now an adept producer who makes beats with an Ableton and various other hardware with ease.

Sanky was influenced by the early proto punks, such as Patti Smith, and also likes rougher and more provocative industrial music, by bands like Throbbing Gristle.

All four of us like industrial music, and this is the basis of the music of BurgerSuicideClub. 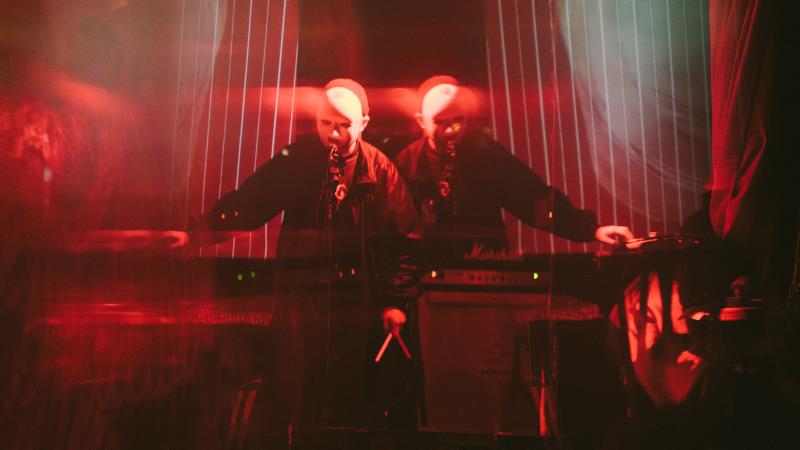 We heard that you guys will be recording some music for BurgerSuicideClub. When are you planning to do that, and what form will the music take?
Yeah, we plan to do a digital release of an album. We’ll probably also publish a CD, or, if we have enough money, maybe release on vinyl.

As well as BurgerSuicideClub, you organize Silver Spoon. What exactly do you try to show with Silver Spoon?
Silver Spoon is a plan that I started in Xiamen in 2017. At that time, I began a public account called ‘Water Ripple,’ mainly to interview local artists in Xiamen, as well as consulting on art and performance activities. After publishing a few times, I wanted to present my own content. The first activity was called ‘Eat Sunflower Seeds and Sound Quartet.’ It was inspired by Yan Jun's show How to Eat Sunflower Seeds. I found four artists to create a fusion of sound, music, performance, video and poetry at a livehouse. Later, I did live shows for Silver Spoon mainly when I was triggered by a concept, bringing people from different fields together.

How important is it for Silver Spoon to combine various mediums, such as music, performance art, fashion?
A lot of groups and labels that perform in China tend to combine various mediums. The difference with Silver Spoon is that I take the performance as a work of art and take the role of a director. My favorite director in recent years is Alejandro Jodorowsky from Chile. His films are very visual and dramatic, using costumes, color and discussions about life and religion. Films with a large proportion of narrative scenes feel to me like organized art events and act as inspiration. Although I don’t do much visual creation, I always think that the visuals and the music are equally important in a Silver Spoon event.

Can you talk about your upcoming plans for Silver Spoon?
We will have a performance after the Spring Festival related to intimacy/artificial intelligence. We’re currently selecting the venue for that show. We can’t disclose the specific details at the moment, so everyone will have to wait and see.