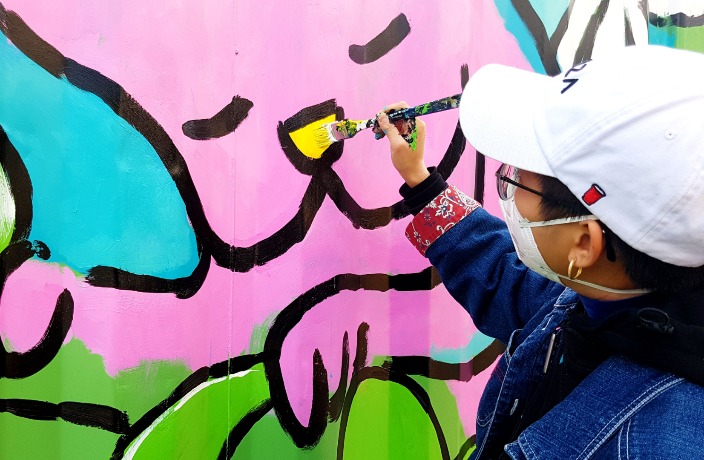 Born from the minds of illustrator duo Jinna Kaneko and Shuilam Wong in 2017, Beijing-based creative collective Hole in the Wall (HITW) has quietly been making a name for itself in the city’s DIY community. What started as an illustrated zine documenting Beijing’s creatives became a boundless brand, now used to collaborate with local artists through events and workshops. We sat down with illustrator Shuilam to talk more about the undefinable collective, what’s special about Beijing’s underground art scene and the concept of live drawing.

Did you always see yourself becoming an artist or did you initially study something else?
I think it was really obvious that I liked drawing at the age of two, but that’s usually a very typical story. It was just a hobby of mine until I was 13. That was when my family relocated to Beijing from Singapore [where I was raised]. I went to high school and took art lessons there, and it started to become more serious for me. After that, I went to art school in London and did illustration, and even then, at the time when I graduated, I didn’t think I’d be doing illustration again later. It’s not exactly a full-time job you can have and really survive – unless you’re really famous. I actually went into graphic design for a year, before I moved back to Beijing from London. That’s when I got back into illustration. 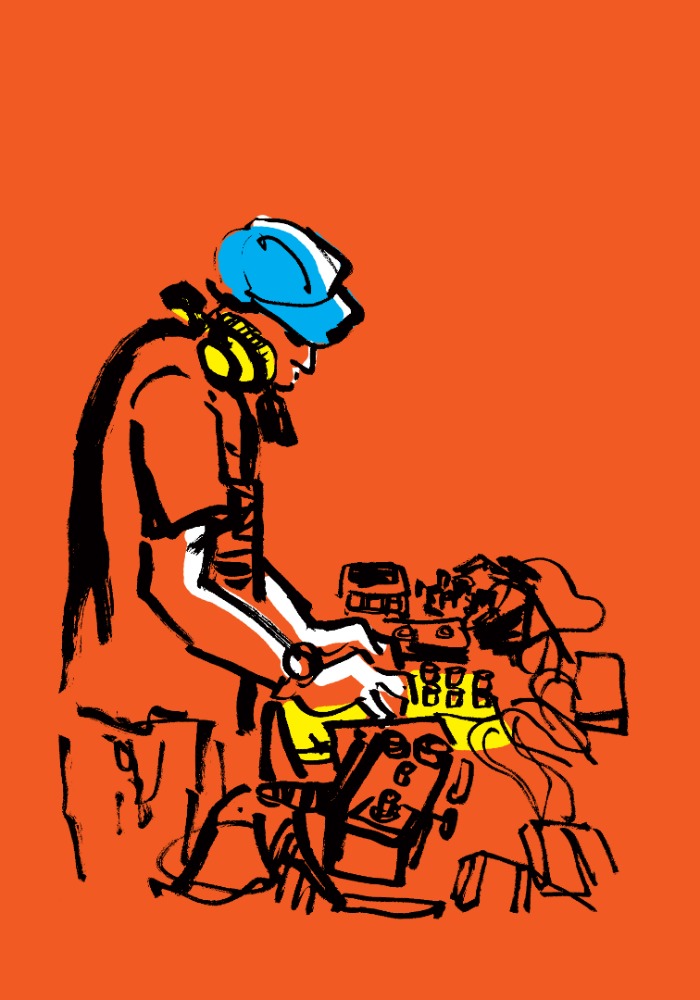 What do you personally find motivating about the art scene in Beijing?
I spent five years in London, but I never felt that I was really included in anything. I mean, there was a lot going on – events, galleries, exhibitions – but you never felt that you were a real part of something, even in school. It was very exclusive. You kind of had to know the right people, do the right thing, you know; it was very official.

When I came to Beijing, it was so welcoming. What motivated me here was the fact that it all started from being noticed at an event once which led to another, and that led to even more. People here are very inclusive and they’re willing to help each other. And because most people are from elsewhere, they know what it’s like being an outsider or being lost. They get it.

How did Hole in the Wall come about?
When I first came back to Beijing in 2017, I met up with a friend from high school, Jinna. We reconnected and realized we had both studied illustration in college, so we thought that we should do something together. That’s how Hole in the Wall began. It started out as a fun project, mainly for making zines, but we didn’t ever think it would go beyond that. 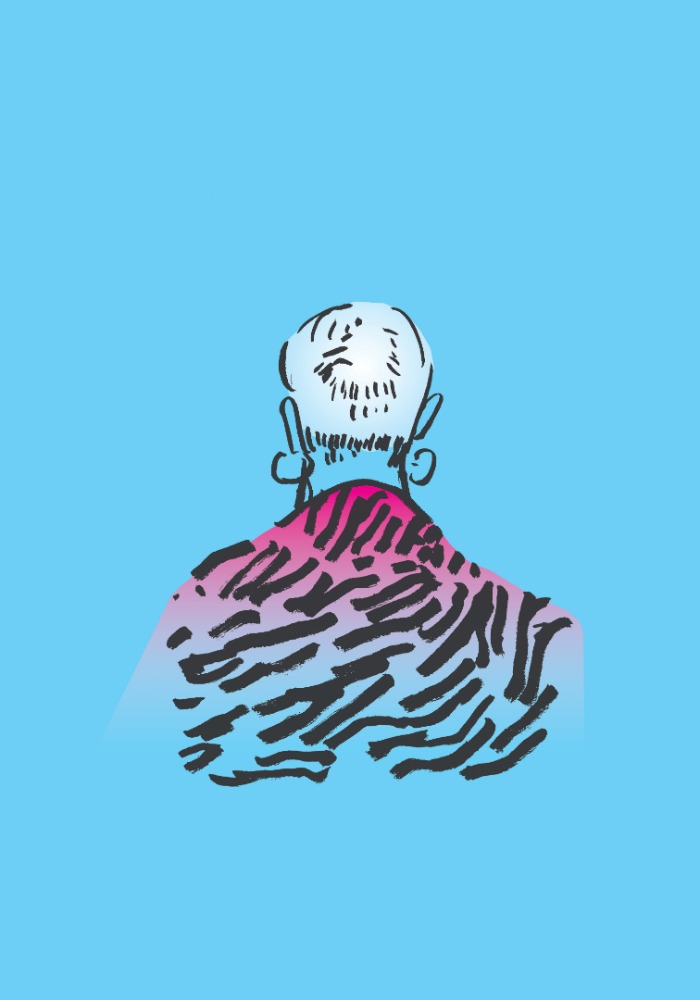 What are your favorite materials to work with?
I have a few mediums I work with. The first that I’m most comfortable with is a brush pen. I use that to do live drawing, at gigs or when I’m out and about and just see something interesting. There’s another tool that I like using at live performances, which is a visual live drawing app on my iPad called Tagtool. That’s where I do more digital drawings and animations – whatever pops into my head.

What do you love most about live drawing? What do you find most challenging?
When I do live drawing, it’s definitely more challenging when the person knows I’m drawing them. It’s a lot of pressure as an artist – there are moments when you’re trying to hide from them as you’re doing it! The first time I did it was because we ran out of zines at a market, and I didn’t have anything left to sell. Once I ran out, I just pulled up a chair and said “F*ck it, I’m doing live drawing, guys!” I didn’t even have a price – I just told people to give whatever they thought it was worth. It went really well, and that’s when I started to think that it was actually a good idea. The challenge is when it becomes too commercialized, that’s when it loses its fun. I’m very sensitive to people’s reactions too, and always looking to see if they’re really happy with it or not. 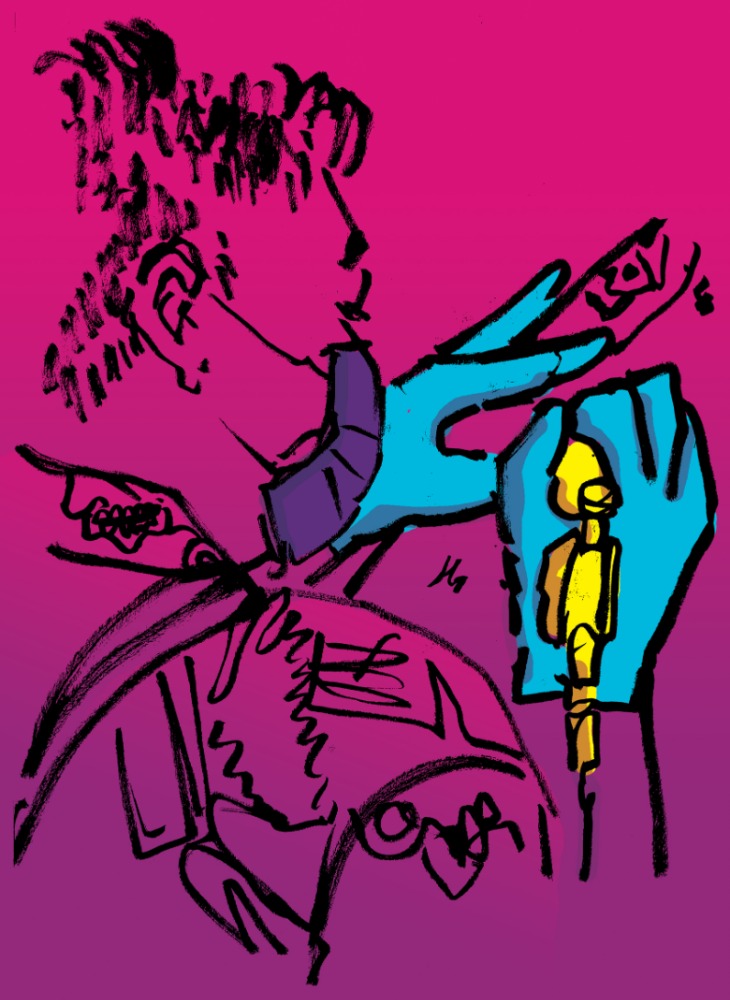 On the other hand, your subject is already there for you. Drawing from imagination for me is actually really hard. I’ve struggled with that since I was a kid; I think it got kicked out of me when I went to high school. Everything had to be referenced. You couldn’t just draw a bottle – you had to find a photo of a bottle and then draw that bottle. I was being trained to only draw what I could see. Then, when I went to university, they told us to not use photos! Everything had to be live. If I wanted to draw that bottle, I had to go and find it. So, I never got any training on how to exercise my imagination. It’s hard to teach I guess – some people are just naturally good at it. It’s taken a while for me, but I’ve started to do it on my own now.

What are some other projects you’ve worked on?
I’ve done some murals as well. I was invited to do one in South Korea this past October, by an organization called World Culture Open (WCO). Every couple of years they put on this big event called Better Together, where they invite innovators, artists and musicians to create things and exchange ideas. Jinna and I were two of the artists invited to paint a mural, which was really fun. Another one I did recently was inside a new compound in Beijing. There’s a shipping container there that looked really boring, so I was asked to paint it. 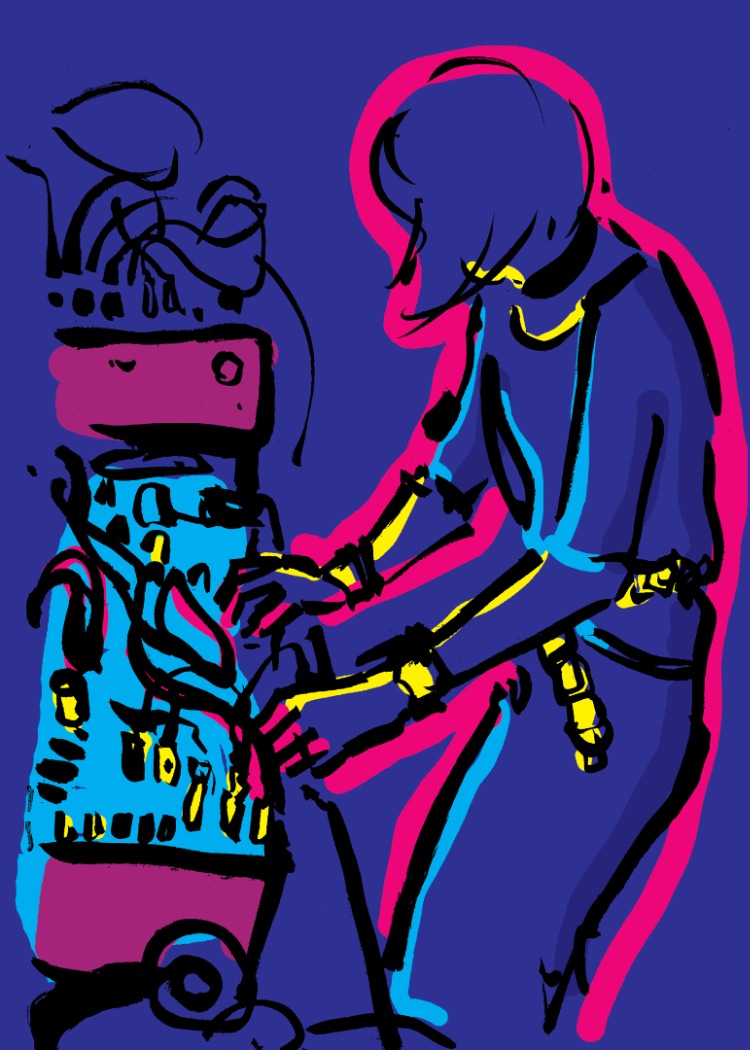 You often host events and workshops. What do you hope to inspire in young artists?
The reason why I do these events is mainly because I like bringing people together. It’s always fun to see creative people talking to each other and eventually collaborating together. Sometimes when you get stuck in your own bubble and don’t see other people doing creative things, you get less motivated. When you have people around you who are doing cool things, you get inspired and want to be more proactive.

Any future plans for Hole in the Wall?
Hole in the Wall has evolved a lot. Nowadays I need to rethink our bio completely, because it used to just be that Jinna and I would make zines about music. I haven’t done anything new with that in the last year, but instead have done more events and workshops. So, for now, it’s an open brand. There’s no specific goal yet – the common theme is that everything is done in this very underground, DIY way. As long as it’s something I enjoy doing, and it’s personally inspiring for me, I’m okay with putting our name on it. I’ve gone beyond the stage of trying to define what HITW is and having a very tight-knit brand. I’ve realized it can be whatever I want it to be!

You can find Hole in the Wall on WeChat. To see more of Shuilam’s artwork, visit shuilamwong.com or follow her on Instagram (@shuiwong).

[All images courtesy of Shuilam Wong] 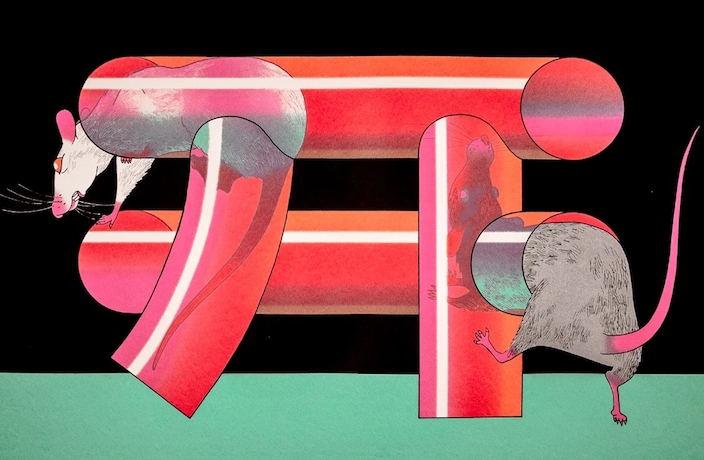 We linked up with the Berlin-based creative to chat more about her time in Shenzhen and what she is most excited about with this upcoming tour.