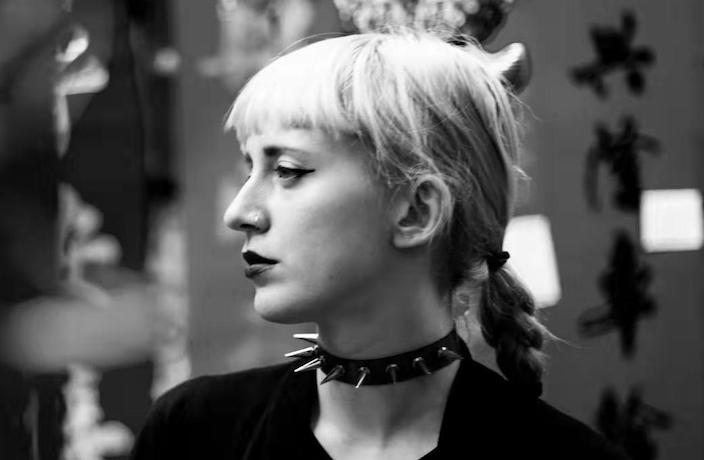 Diversity of sound and tastes is what Berlin Bunny is all about. The former Shenzhen resident returns to China as part of an upcoming Asia tour that will take in dates around the Chinese mainland, as well as in South Korea, Japan, Thailand and Taiwan.

We linked up with the Berlin-based creative to chat more about her time in Shenzhen, her methods of staying connected with Asia and what she is most excited about with this upcoming tour.

You are a jack of all trades, with a hand in everything from music to photography and graphic design. What stimulates your creativity these days?
Since an early age I’ve had an interest in a lot of things and was experimenting with ways of expressing myself and my connection to the world, beyond boring and limited reality.

Drawing was my first passion. I could spend all evening sketching my favorite characters, like dragons and princesses and creating little graphic novel series. Music was always there, being two years old I used to claim I would marry Michael Jackson and used to dance whenever I heard his music on the radio.

My two brothers were also big inspiration for me and introduced me to ’90s electronic music during its peak – like Westbam, Love Parade (German dance music festival) hits and Prodigy.

I truly redefined my passions in my mid-twenties, when I had been through a lot of my own personal drama and character development. Music was something that was always there. I listened to music on my headphones everywhere I went, especially after I woke up and before I went to sleep. Digging for new records was also something I always enjoyed.

A few years ago I found a partner who shares similar qualities and values, but with different skills which triggered us to teach each other and expand in new directions – not only in music but also in different fields of art. 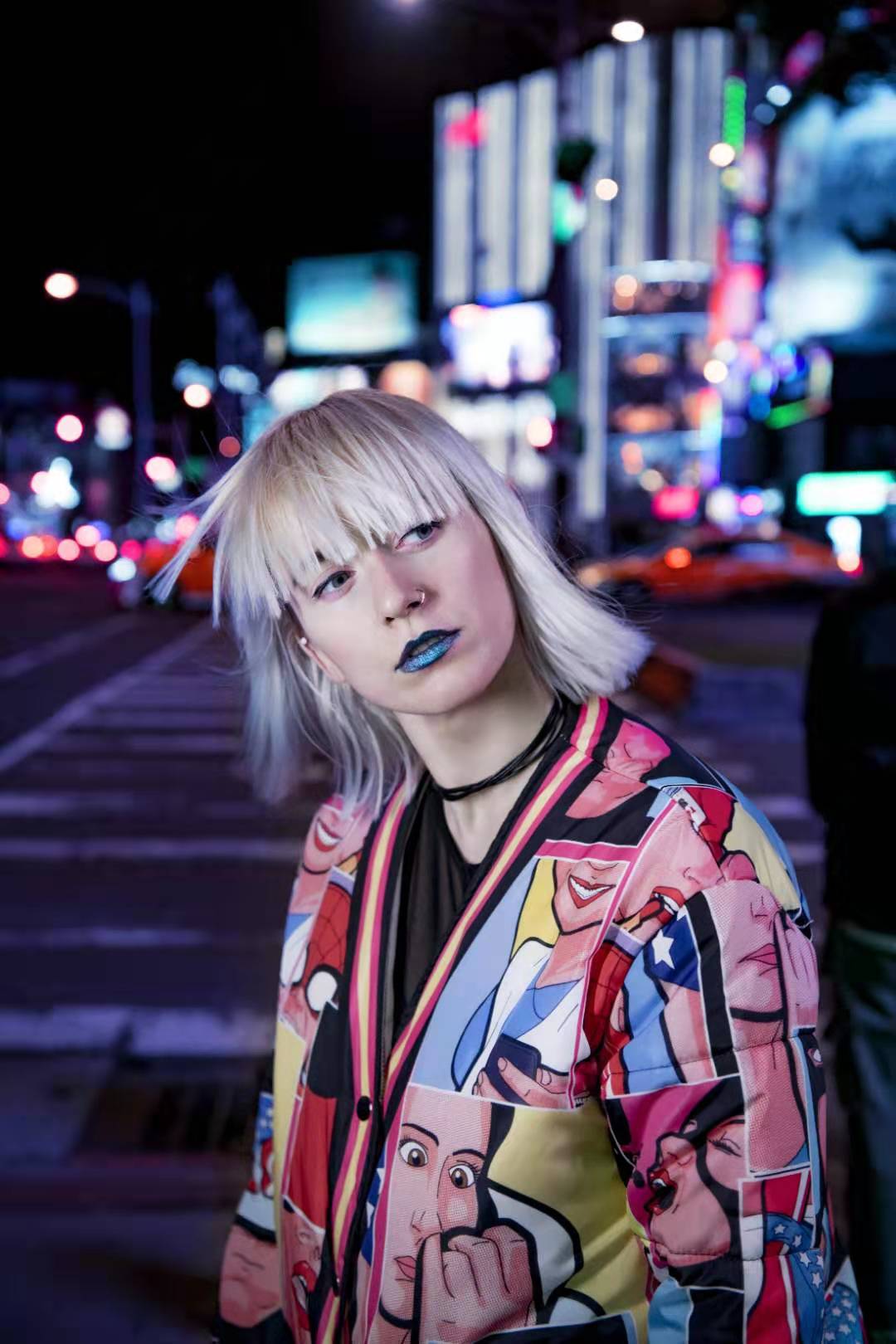 You’re based in Berlin now, but you have ties to Shenzhen. Can you talk a bit about when you lived in Shenzhen and how you perceived the music scene during your time there, as well as the music scene in the city currently?
It was a good time and helped me get to know many great and talented people who impact the music scene there. One of my favorite places in Shenzhen is Vinylhouse, where I have played before. I also was honored to play in one of the best clubs in South China – OIL in Shenzhen. The first time I played was as support for one of my favorite producers, Tzusing. Additionally, OIL’s bookings also made me shoot more pictures and get to know a lot of famous artists from around the world. We have a great collection of pictures from that time which will be presented in our Keyi Studio exhibition on May 11, 2020 in Berlin.

In China the scene is still very fresh. Berlin’s scene had the biggest impact on me so far, probably because I spent most of my time there and it’s the place where I found my way and now call my home, but living in different places will always give me a wider perspective on what I have experienced.

Can you talk a bit about your club night/platform in Berlin, Dark Disco. What kind of music/musicians do you invite to play?
Dark Disco is a gathering of individuals interested in a variety of electronic music and alternative forms of expression through art. The basic idea is to create a platform in order to connect people through music, art and performance in various venues. That makes it more exciting for the public and guarantees moments of surprise.

Besides the diversity of DJs and live acts, there’s also space to exhibit art from local and international artists. The Dark Disco is a channel to explore and share in a peaceful, open-minded and non-judgemental vibe. This season we have also expanded the idea beyond Berlin and are trying to bring part of the atmosphere to various venues in Asia, such as OIL in Shenzhen, Volnost in Seoul and Social Room in Bangkok and we will head back to Berlin in March for an event in Maze Club.

Do you try to stay connected with Asia, and in what way do you do that?
I will try to arrange some projects related to art and music and visit Asia on a regular basis, at least for a month or two out of each year. I’ve left part of my heart here, so I really hope I can make it work.

Could you talk a bit about your background in punk music and how that led you to making the sort of brash sounds that you produce today?
I went through a lot of alternative music like drum and bass, old school electro, electro clash, EBM (electric body music), industrial music and rock and roll as a teenager, but I always tended to dig deeper into punk music. I guess I perceived it as something that makes people think outside of the box, far from social conventions and restrictions.

I fell in love with punk’s energy and it helped me to step out from the shadow of fear, which has actually affected me most of my life. When I began living in Berlin, I explored more local underground techno. Currently these two separate musical directions are melding together for me. That makes me happy, as it was always my vision to connect my old records and interests with modern techno music. For me music is not a destination, but a trip, the motivation to strive towards something new, with a constantly changing flavor. 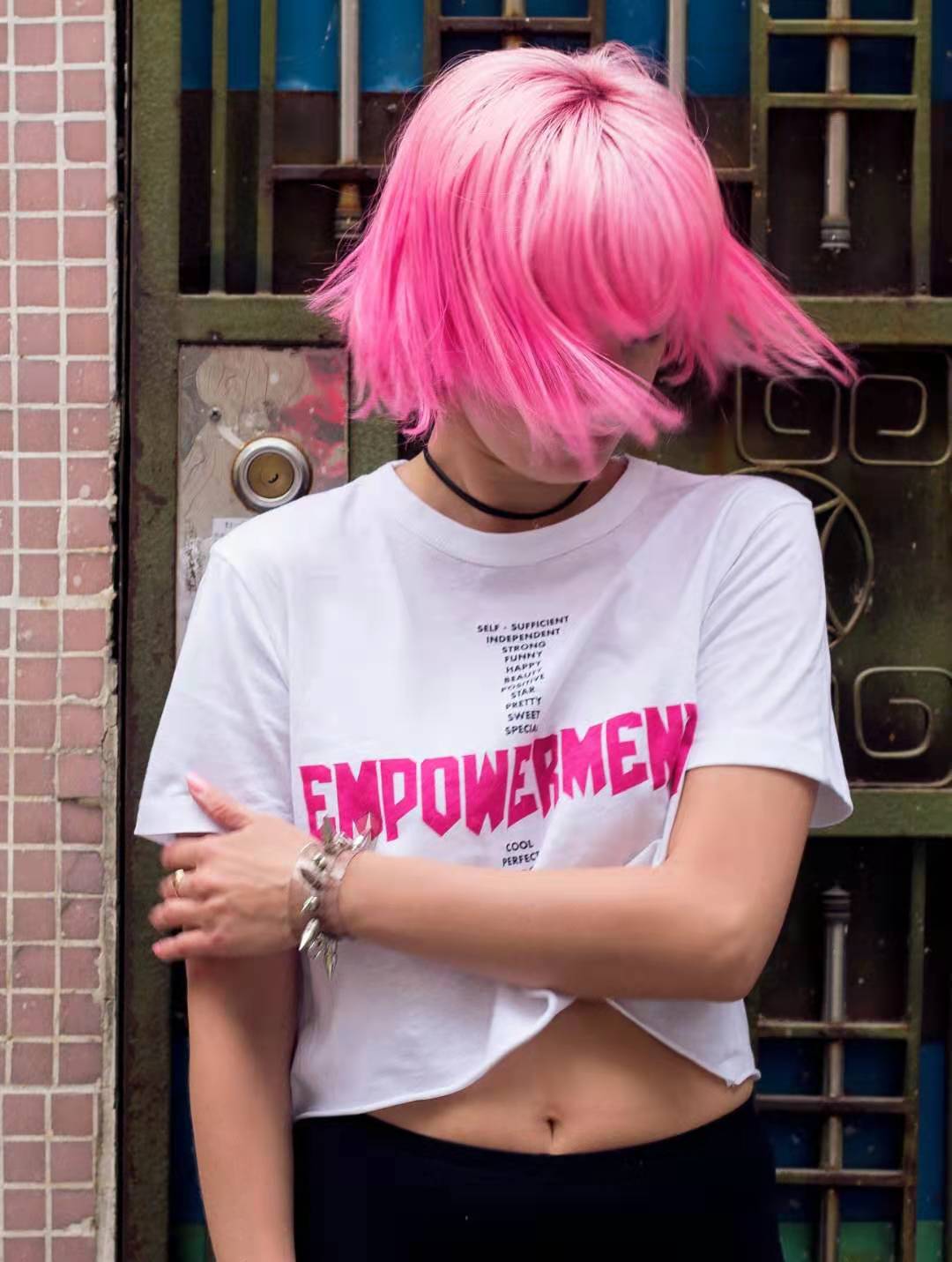 What’s your most favorite thing about touring Asia? Do you have any interesting plans for your time here?
I can discover a lot of new places that I’ve never been before or revisit places I want to see again. I am especially excited about exploring more of China and its landscapes. It will be good to be in Shanghai again and to travel to Beijing for the first time – actually, playing in Dada in these cities is what I am most excited about for the tour. Also, I can’t wait for my debut in Seoul and to be a part of its famous underground techno scene.

When I go to Japan, besides art and music, I definitely would love to see more of nature and the famous hot springs there. I have reserved some time there to visit record stores, clubs and to be in nature. This year will also be my second time in Taipei, my favorite Asian city so far and I really want to see Jiufen, the place was a big inspiration for Hayao Mizayaki in Spirited Away.

Does location inspire your music?
The cities of Asia and Europe are full of contrasts – from culture to architecture. That’s very similar to my mixes where I tend to connect retro tracks with modern ones. My upcoming productions are also partially imbued with an old school vibe, but also have some futuristic elements. Maybe it’s kind of a subconscious influence from these different places.