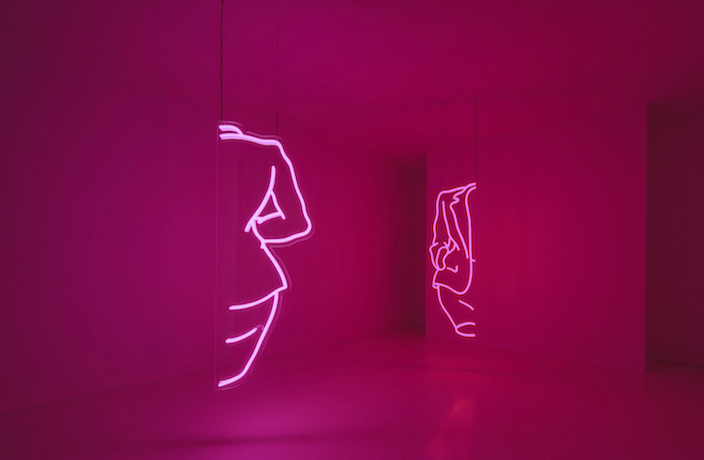 As we’re finishing lunch Ivy Haldeman tells me she is going to Rockbund Art Museum with a friend. She takes out a small notebook filled with Chinese vocabulary. I say something about being impressed by her willingness to learn Chinese and she proceeds to tell me she took a Chinese lesson in New York before coming to Shanghai. She then shoots off a sentence of putonghua in about as standard a Beijing accent as you’re likely to find.

This brief moment solidifies my impression of her. Intelligent and excited by the opportunity to finally be showing a solo exhibition in China, the New York-based artist is treating her two week-stint in China as a means of exploring the art scene here in Shanghai and embracing Chinese culture.

Hesitate, the solo exhibition in question, opens today, August 31, at Capsule Shanghai, but her work shouldn’t be unfamiliar to people here. Her relationship with Enrico Polato, of Capsule, began around two years ago. After meeting, Haldeman proceeded to send Polato works to show at West Bund Art & Design in 2017 and Art Shenzhen in 2018, while the idea of eventually holding her own solo exhibition was always a matter of when the time was right. 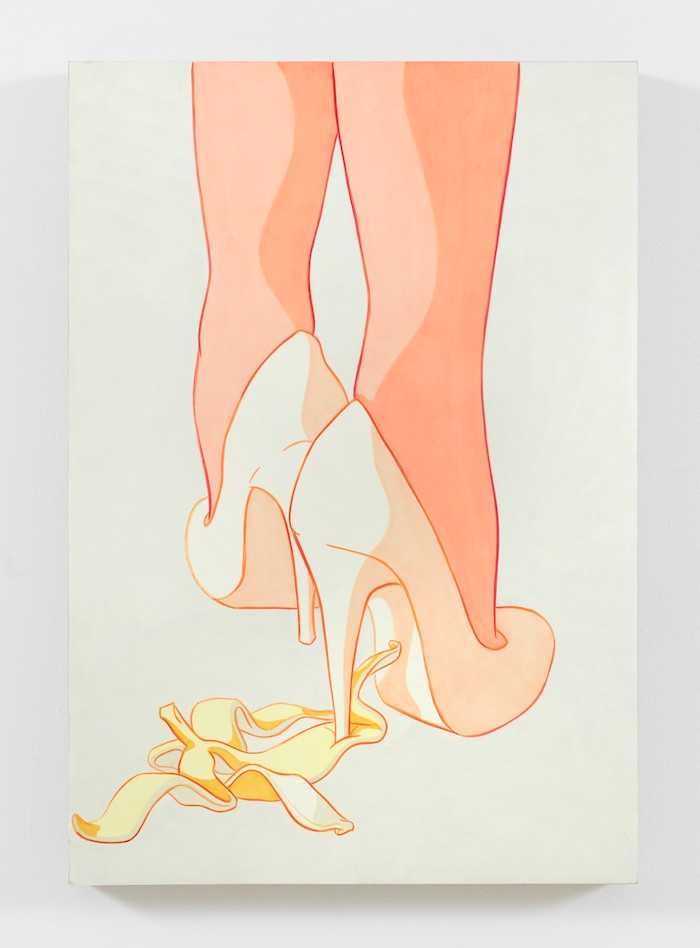 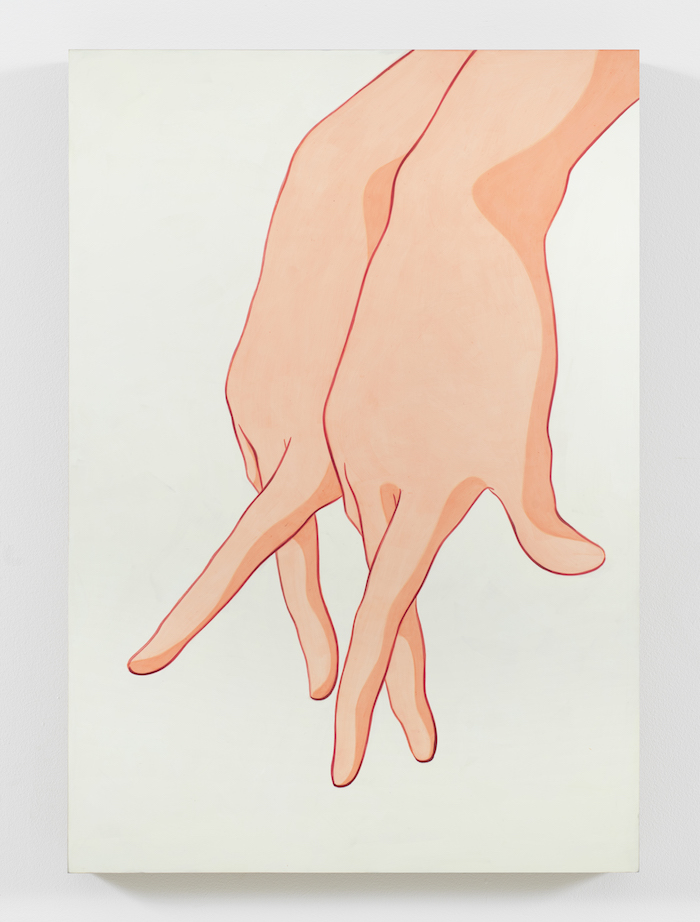 Images courtesy of the artist and Capsule Shanghai

“I think Enrico came to New York a few years ago. I have a very muddy memory, but he had started working with the artist Sarah Faux, and he was asking about artists that he could potentially work with,” she tells me. “At that point I was just starting to put the artwork out there and he was a young gallerist. It seemed like an age-appropriate relationship.”

As this is her first time in China in 12 years, and the first time holding a solo exhibition in the country, she’s exulting in the comparative differences between art scenes in China and the US. She talks about the contrast between art handlers here in Shanghai and back in New York and, with obvious enthusiasm, she speaks about the distinctions in gallery spaces across the two cities.

“Capsule is a really fascinating space. I feel like most spaces that I work in are just one room and often just a cube, so when Enrico was like ‘I have four rooms that are all interconnected with doorways and you can see through three rooms at a time, with giant windows looking on to beautiful greenery,’ it becomes a very different expectation from what I work with in New York.”

This abundance of space allowed for Haldeman to think beyond the usual structures of her previous exhibitions. In Hesitate, she uses one of the rooms solely for a neon LED-light installation piece, with a pair of dissected empty suits hanging from the ceiling, projecting pink light into every corner of the room. 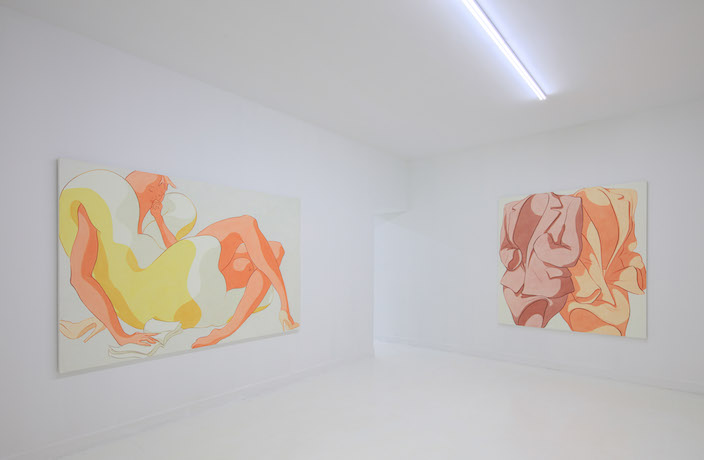 Image courtesy of the artist and Capsule Shanghai

“The neon lights and the paintings are at odds with each other,” she says of her decision to include this ebullient space. “If you spend a lot of time in that room, you will have totally exhausted your eyes from seeing any range of red, so when you step out of the room everything is blurry, which becomes really difficult when you are looking at paintings, especially when the subjects of the paintings are pink.”

The other three rooms are occupied by Haldeman’s paintings, both large and small, with the bigger pieces setting the context for her imagery, while the smaller pieces “sing a little ditty or tell an anecdote.” On show are her signature symbols – feminine hot dog figures, banana skins (and phones) and empty suits. At first glance, this imagery is fun and funny, seemingly imbued with pop art or neo-dadaist tendencies.

“Obviously they’re kind of funny, but I feel like my approach is dead serious, and part of that is out of respect for the figures I paint. It’s not my intent to make fun of them,” she says, when I ask her if any of her work is meant as satire. “I feel like the imagery that I use is strange because it’s very generic, in a way, because you have this little hot dog and these business suits. But all of these icons are very tied into my personal narrative, my experience being an American, the economic pressures and the identity pressures.”

The hot dogs, initially a bit quirky, quickly resemble the mice and cats that Art Spiegelman used in his Maus. The idea here seems to be that we are hot dogs, although perhaps not as attractive as the frankfurters that Haldeman paints. This idea of a piece of meat made on a production line, is easy to identify with.

And this symbolism feeds into Haldeman’s fascination with China. She speaks about how she is slightly worried, but more intrigued by whether Chinese viewers will identify with these atypically American symbols.

You can catch ‘Hesitate’ by Ivy Haldeman at Capsule Shanghai until October 16.

[Cover image courtesy of the artist and Capsule Shanghai]