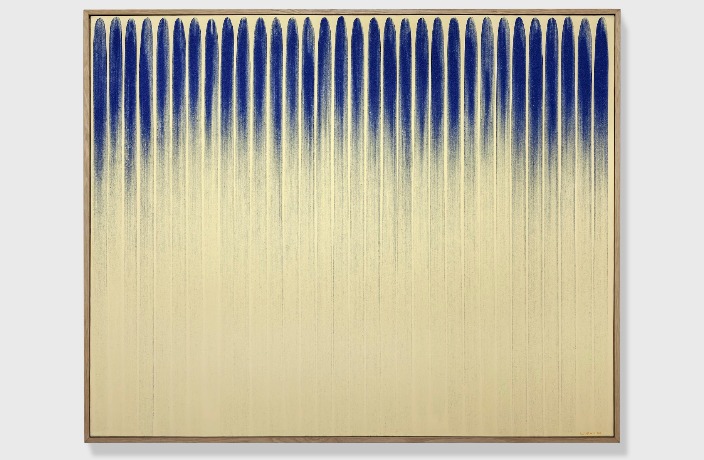 When one thinks of abstraction, Western artists and the narrative surrounding them for many are often first in the mental queue. While artists like Wassily Kandinsky, Piet Mondrian and Jackson Pollack tend to be front and center, there are a number of Asian institutions that are looking to change that.

This past March, Parkview Art in Hong Kong put on the inaugural show of Beijing Abstract featuring a lineup that includes Mao Lizi, Ma Kelu, Tan Ping, Meng Luding, Yuan Zo, Ma Shuqing, Li Di and Feng Lianhong. While this exhibition was the first of its kind for China, other East Asian countries have a longer-standing history of abstract practices. The Gutai movement in Japan is one of the most notable, with its violent, body-centric creative process. Another is the Mono-ha, which explores the relationship between natural and industrial materials. In South Korea, Dansaekhwa has been the predominant post-war modern movement, and a comprehensive exhibition of over 100 seminal works is now on view for the first time in China. 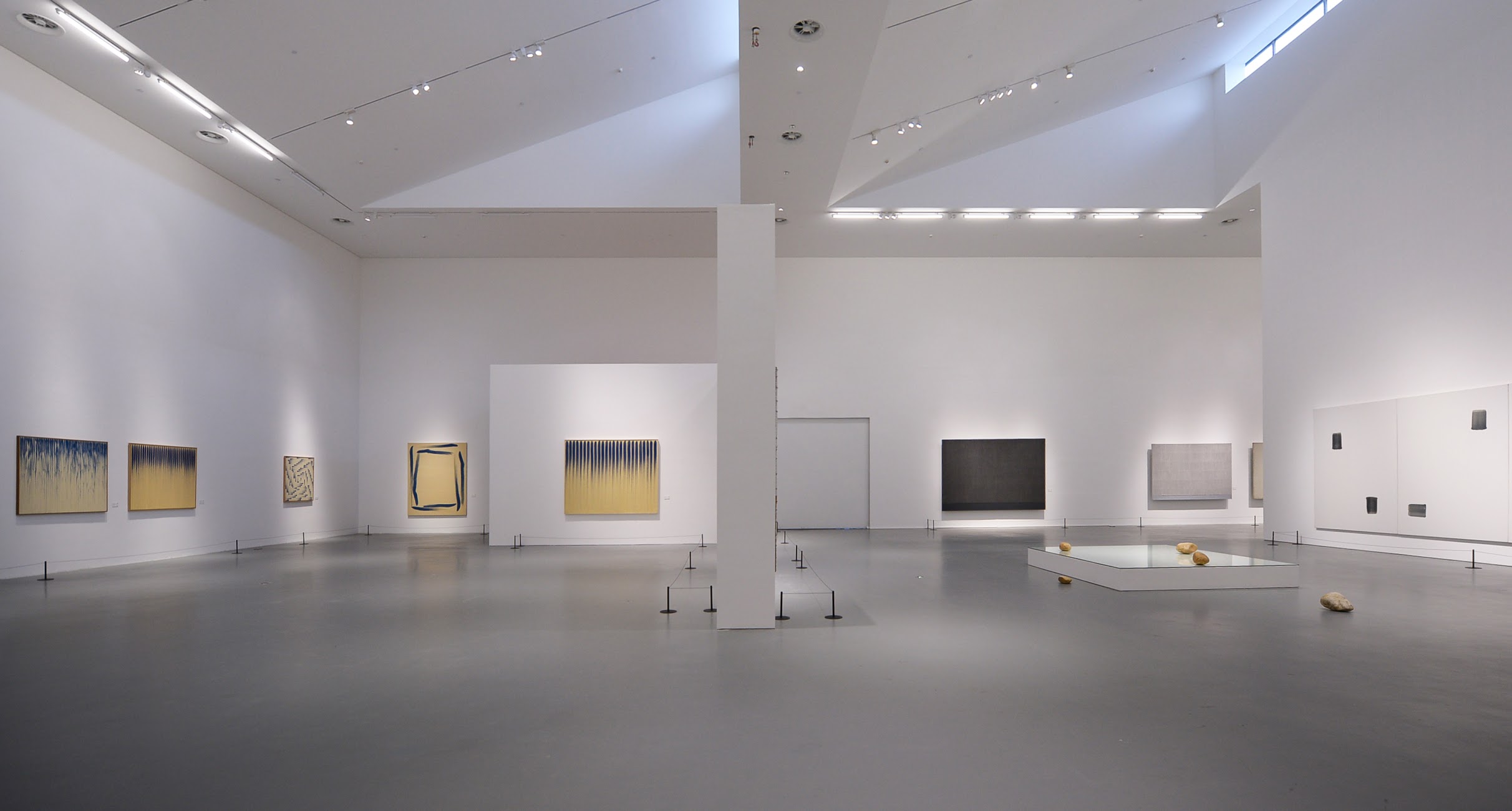 Enter the main hall of the Powerlong Museum and you’ll find yourself surrounded by large canvases sporting vibrant, monochrome palettes, but this time last year, one could expect to see few, if any, South Korean works in the PRC. Shanghai’s main art fairs in November 2017 were devoid of regional artworks due to an unofficial embargo on cultural products from the nation, in a response to perceived nuclear threats and concerns about Chinese national security. What wasn’t known at the time was that a resolution was already in the works, as reported by The Art Newspaper in December 2017, and today, one of the largest collections of South Korea’s formative movement is being shown at the new museum in Shanghai’s Minhang District, in tandem with permanent exhibitions of famous Chinese ink painters like Qi Bashi and Zhang Daqian. 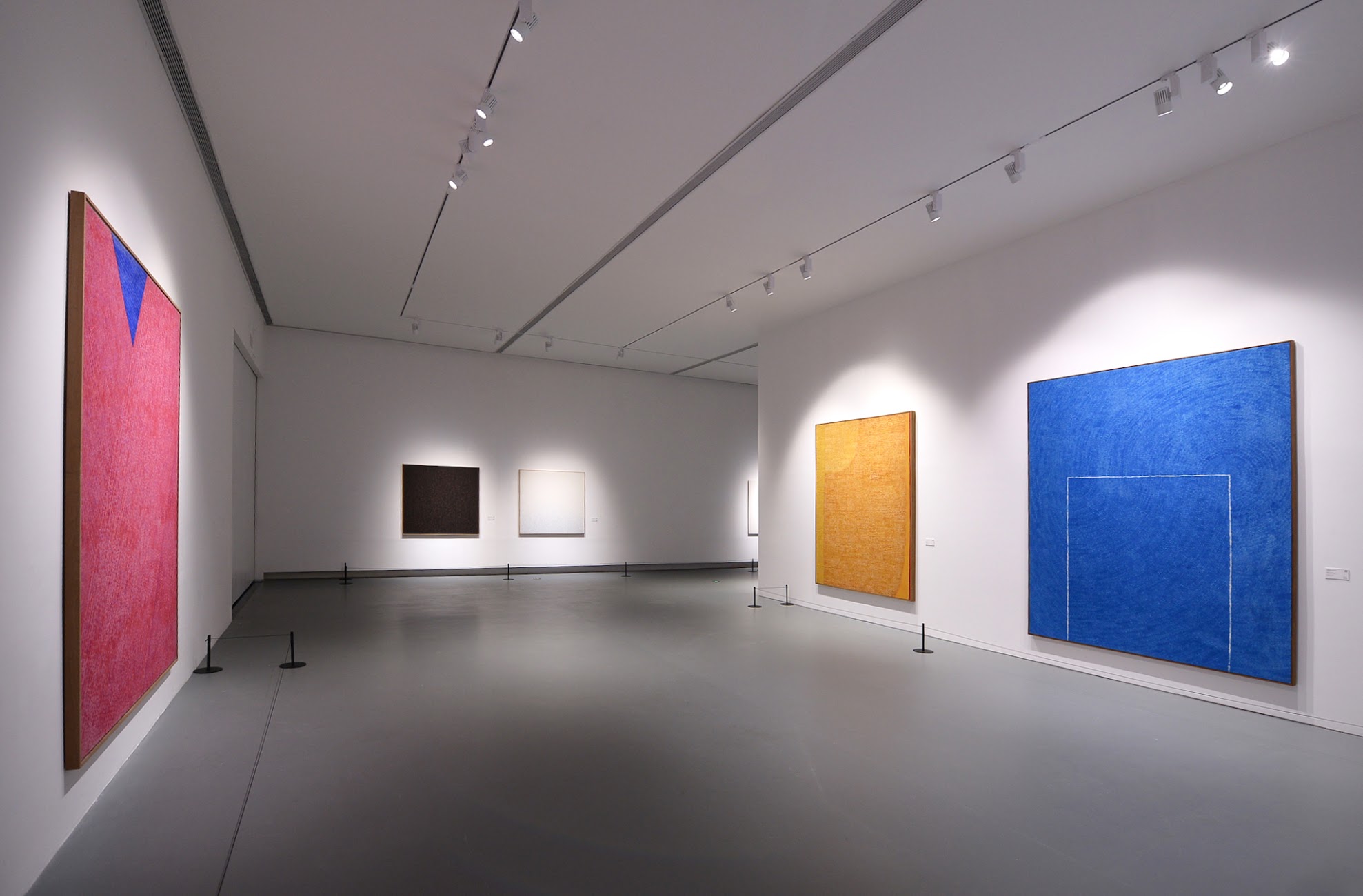 The show ‘Korean Abstract Art: Kim Whan-Ki and Dansaekhwa’ builds a historical framework around the late artist’s works, illustrating the movement’s development after World War II and the Korean War. In what is literally translated into the word ‘monochrome,’ repetitive, geometric, single or dual-colored works has come to characterize the Dansaekhwa genre. Artist Kim Whan-Ki was born in 1913 on the island of Anjwado, left Korea at the age of 19 to spend his late-teens and early 20s studying in Japan. 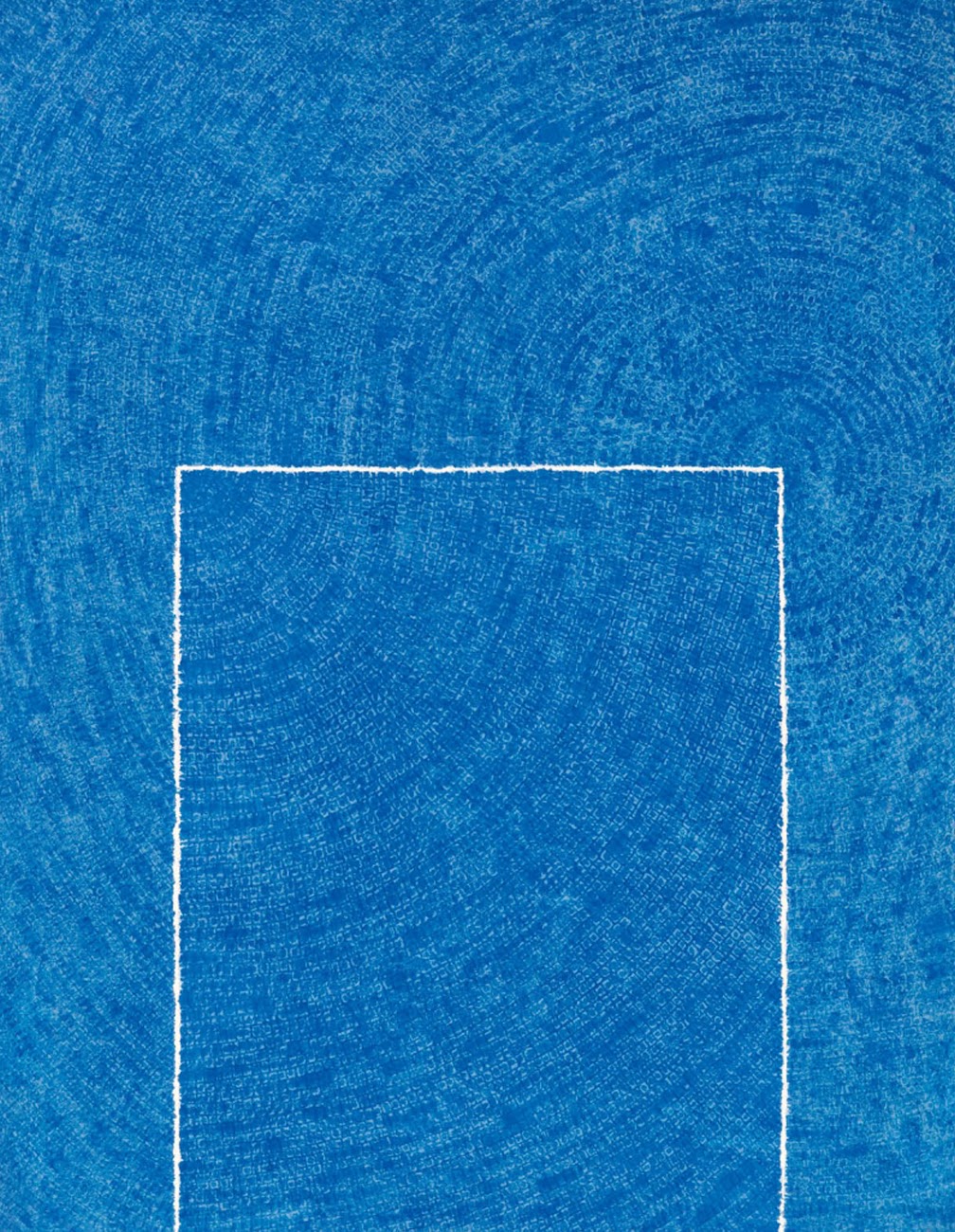 Upon his return, Kim became heavily involved with the literary circles in the city, which would go on to have an incredible impact on his work. While establishing an increasing interest in traditional Korean art, he adopted the vocabulary and medium of Western modernism, turning more heavily to oil paint and abstraction. Kim sought to develop a style and practice that was inherently Eastern, building his work around Korean concepts and materials. With an attention towards meditation and minimalism, his practice would go on to shape the trajectory of Dansaekhwa. 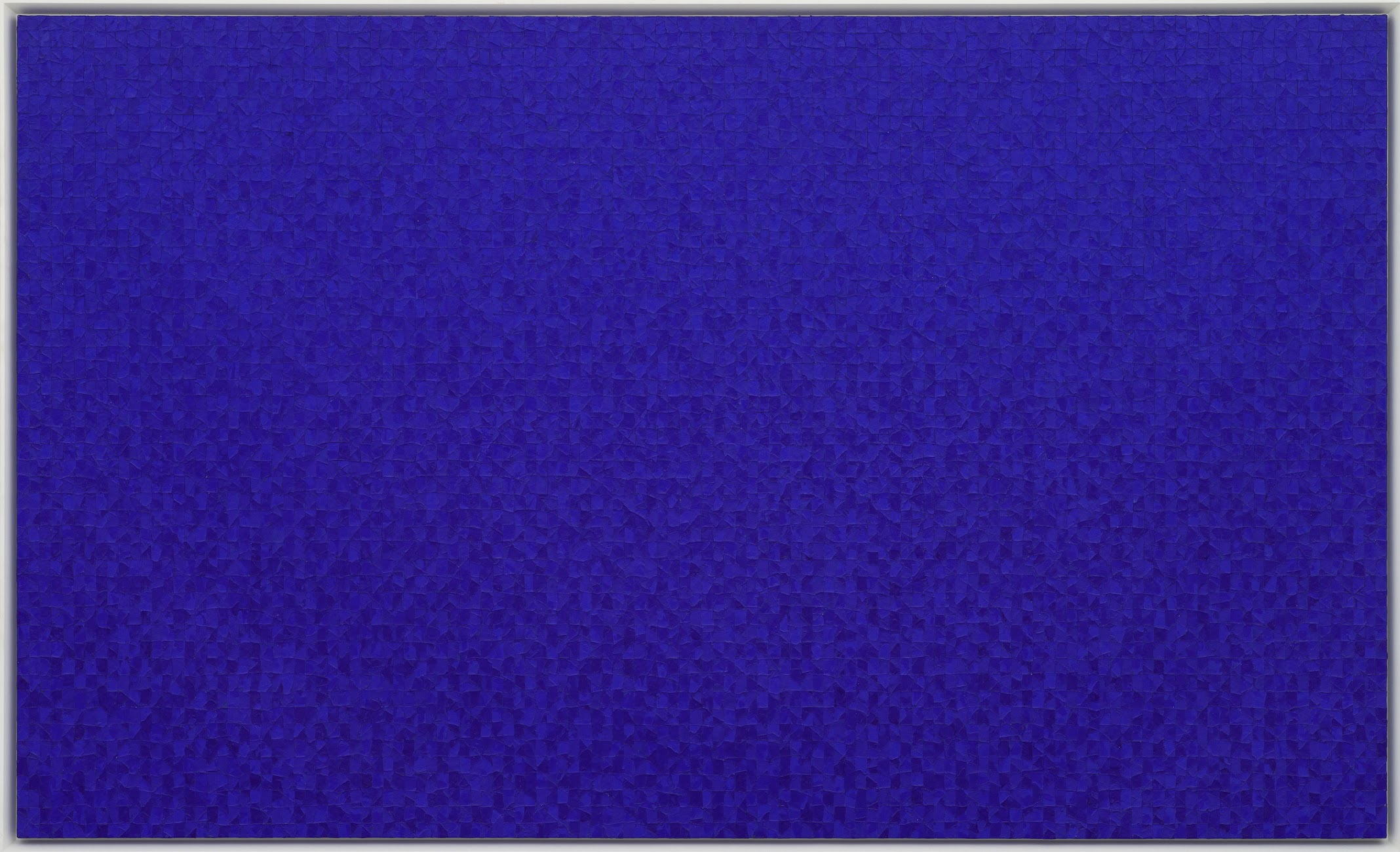 Elsewhere in the show, artists like Kwon Young-Woo and Chung Chang-Sup made works that revolved around hanji (traditional Korean paper). While Kwon found different ways of approaching the material – tearing, layering and puncturing – Chung’s focus was on the materials used to make the product, transforming components of it with elements like water, which were then molded into shapes and abstract compositions. Park Seo-Bo’s later practice also utilized hanji, where he’d use his hands and tools to create straight lines and geometric shapes on canvas from the wet, malleable material. This focus on a Korean product made from natural materials connects the spiritual ideas of a relationship with the non-artificial world and the meditative practice of repetition, an East Asian motivation applied to the Western concept that was abstraction in art. In the exhibition catalogue, curator Wang Chunjie writes, “Dansaekhwa provides a reinterpretation of the deeply engrained spiritual values of Korean culture and Western abstract art, and has already created a profound legacy within the Korean art historical context through decades of development and experimentation.” 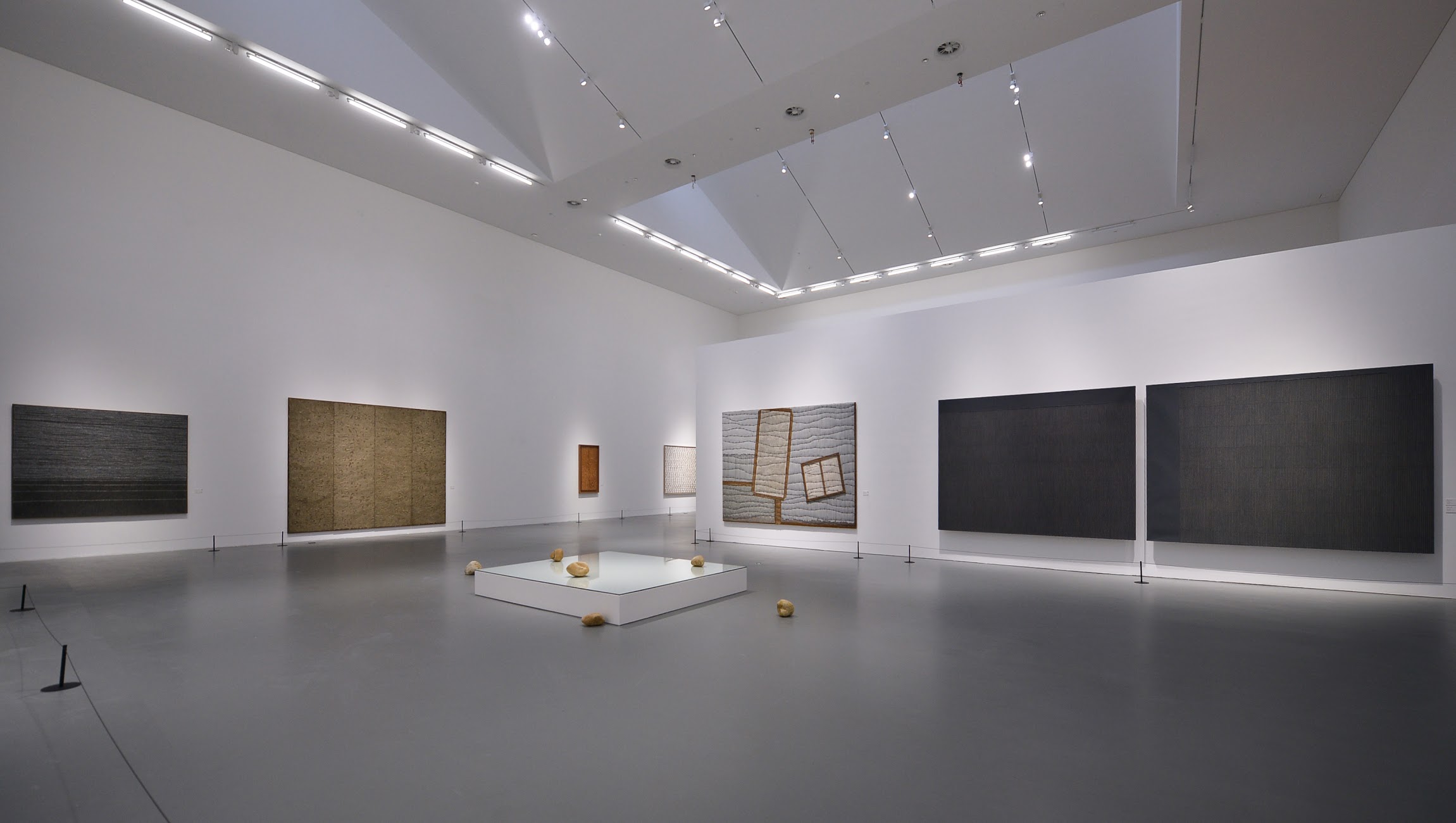 While Dansaekhwa is inherently a Korean movement, the boundaries are not discrete when it comes to the discourse around it. Kim was heavily influenced by his time studying in Japan, and artist Lee Ufan was an influential figure in the Mono-ha movement abroad. When it comes to constructing and re-writing art historical narratives, understanding the relationships between countries and continents is becoming increasingly important, as the Executive Administrator of Powerlong Culture Wendy Xu advocates. In bringing this exhibition to China, she hopes it will “prompt research on not only Dansaekhwa but also on the arts of Asia as a whole that are founded on the oriental spirit and context, and furthermore catalyze the discovery and exploration of the aesthetical significance of East Asian traditional cultures.”