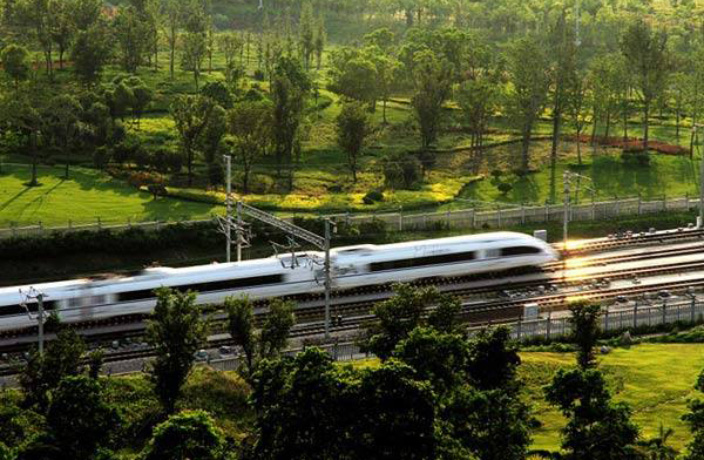 It’s official: the Guangzhou-Shenzhen-Hong Kong Express Rail Link is up and running.

This morning, September 23, the first high-speed rail line linking Hong Kong to the Chinese mainland began operation. The first train to Hong Kong from Beijing West Station departed at 10am carrying 1,156 passengers, 110 of which were traveling the entire journey to Hong Kong’s West Kowloon Station, according to Law Court Evening News.

Meanwhile, the first high-speed passenger train from Hong Kong’s brand new West Kowloon Station departed at 7am this morning, arriving in Shenzhen on time at 7.19am. There was an opening ceremony held at 5am to celebrate this major transportation milestone. 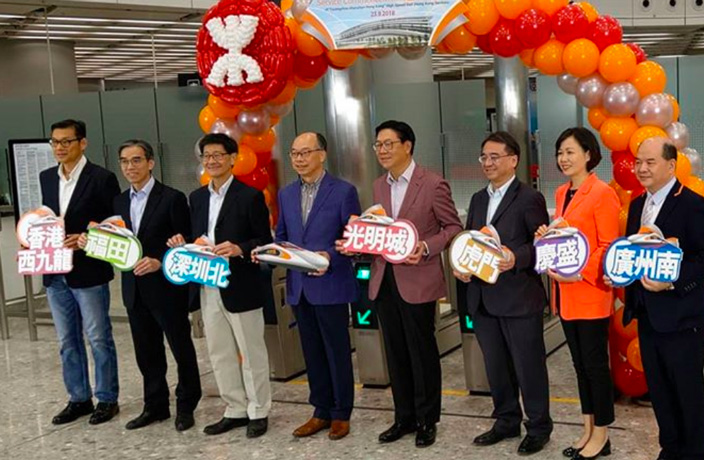 According to South China Morning Post, some passengers said “immigration checks at the Hong Kong station were slower than expected,” citing strict crowd control procedures. Aside from that and a short power outage on one train later in the morning, passengers appeared happy with the ride.

Important information to note for interested train goers: tickets purchased from the MTR Corp must be printed in Hong Kong, while people who buy their tickets from 12306.com need to have them printed on the Chinese mainland.

Currently, you can also purchase tickets for the newest rail line on WeChat’s third-party platform. That’s counted 34 trains operating tomorrow, September 24, from Guangzhou South to West Kowloon station, most of which still had available tickets. Train times ranged from 6.48am to 9.37pm. 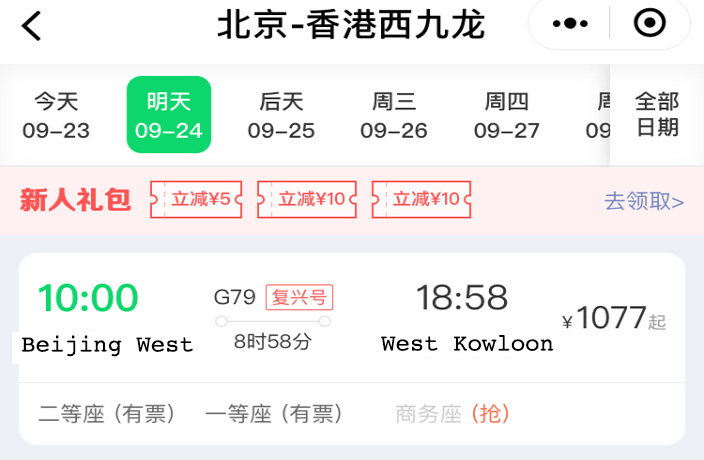 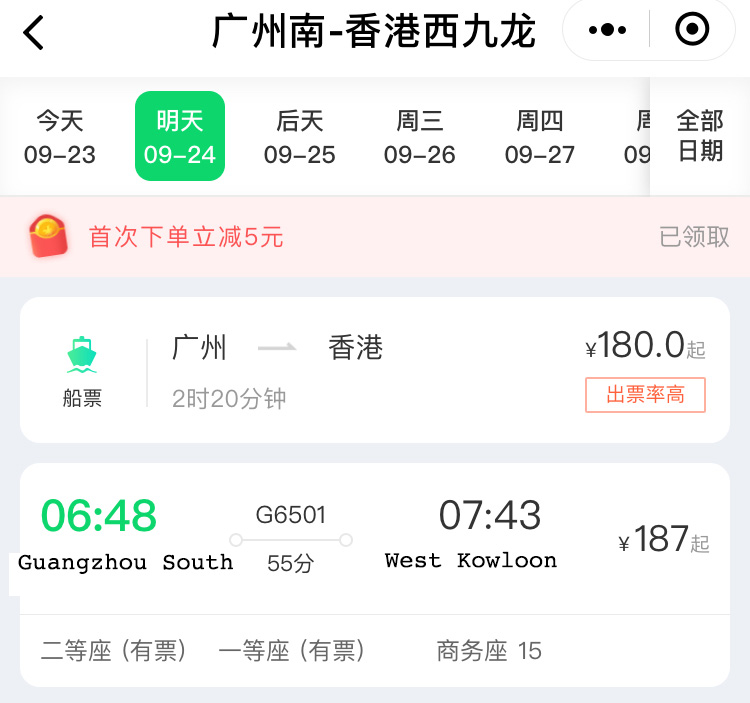 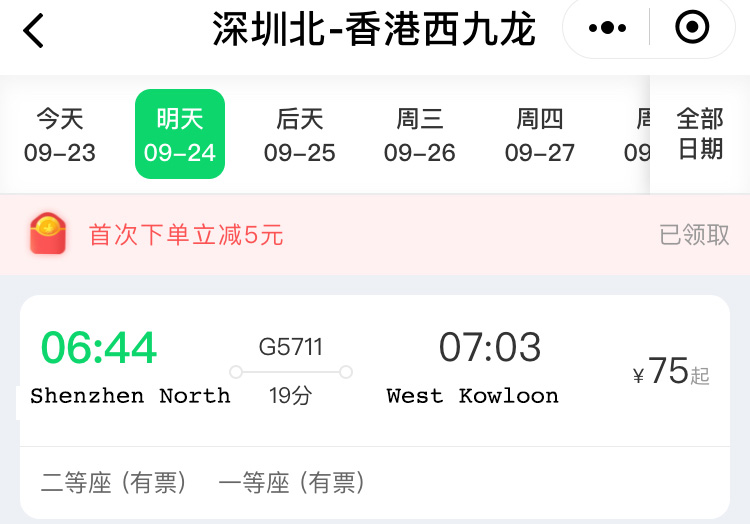 So if you’re looking for a day trip (from Guangzhou or Shenzhen) on Mid-Autumn Festival, you can now get to the heart of Hong Kong faster than ever.