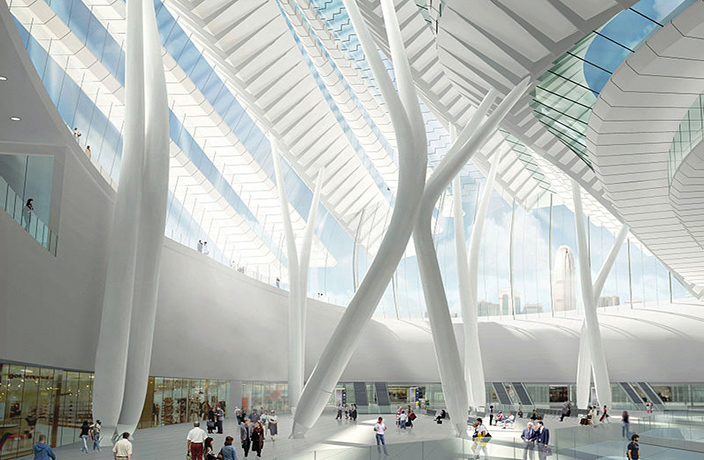 Frank Chan Fan, secretary for transport and housing in Hong Kong, said the first train would depart from West Kowloon Station (pictured above) at 7am and arrive in Shenzhen North Station by 7.23am.

The railway will serve 44 destinations throughout the Chinese mainland, including Shenzhen, Guangzhou, Beijing, Shanghai and Wuhan, and is expected to carry over 80,000 passengers per day. Those numbers have dropped from earlier estimates of 110,000 daily commuters.

For those seeking more convenient passage into Hong Kong from Guangzhou, the commute time will be reduced to just 48 minutes when the railway goes into operation. ­Unfortunately for those living in Tianhe, the high-speed route will connect with Guangzhou South Railway Station, an hour-long subway ride away from Zhujiang New Town.

The express service to Beijing from Hong Kong will be nine hours. This will be the first-ever railway linking Hong Kong to northern China.

Ticket prices for short-distance trips to Shenzhen and Guangzhou range from RMB68-216 while fares for Shanghai and Beijing costs RMB1,016 ­and RMB1,087, respectively.

The September opening will take place despite reports of water leaks and moisture damage along the route, according to South China Morning Post. Last Thursday, Chan said the water seepage issues at the West Kowloon terminus and connecting tunnels have been contained.