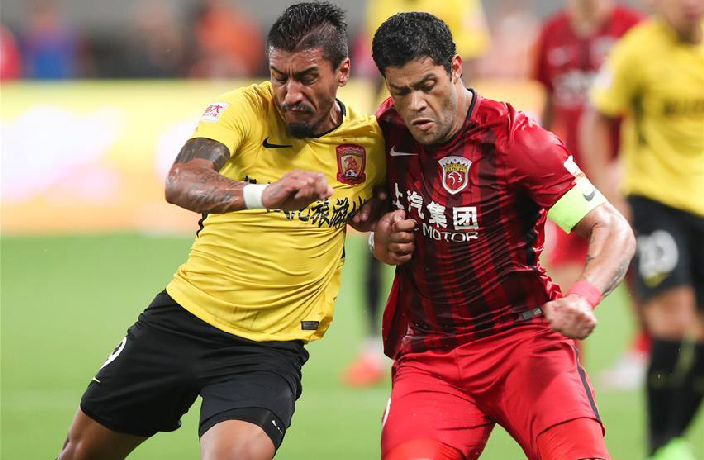 In a game rescheduled after being postponed due to a typhoon back in July, SIPG were in front with less than a minute on the clock, CSL top scorer Wu Lei netting his 21st goal of the season smashing the ball high into Zeng Cheng's goal.

Evergrande then saw no fewer than three first half goals ruled out by VAR, in a game they dominated with 67 percent possession. They finally turned their pressure into a goal 11 minutes into the second half, when former Barcelona midfielder Paulinho leveled with a forceful close-range header.

Wu Lei then had a second goal disallowed in a tight offside decision, before Brazilian striker Elkeson scored the winner against his former side, capitalizing on a clever free kick from countryman Oscar.

The victory moves SIPG to 49 points with eight games remaining, four ahead of both Evergrande and fellow title hopefuls Beijing Guoan, who are level on 45 points.

SIPG still have to travel to Beijing to play Guoan at Worker's Stadium on September 29, while they will again lock horns with Evergrande at Tianhe Stadium on November 3, in what could prove to be a CSL title showdown. Expect car crashes...