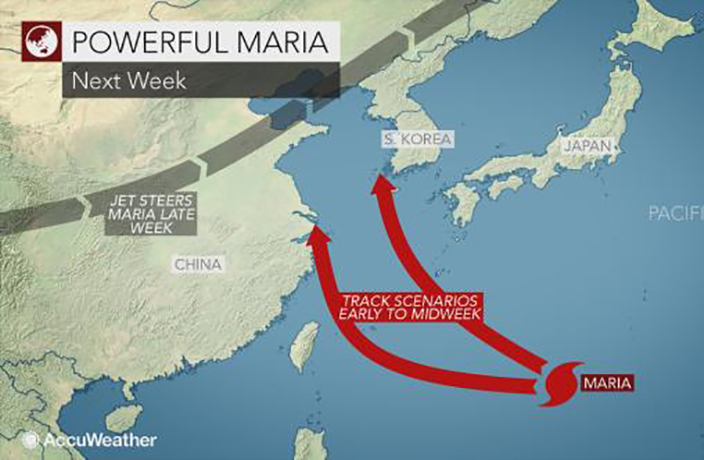 Plum rain season might be ending soon, but typhoon season is now upon us. Super Typhoon Maria has already paid a visit to Guam and the Mariana Islands. Maria has now intensified into a Category 5 storm that could very well hit Shanghai in the middle of next week. Alternately, the system could veer toward the north and slam Japan or the Korean Peninsula, AccuWeather reports.

The storm is expected to remain at the Category 5 level until Friday or Saturday, The Weather Channel reports. However, it is predicted that Maria will weaken over the weekend.

As for now, showers are expected to hit Shanghai on Wednesday and Thursday, according to The Weather Channel. 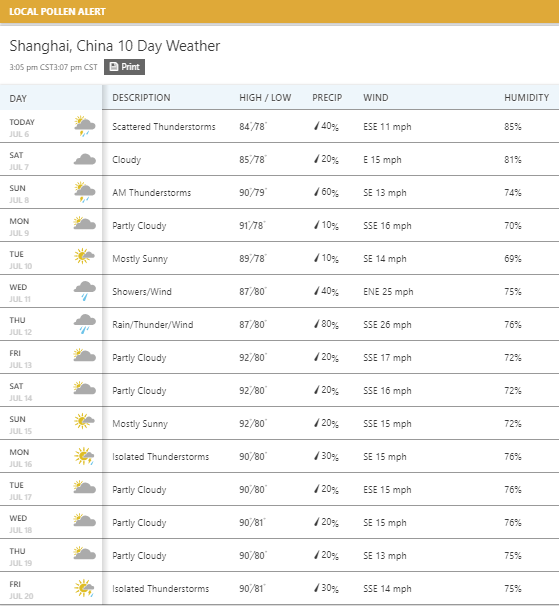 It's still too early to determine the exact path and intensity of Typhoon Maria. We'll keep you posted as we learn more.