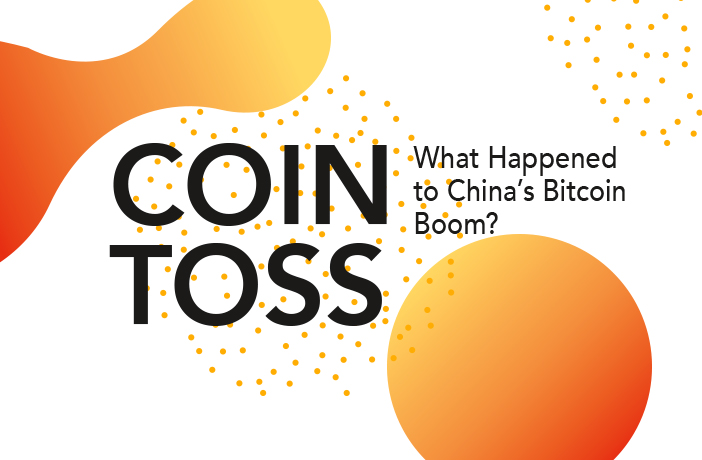 In 2016, Beijing was leading the global bitcoin industry. That same year, I opened a virtual bitcoin wallet.

I was not planning on investing. But I was writing about cryptocurrencies for this magazine, and so I opened a CoinBase account. Later, a friend asked if he could pay me back in bitcoin for some beers and snacks I’d bought him. I shrugged, and he sent me a tiny fraction of one bitcoin – the value of one case of beer and three donkey burgers. It’s now worth over USD500.

While I haven’t touched my bitcoin since then – I’ve checked in on it monthly, watching it swing from USD50 to over USD700 and back down to USD500. For me, the drama is contained within an app on my phone. But for those working in Bitcoin, the highs and lows play out in real time. And that time moves quickly.

“Bitcoin time distorts things,” says Neil Woodfine, director of enterprise solutions for a bitcoin-based payment startup, when I catch up with him this year. I’m asking him to give me a timeline of all the changes that have occurred for bitcoin in China, since we last spoke in 2016. “First there were the exchange investigations, and then the exchanges got closed down…”

Bitcoin is a fully decentralized digital currency, which means that no one government controls it (instead, the underlying technology of bitcoin, known as the blockchain, runs on an algorithm). China can, however, regulate the businesses that work with it – and changes began in September 2017, when the People’s Bank of China banned exchanges converting bitcoin to renminbi. 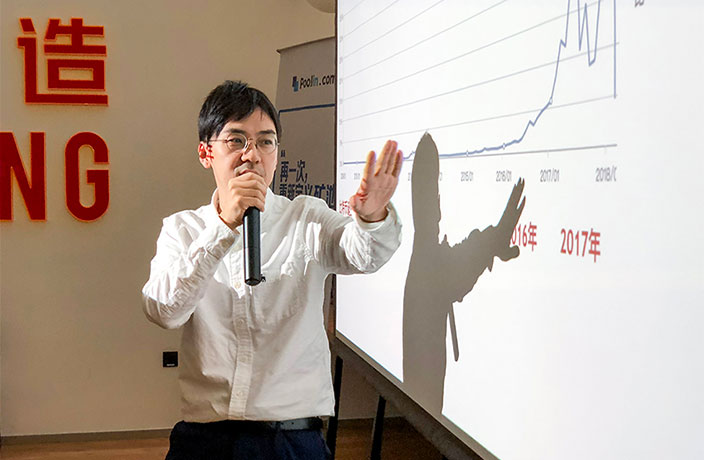 Then, in early 2018, it asked ‘exchange-like’ services to close, and in February, the government placed even foreign cryptocurrency exchanges behind the Great Firewall.

These changes have resulted in a dramatic transformation for China’s once-booming bitcoin industry. China was once home to the largest, most powerful bitcoin exchanges in the world. In 2016, 93 percent of all Bitcoin trades were with renminbi, and the Beijing-based OKCoin facilitated 76 percent of these transactions.

The excitement among early bitcoin adopters was palpable. “Before, I had a terrible desk job, and it was boring, but this is exciting,” Eric Mu, of China-based HaoBTC, had told me. “The future is infinite.” Meanwhile, Nishant Sharma, of Beijing-based mining hardware manufacturer Bitmain, referred to Beijing as “the Silicon Valley of the world when it comes to bitcoin.”

“Previously, it looked like China was being fairly friendly,” says Woodfine. “I never imagined the exchanges would get closed down.” When they were asked to close, he says, “It was a sudden realization that I don’t have a clue what’s going on.”

These days, Woodfine finds it harder to run the Beijing Bitcoin Meetup he co-founded: “It’s very difficult to find speakers, because there’s not as many people passing through the country. [Before,] everyone was coming to visit OKCoin, Huobi… there was a lot of activity. Whereas now, there’s still a lot of activity going on in China, but it’s more under the radar.” 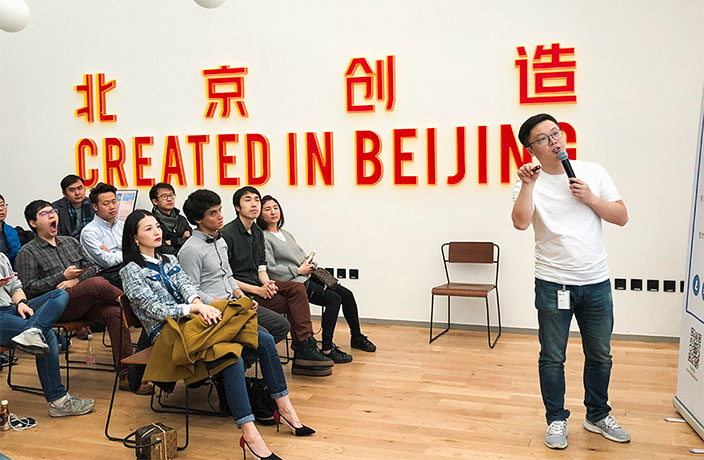 While changes have negatively impacted China’s bitcoin industry, cryptocurrencies continue to grow worldwide. The value of one bitcoin reached over USD17,000 at one point in December 2017, though it has dipped significantly since then. (At the time of print, the value was USD8,766.)

The increasing popularity of cryptocurrencies has resulted in another global phenomenon: ICOs, or Initial Coin Offerings, which raise funds for a new, unregulated cryptocurrency ventures (think IPO, but for digital currencies). In September, the People’s Bank of China released a statement saying that all ICOs should be stopped immediately, and this February, the Chinese government said it would block access to all domestic and foreign ICO websites, according to the South China Morning Post.

And yet, these projects still continue within China, according to Daisy Wu, who works in business development and as a CEO assistant at Xender, a China-based file transfer company that’s currently working on an ICO project.

"A lot of big companies in China, even though they can’t publicize what they’re going to do with blockchain or ICO, they’re still doing it behind the scenes because they’re afraid of being left behind,” she says. “What if this whole thing pulls off and it becomes the next Internet era, and they hadn’t started to do this? It would be too late, right?”

After all, China’s regulations may have stopped certain activities, but they haven’t shut down enthusiasm. Woodfine sees this firsthand at the bitcoin meetups he runs.

"We just organized an event, and we were oversubscribed three or four times,” he tells me. “We ran out of seats and had a bunch of people standing at the back of the room. And then there was a massive waiting list on Meetup[.com]. I was getting messages all week on WeChat from people who couldn’t get tickets.”

Woodfine isn’t the only one in China who remains enthusiastic about the future of cryptocurrency. Even Wu sees regulations against ICOs like her company’s in a positive light: “It’s actually good news for us because, once the government starts to regulate [cryptocurrency], we see this as a sign of it going legal.” If there’s one Beijing-based bitcoin company that’s done well since 2016, it’s Bitmain, the world’s largest bitcoin mining hardware producer. 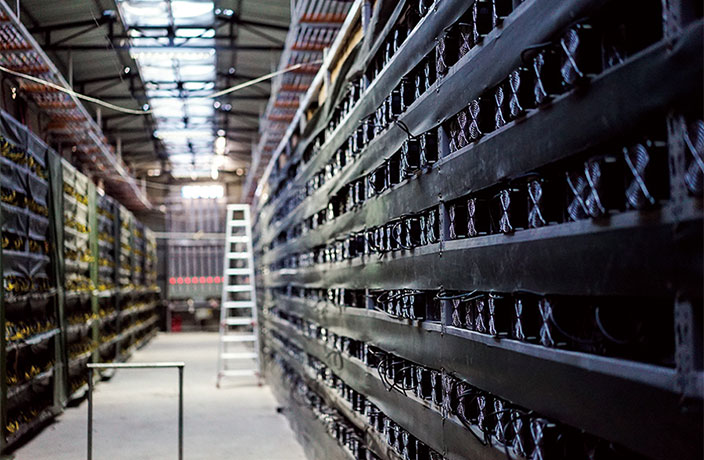 "Bitmain hasn’t been affected much [by China’s regulations] because Bitmain isn’t one of the exchanges. We make bitcoin mining machines, and we’re still doing that,” says Nishant Sharma, international marketing manager for the company. “Our business is only booming compared to 2016, because the price [of bitcoin] skyrocketed after that, and our sales volumes followed that price.”

While the company he works for is doing well, Sharma does acknowledge that the environment for bitcoin-related companies in China has changed. When it comes to mines – warehouses full of computers speciallymade to retrieve bitcoin from the global blockchain – fewer people are choosing to set up in China, “because of regulatory uncertainties.”

Ultimately, he believes the epicenter of bitcoin innovation is moving elsewhere in the world – but that that’s okay, as it will spread the adoption of cryptocurrency globally. “I think my faith has solidified even further, because it’s picked up so much mainstream adoption,” he says, smiling.

"As we believers always thought it would.” 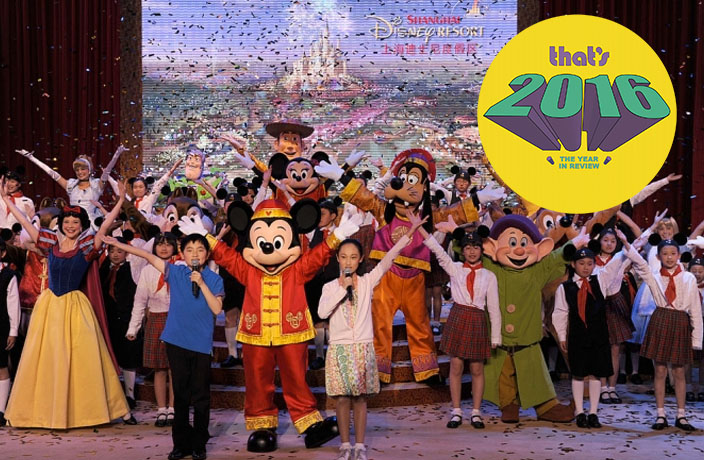 2016 China News Quiz: Do You Remember the Top Stories?

Test your knowledge of 2016 China news with our quiz! Have you been paying attention to what's been going on in China this week? Test your knowledge of China's biggest stories this week with our news quiz. 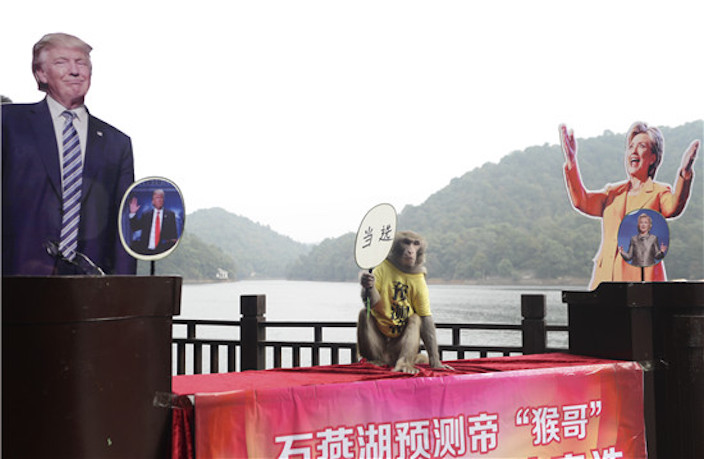 Have you been paying attention to what's been going on in China this week? Test your knowledge of China's biggest stories this week with our news quiz,

How We Learned Chinese Faster Than A Bullet with That's Mandarin