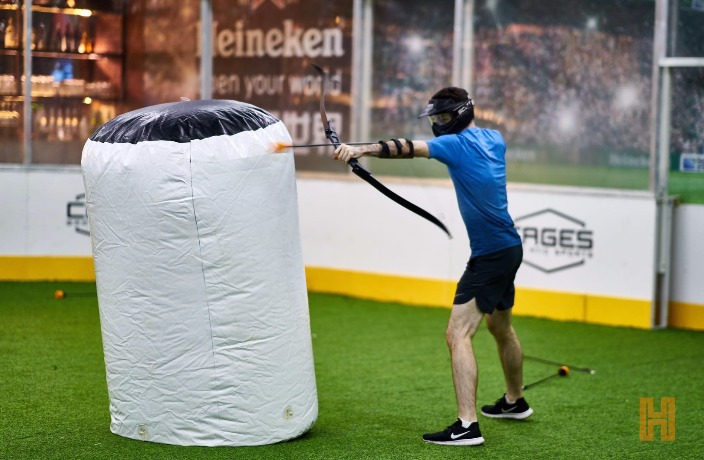 Every Tuesday and Sunday, TV show host Tim Pope becomes an emcee, presiding over and sometimes even participating in the Hungover Games. A community of loyal and fervent athletes rally at Cages every week to get their adrenaline pumping. With a wait list of over 500 people, the sign-up process is just as competitive as the Hunger Games themselves. In this interview, Pope explains why.

What are the Hungover Games?
It's like dodgeball—but with bows and arrows. I personally think that it’s a lot more fun than dodgeball. There's a lot more skill involved, there’s a lot of tactics, and there’s also a lot of fun. What makes the Hungover games special as opposed to just coming and playing a sport every couple of days is the community. We’ve got an amazing community here, and the players that come, really, they are the Hungover Games. They’re what make it so special.

How did you get the idea for the event?
I’d been playing this sport for about nine months or so, and I really loved the sport and the people we played with, but the people who ran it just weren’t doing a great job with it, so we sort of decided over dinner on Chinese New Year this year that we would get going. It took about a few months to set up, and by July we were up and running. It’s been going for nearly six months now. 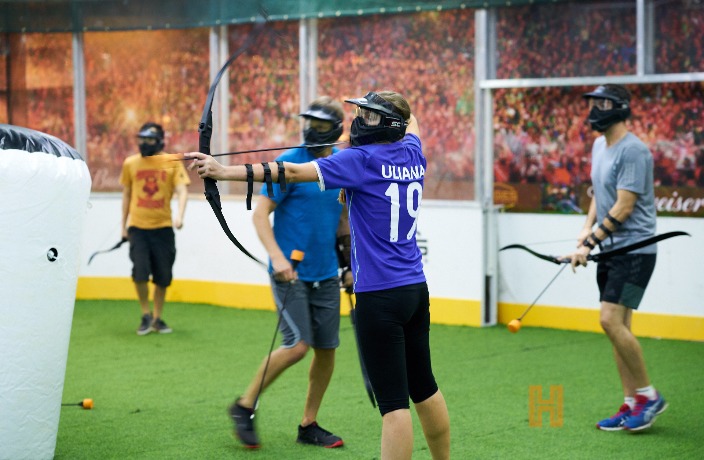 How does the host of Money Talks on ICS become the 'Katniss-in-Chief' of Shanghai’s newest sporting craze?
Um…I have no idea. Yeah, I don’t know, I’m good at being in charge, I suppose. I keep this lot under control—I mean you heard me today, I was shouting my lungs out, keeping the games going. They don’t take a lot of running though. Most of the admin work is behind the scenes. I can do it remotely, during my downtime, like during my lunch breaks at work. It’s a labor of love though, so it’s something I love doing.

Do any of your skills from work help you in coordinating the Games?
Time management, organization, working with tight deadlines. Also with names; I make a lot of effort when it comes to knowing all the players’ names, so there’s some crossover there.

Do your coworkers know about the games, and have any of them participated in them?
One of the reporters on my show is quite a keen player. She comes to play maybe twice a month.

Did you think it was going to be this popular when you started out?
No. Absolutely not. I think about it, and it’s absolutely mind-blowing. After only six months, this is where we’re at, with people fighting for places in the games. I would have been happy had I just been able to pay off the investment that I put into buying the equipment, but these guys are just giving it so much energy, and it very very quickly took on a life of its own. We started out doing only one game a week, but by the end of July, we were doing three games a week. The demand was that high. I definitely can’t take credit for that though, the energy that the players bring to this game is what makes it so amazing. 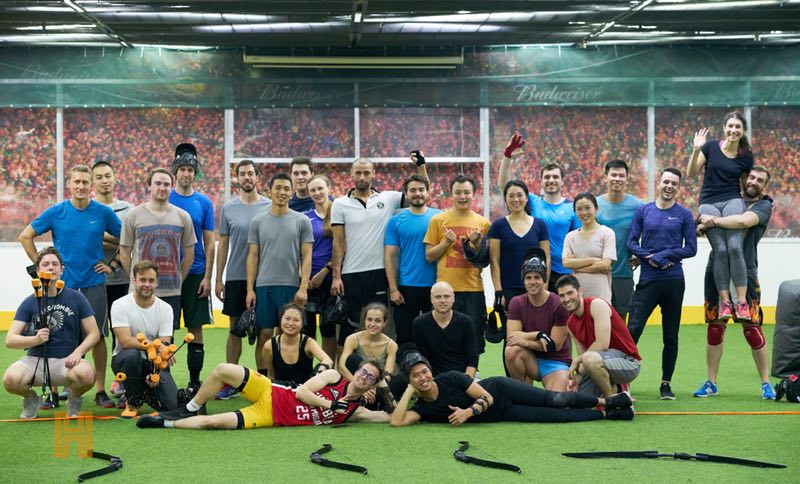 Are the Games open to all skill levels?
Yep, absolutely. We recommend though that new players start off in the 2pm game on a Sunday. That tends to be the gentlest game. The 5.30pm game... you can definitely test it out, but it’ll be a little challenging. Tuesday night’s not bad either.

Any tips for newbies?
Don’t be afraid to seek advice. These guys are super friendly, and super happy to give you tips if you think you’re doing something wrong or if you want to know what the best strategies are to win. Always ask because everybody’s been new once, and everyone remembers what it was like. Everybody remembers their path to being be a top player.

To get the most authentic experience, do you recommended that people actually play hungover?
No! Because I have played hungover before, and…yeah, no. It’s just a clever name.

What is the most memorable game for you?
There was a game when a team captain's whole team got taken out very early on, and she proceeded to just pick off nearly everyone on the opposing team. She didn’t win, but she got it down to one-on-one. She only lost in the last few seconds. I have never seen anybody—anybody—make a comeback like that. 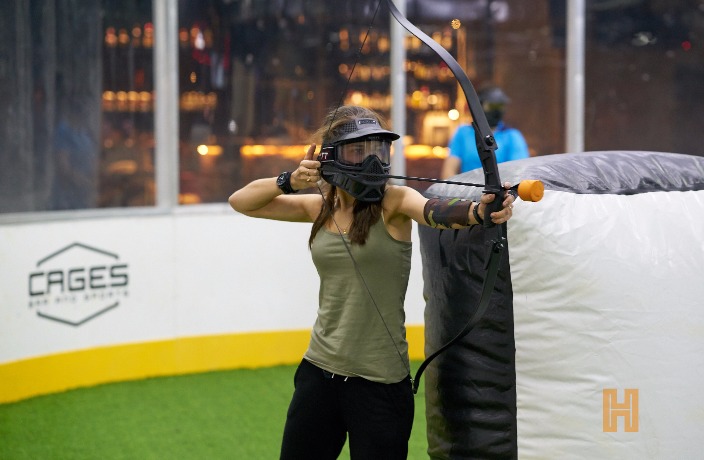 What character of the Hunger Games series do you identify with most?
To be honest, I saw…the first movie? That’s kind of embarrassing! I guess Katniss, because she’s the one with the bow and arrow.

Recently, you held the Hungover Games in Suzhou for a special event in collaboration with the China Hotel Food and Beverage Summit. Do you think there will be more commercial partnerships like this one in the future?
We’ve done a couple of things with Nike in the past. We also do a few corporate events as well. We do get a couple requests from players who want to bring their coworkers because, it's a great team-building event. That’s what we were doing out in Suzhou. It was an ice-breaker for the chefs, and we all had a great time. None of them have ever played before, and as a game full of newbies, it wasn’t the fastest, most energetic game, but the point is that they had a blast.

Do you have any plans of changing or adding on to the Games?
We may try to add an extra game in the new year. We want to try to get Thursday nights back. We used to play on Thursday nights. Cages is quite in demand, there's dodgeball and soccer here as well, and we have to share it with everyone, but when they go into the off season, we might try to pick up the slack.

Want to volunteer as tribute in the Hungover Games?

First follow the official account: hungovergamescn. After that, you'll be invited to the group chat where you can sign up for games, but be quick about it — the slots fill up in the blink of an eye!

Your RMB100 ticket includes one drink voucher to be used that day. 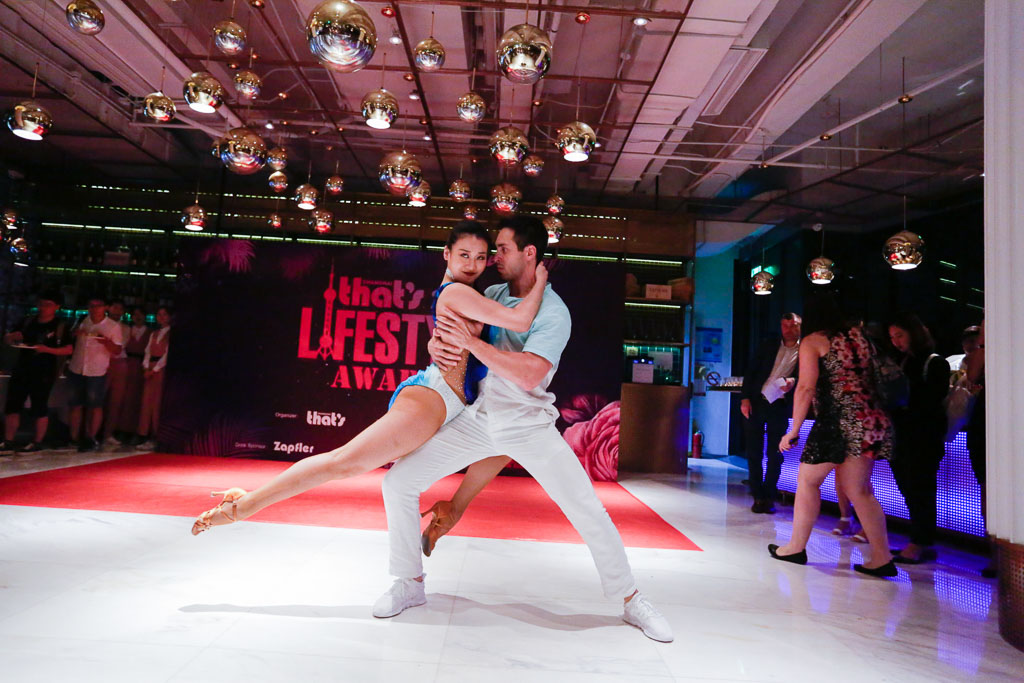 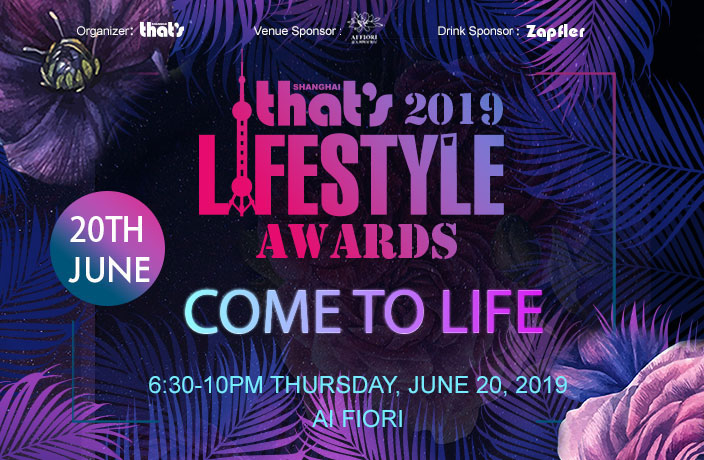 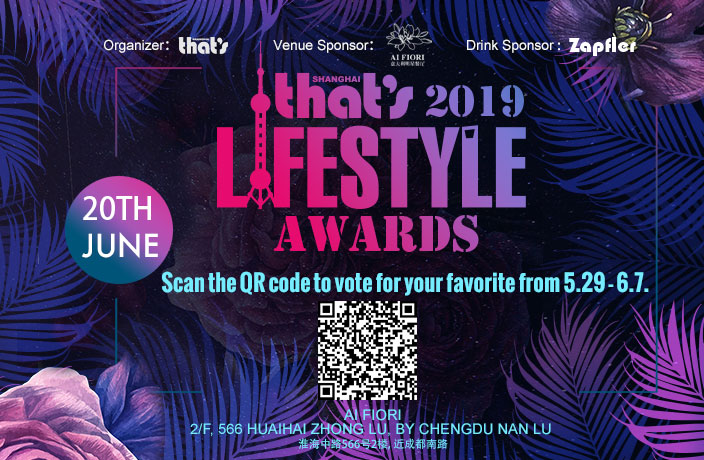 It's that time of the year again, time to cast your vote for That's Shanghai Lifestyle Awards!