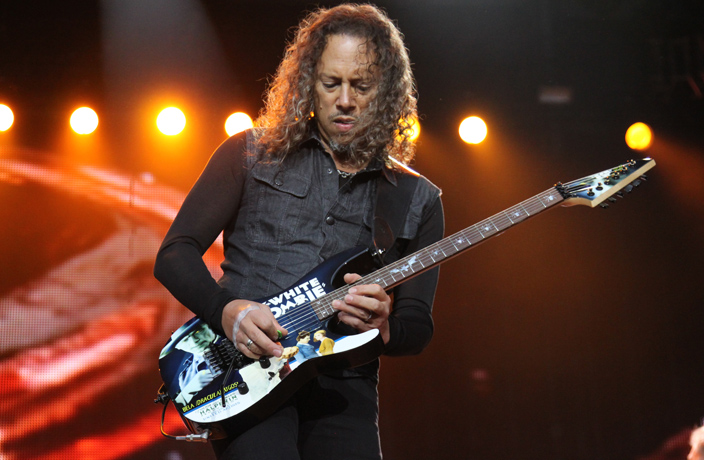 Formed in 1981 in Los Angeles, Metallica has come a long way from their garage days with eight Grammy Awards, three Billboard Music Awards, two American Music Awards and millions of records sold. Last year, they roared back with their first album in eight years. Arguably their heaviest record since their classic 1991 disc Metallica (aka. The Black Album), the metal legends are returning to China for the second time, stopping off in Shanghai (Jan 15 @ Mercedes-Benz Arena), Beijing (Jan 18 @ LeSports Center) and Hong Kong (Jan 20 @ Asia World Expo Arena). Despite their busy world tour, legendary lead guitarist Kirk Hammett found time to chat about the new album, playing rarities on tour and of course, guitar solos.

Your 2013 performance in Shanghai was a first in the PRC, what took you guys so long to get to mainland China?
Well, we’ve always had intentions on playing in China and, you know, we had to be invited to play China, we just couldn’t go there and demand to play. But now that we’ve had that invitation and broken that ice, China’s gonna be a pretty regular stop for us.

What stands out most in your memory from your last visit to Shanghai – either from the show or from the city – and what are you most looking forward to about returning?
You know, the pure enthusiasm that we saw everywhere – and that was like you know, before, during and after the show – it was like just a very, very cool thing to see how much the Chinese audiences appreciated the fact that we were there. I mean, it was very evident that they were appreciative as well, I mean there are people who were crying in the audience because they were so happy. At least, I think that’s why they were crying. I think they were tears of joy.

Hardwired… to Self Destruct has earned a fair share of praise in the metal community – both amongst fans and the media. What did you guys change this time around, compared to the process behind Death Magnetic and St. Anger?
Well you know, it’s like, every time we record an album, it’s a different experience. And there’s like so many different things that we change in the studio, I mean, you know, whenever we go and record an album, it’s never the exact same process ever. A lot that has to do with the songs, a lot has to do with, you know, how we play our instruments, at that point of time, and so the only real major difference that we did with recording this album is that we recorded entirely in HQ, which was a great thing for us.

Your set lists this tour have featured a couple surprises. What prompted the band to revisit songs like ‘Breadfan’ and ‘Whiskey in a Jar’?
Well, we’ve never really stopped playing ‘Whiskey in a Jar,’ but, you know, sometimes we forget about songs and we just kind of like pass over one song for another song a lot of times or we pass over our cover songs to play new material, and you know, it’s been a while since we played those songs. It’s always good to break out material that you haven’t played for a long time. It’s a nice surprise for both us and audience. 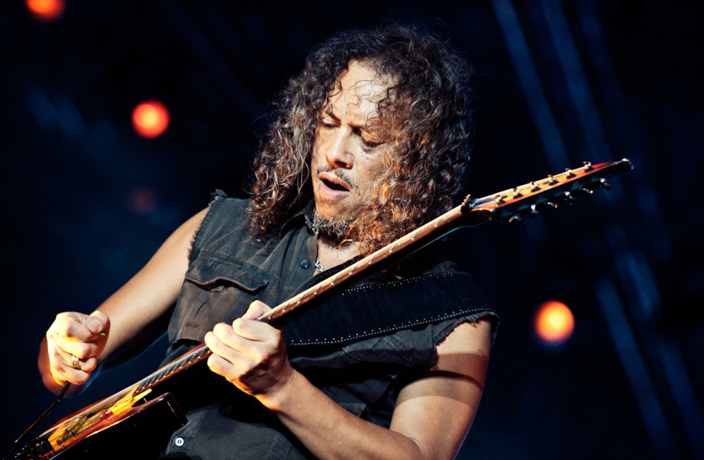 What do you think is the most important to every guitar player when it comes to guitar solos?
Well, first of all, if you attempt to play guitar solos, you need to know basic rhythm. And you need to know where all the notes are on the neck and then you need to start learning scales, major minor scales, pentatonic scales, modes, scales in one, two, three octaves, relative major scales, relative minor scales, harmonic major scales, harmonic minor scales, octaves, arpeggios in two octaves and three octaves. You have to learn all that stuff if you wanna be a pretty well-rounded guitar player. There are other guitar players out there who didn’t learn that stuff who were brilliant guitar players, so, you know, if you fall somewhere in the middle, I think you’ll be alright.

You guys get to travel a lot, what is your favorite place to visit?
Well I like any place that has miles and miles, miles coastline and surf.