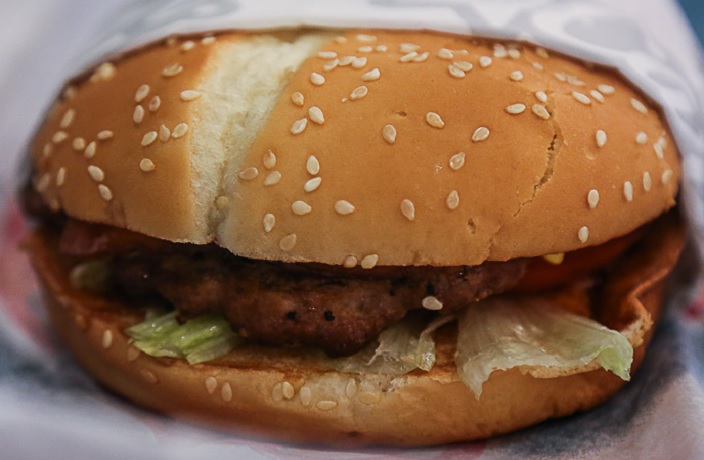 Baijiu is having a moment.

Once the drink of Chinese New Year annual dinners and drunks trying to get turnt as quickly and cheaply as RMB3 Lawson's bottles will allow, the national spirit of China has suddenly found itself on the international stage.

There’s foreign brands like Byejoe (check out our review of their cocktails at Logan’s Punch here), and there’s bars like Capital Spirits in Beijing that are dedicated solely to serving upscale baijiu. Pacific Coffee has three new baijiu-based drinks for some reason. And 'World Baijiu Day' is even a thing, apparently.

The latest in the 'jiu's global pivot is Carl’s Jr’s ‘Summer Moonlight Burger’ — AKA The Baijiu Burger. For just RMB34 you get a chargrilled burger ('made with 100 percent real beef' Carl’s reassures us), topped with bacon, lettuce, tomatoes, cheese and crispy onions — which happened to be missing from our burger this time around. It's all held together with a special baijiu-flavored barbecue sauce. 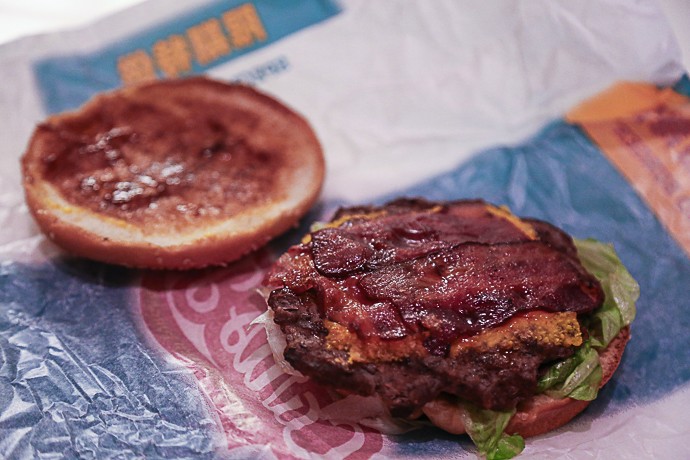 Upgrade to RMB50 for a combo meal, which gets you a side of fries and soft drink (with endless free refills, which you will definitely need later). The Californian fast food brand even has a buy-one-get-one deal until August 21 — two Baijiu Burgers for the price of one.

Upon unwrapping the burger, we got a strong whiff of the odorous intriguingly fragrant spirit, which we could smell from all the way across the table. The scent immediately brought us back to Spring Festival in the countryside with aunties, cigarettes and fireworks galore. But then the smell became so pungent that flashbacks from the horrific hangover we had the next day came to mind.

After taking a bite into the burger, we instantly felt the urge to pass out on the sidewalk outside a nearby KTV at 7pm. 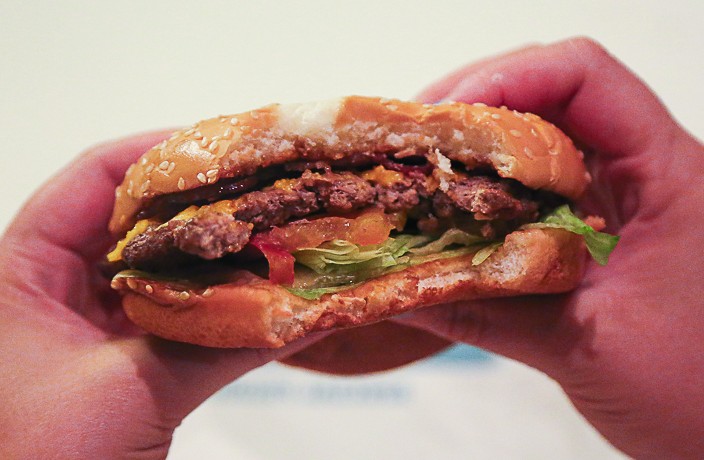 … Just kidding. We felt nothing. And unless you’re the world's worst lightweight, you probably won’t either, as each burger contains less than one milliliter of actual booze — not even a quarter of a teaspoon.

On a scale from 'not bad' to 'horrible,' the burger fell somewhere near 'I'm not mad at it.' The baijiu sauce was tangy and sweet, but not overwhelmingly so. But the taste of spirit lingered in our mouths afterwards for an uncomfortably long period of time, which is when our unlimited free refill on soft drinks came in handy.

So would we recommend this burger? If you’re into novelty menu items, sure. But if you’d rather not reminisce on poor decisions made during baijiu-soaked nights, then perhaps you’re better off with the RMB30 bacon cheeseburger. 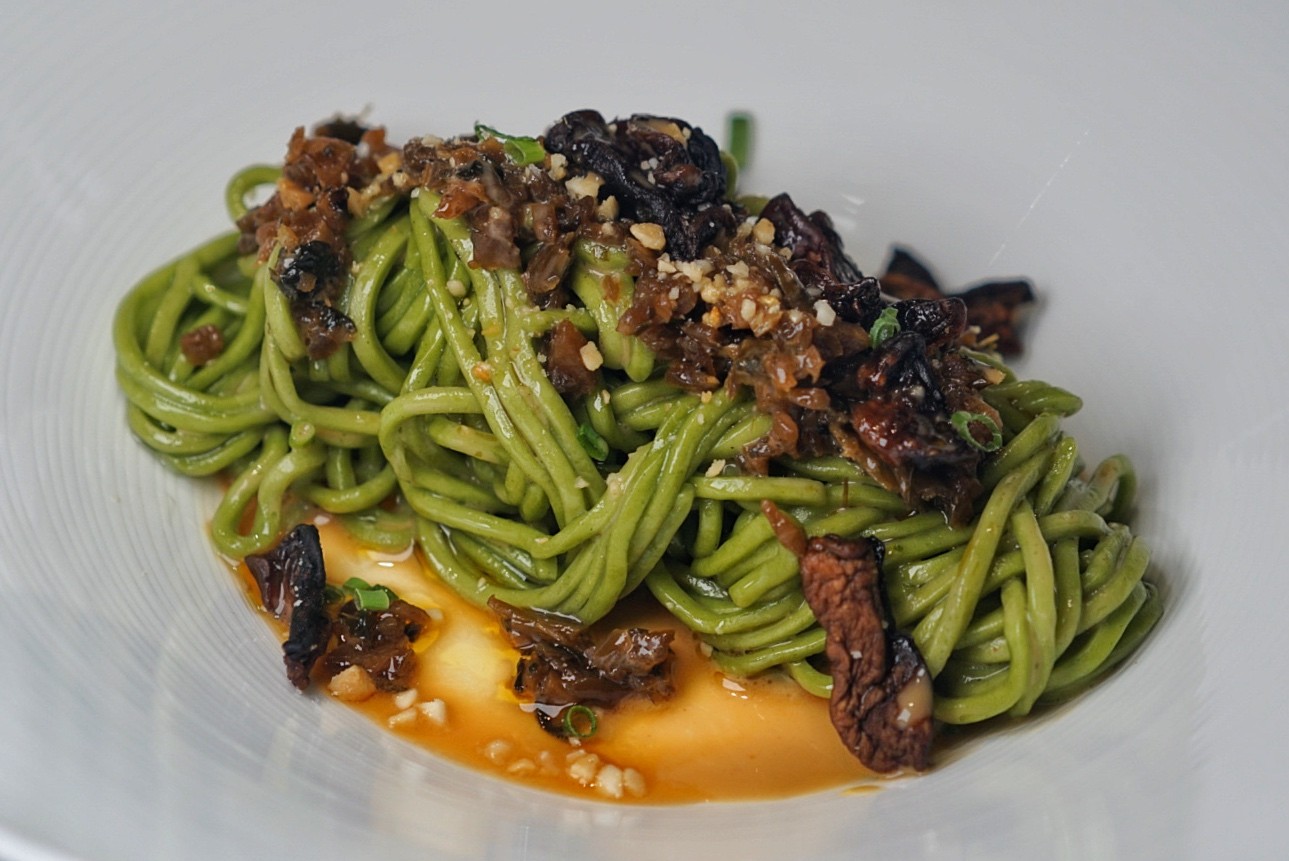 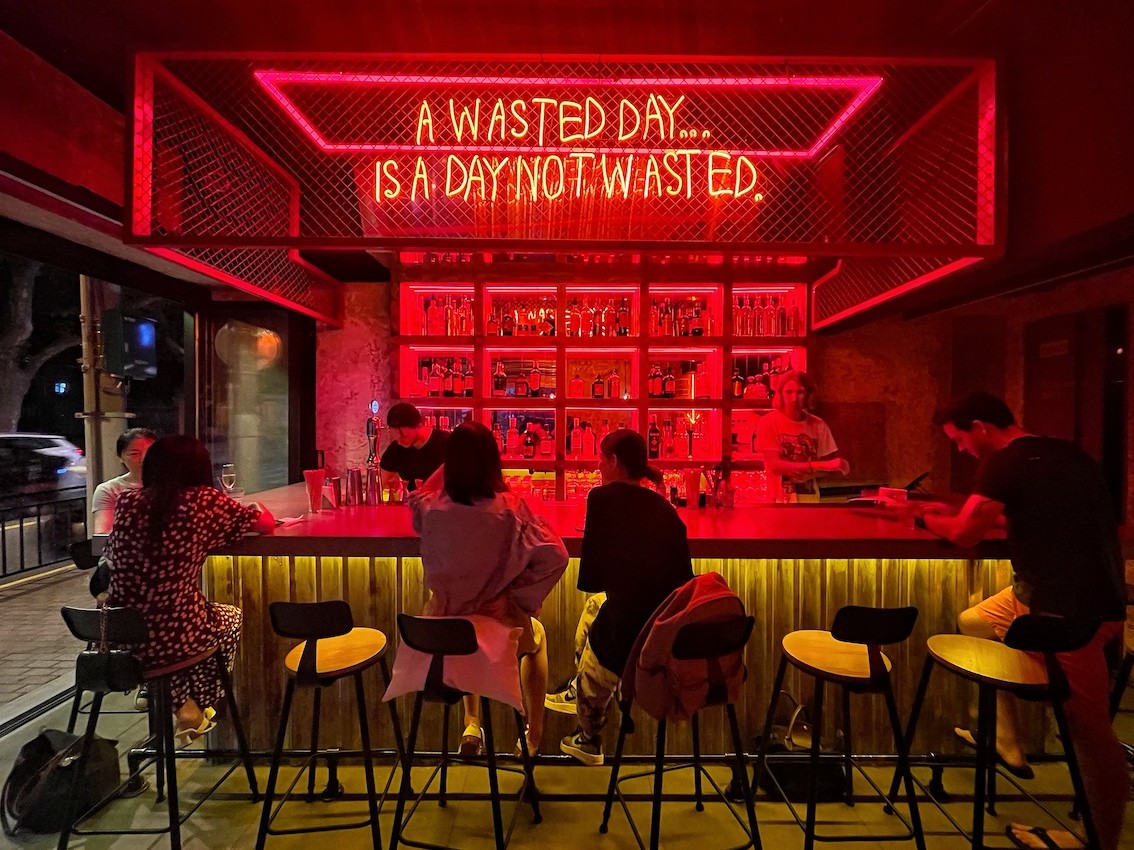 Turn On, Tune In and Drop Out at The Drinkery 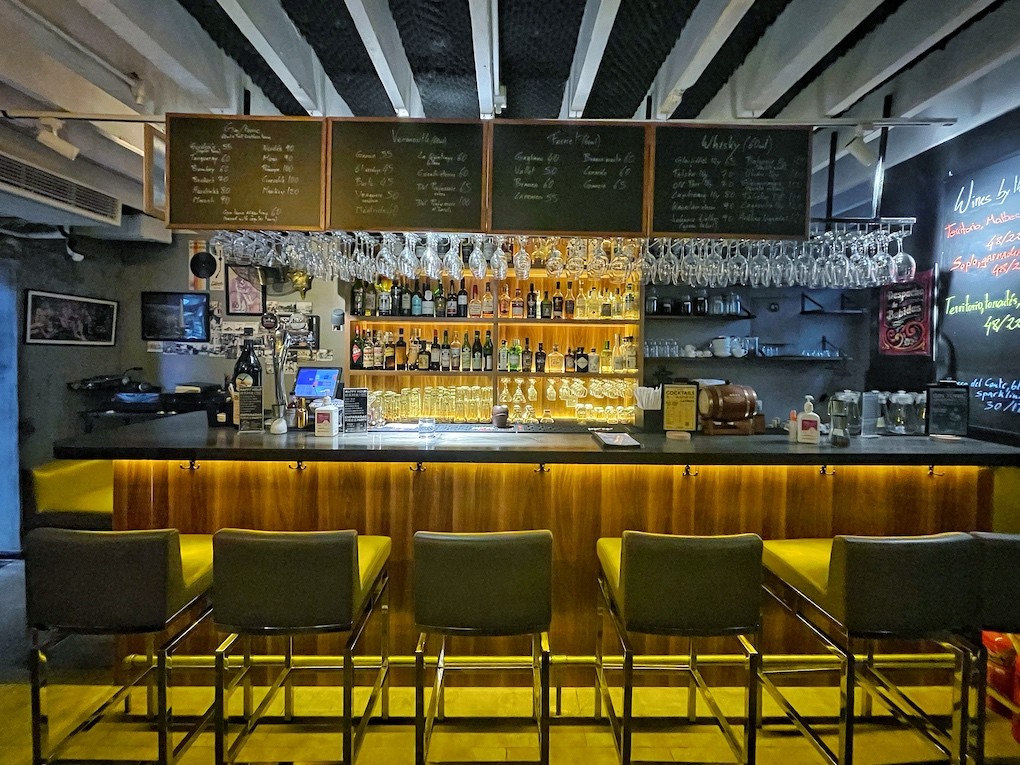 Enjoy all things Argentina at this laidback neighborhood hangout.

A modern take on a traditional tea house, Wulu offers a refreshing alternative to always grabbing a coffee or cocktail