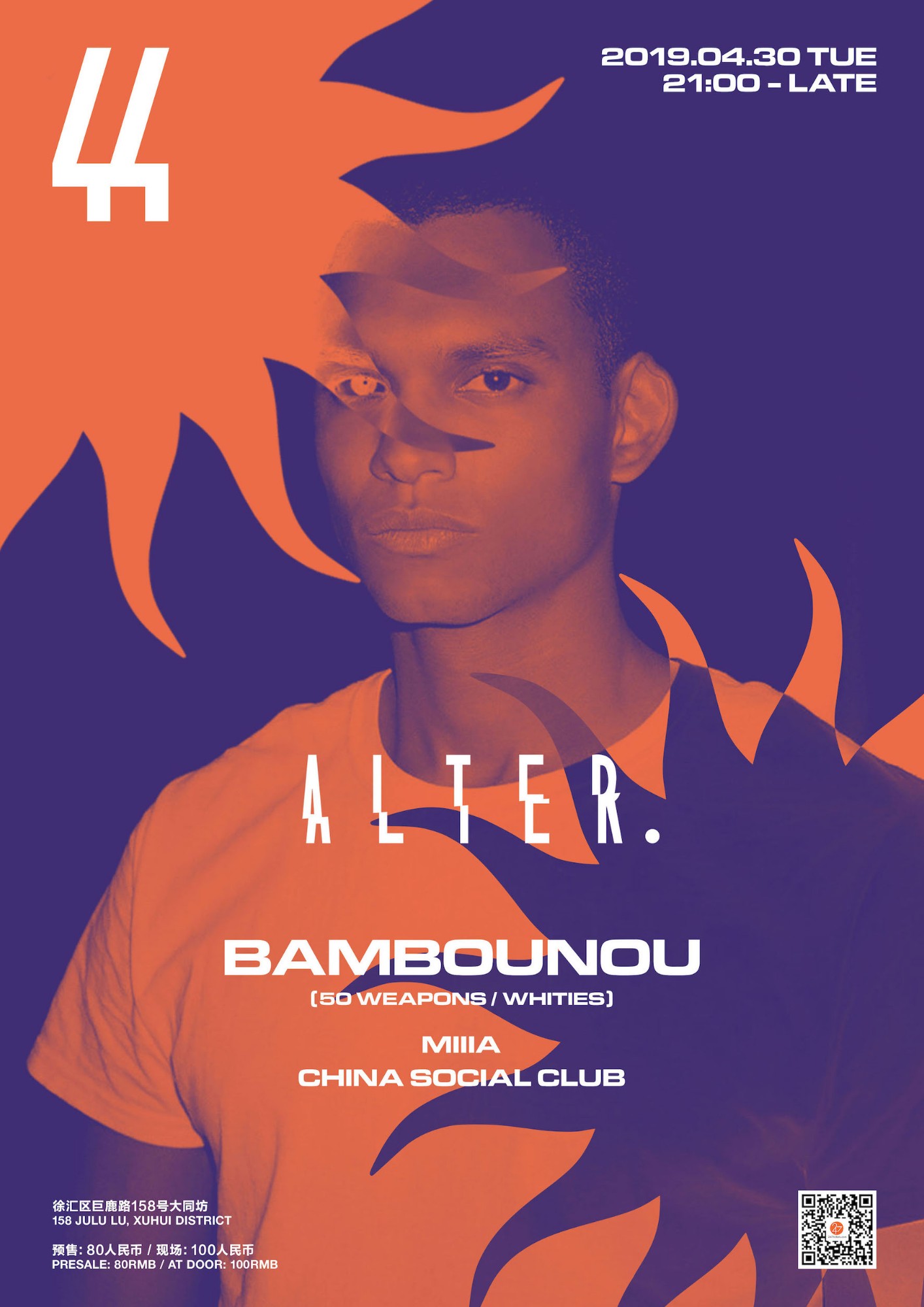 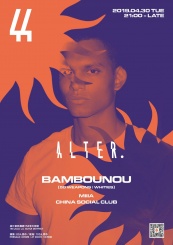 Alter. is back again at 44KW for an eclectic evening featuring one of the key figures in the Parisian scene, Bambounou. Come for a night of endless dancing to dark alluring beats alongside tantalizing rhythms.
His effortless straddling of experimental eclecticism and 4x4 beat mastery helped Bambounou to early on catch the eye of Modeselektor, whose 50Weapons released two albums and five EPs of his axiom breaking dance incantations. His ever-evolving and forward thinking productions have more recently seen a release on the revered WHITIES imprint.
Bambounou’s originality and craftsmanship have earned him some first-rate remixes with the likes of Laurent Garnier, Jessy Lanza and Sampha.
Joining the decks alongside Bambounou in Room 44 is one of the backbones of techno in China- MIIIA. China Social Club will lay down some disco and funk tunes in Room KW all night long.