In the latest cheating scandal to hit the country, TOEFL teachers and students are claiming that the contents of the latest exam held on January 31 were leaked, with complete sets of answers sold over the WeChat messaging app for RMB30,000. 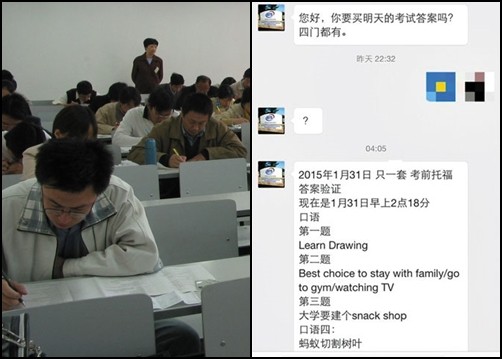 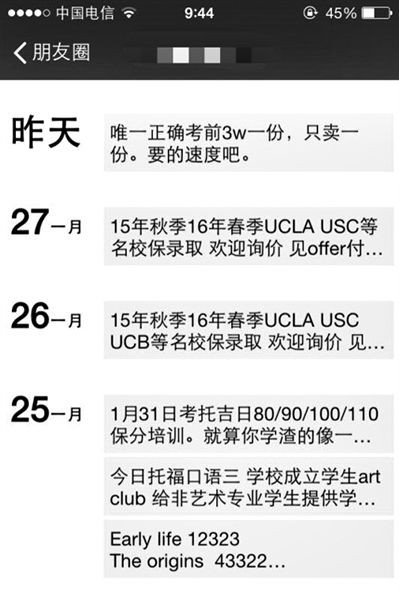 Wu Xiaoliang, a Test of English as a Foreign Language instructor, has revealed that the January 31 test papers were offered online as early as Christmas. Wu says that this latest leak "affects the entire English language teaching industry" and believes that there must have been teachers selling the answers to students. Since they only comprised a minority, however, he believes the  problem is still within their control.

TOEFL organizers Educational Testing Service have yet to confirm any leak, but say that the group's stateside headquarters are dealing with the situation.