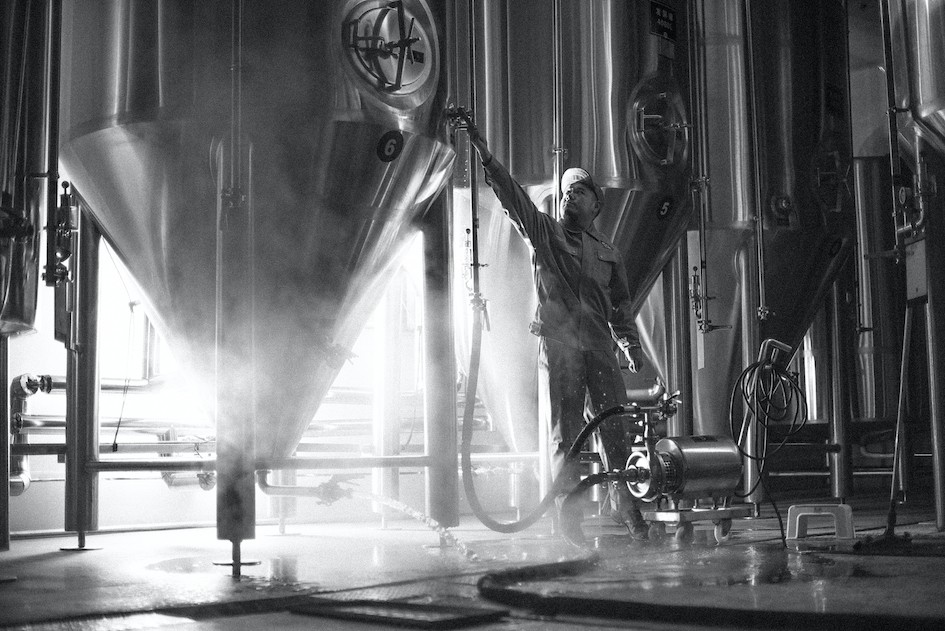 Wuhan has been through a rollercoaster in the last 18+ months, but is finally on a clear upward trajectory, one that is marked by an increase in tourism – specifically related to food and beverage. We caught up with Karl Jiang of No. 18 Brewing and Taylor Armstrong of Devils Brewery to understand how the reopening of the now stronger and bolder craft beer scene in Wuhan has served as a symbol of the reemergence of the pride of a city now unified more than ever. 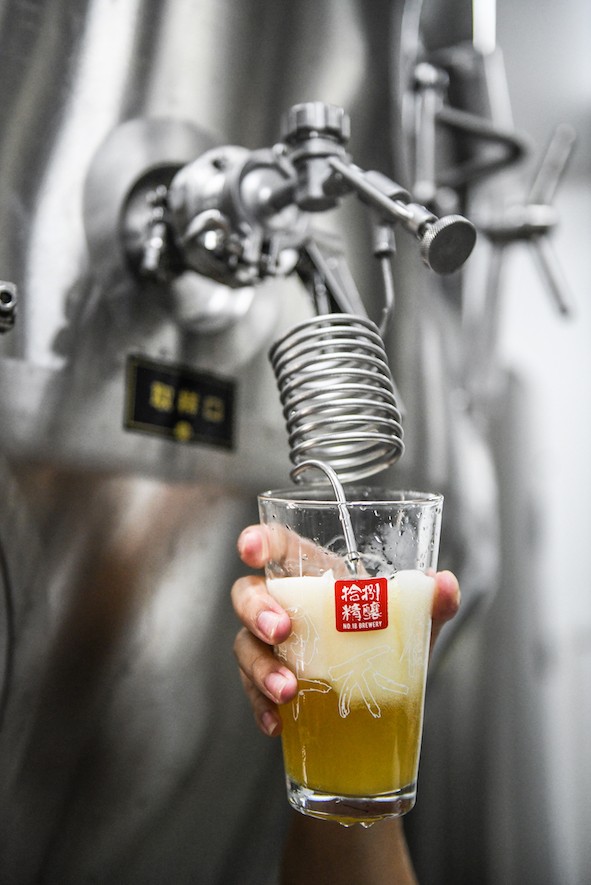 But first, a little background... 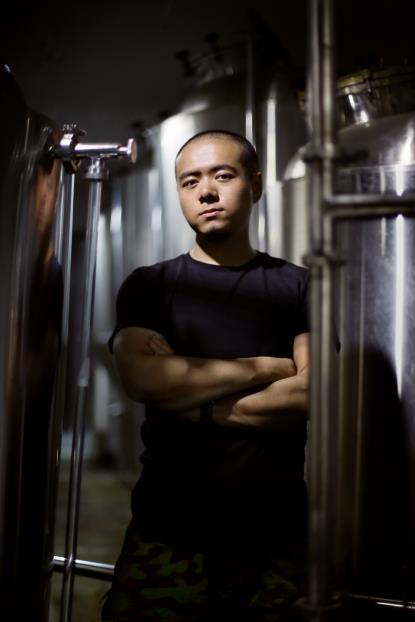 Karl Jiang, or Jiang Qi, a Wuhan-based chief brewer for No. 18 Brewing, has worked in the beer industry since graduating high school. After jumping between a few beer companies, he decided to start homebrewing in 2013, a hobby that eventually grew into one of the original craft breweries in Wuhan. 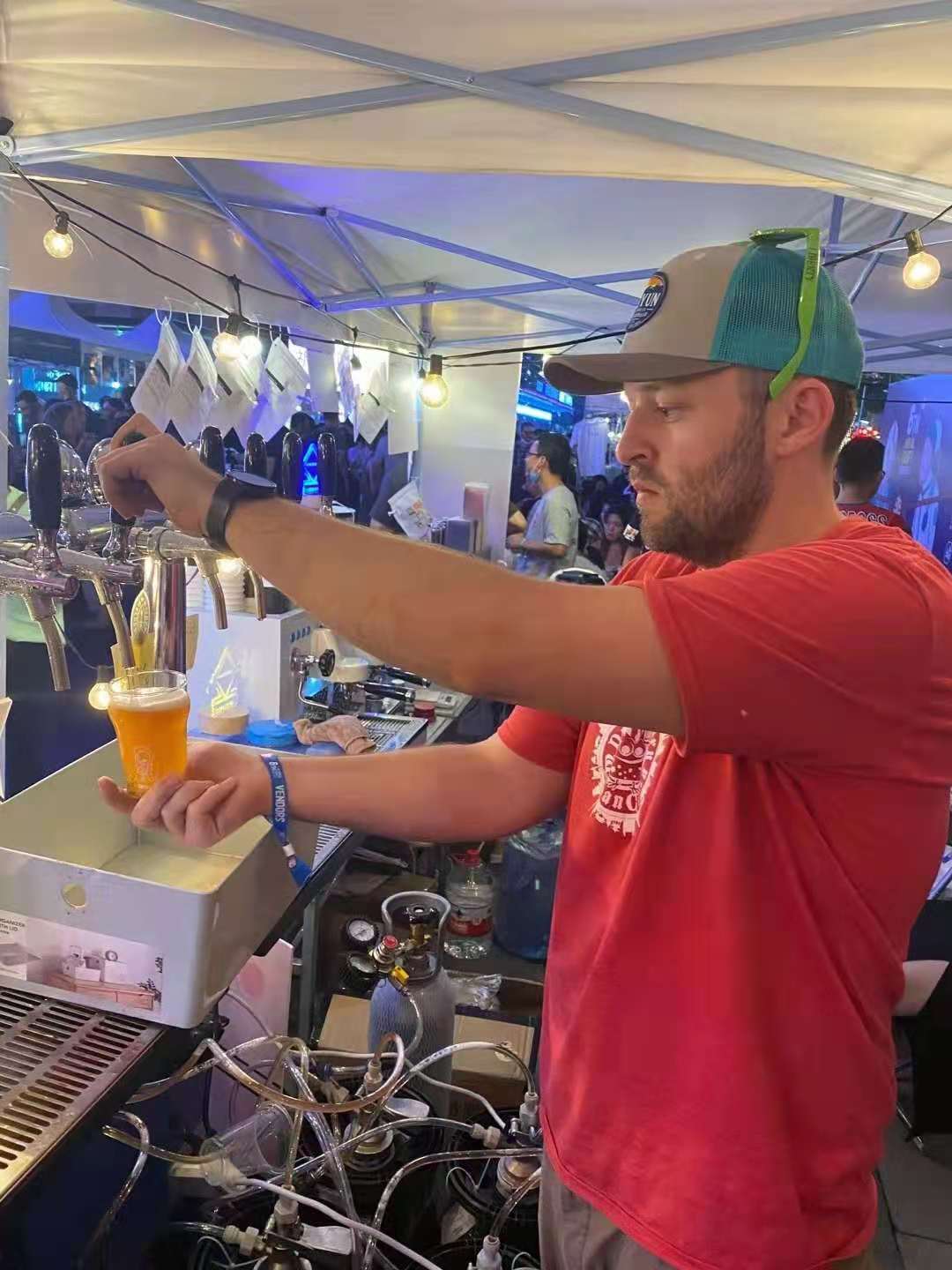 Taylor Armstrong, the co-founder and head brewer of Devils Brewery, started out at a geologist specializing in paleoseismology, who spent his free time since childhood brewing wine, and eventually beer. After meeting his partner May, they decided to open a craft brewery in Wuhan in 2015 that has since expanded to three more locations and a production facility for China-wide beer distribution. 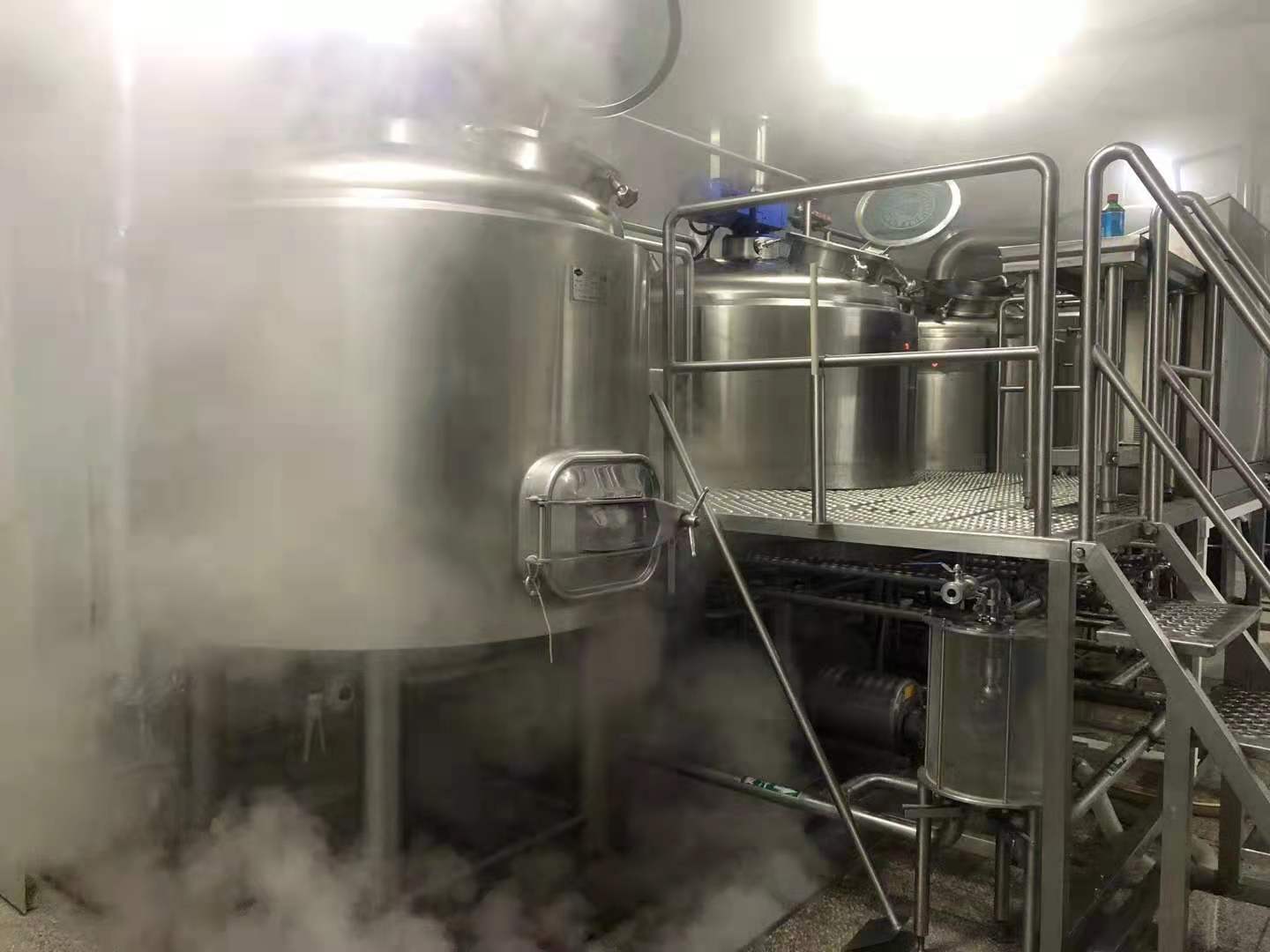 How did COVID affect No. 18 Brewing?
Karl: Like all businesses and public places in Wuhan, we were forced to temporarily close down the brewery in January of 2020. At the time, we had prepared a variety of beers, both core beers and experimental small-batch beers, to release during the Spring Festival. After recognizing the gravity of the situation, we distributed some of the beers to employees and donated the rest.

I started to volunteer in my community – driving around medical staff and delivering masks – and I arranged for a brewer to move into the brewery to manage production during the time that the brewing wasn’t functioning, with food being delivered directly to the brewery every few days. At that time, it was hard to purchase anything on the street – everything was closed – so all raw materials had to be delivered through slow channels.

Taylor: We opened our production brewing in September of 2019, and four months later had to temporarily shut it down.

I still remember first hearing of the virus at the end of December, and I immediately bought a liter of hand sanitizer and face masks. When the city shut down in the end of January, most of my employees had already returned home for the Spring Festival, so little did I know, I would spend the next few months looking after the brewery alone. 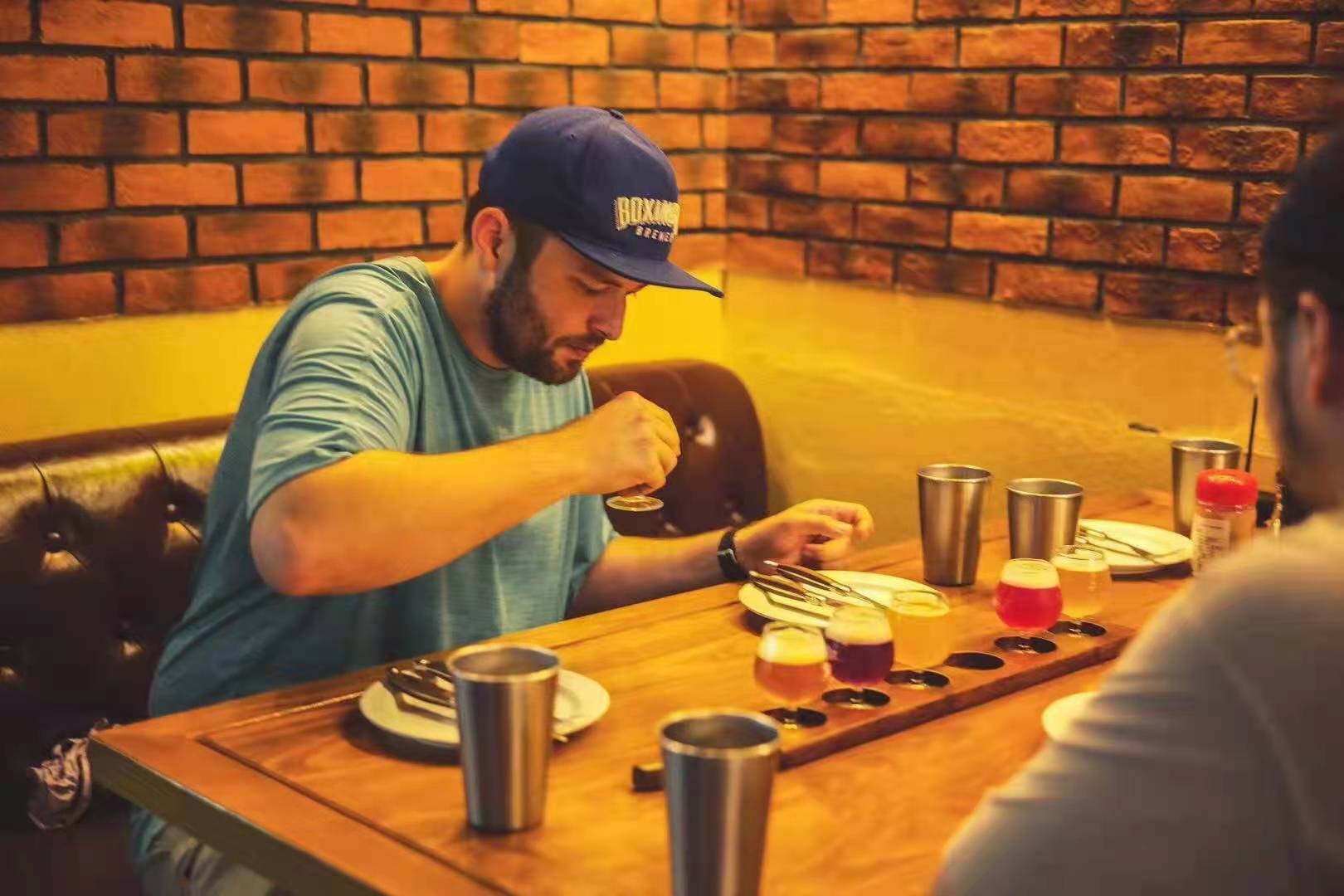 How long did you have to shut down the brewery, and how did you spend your time during lockdown?
Karl: The business was essentially shut for three months. We finally resumed production at the end of April 2020, but because of the lack of imported materials from abroad and the fear around the country – and the world – of receiving exports from Wuhan, our sales didn’t really pick up again until early summer.

Most of the employees, including myself, acted as volunteers, and we arranged for the employees of the factory to study and take beer certification exams to help keep them busy and motivated.

Taylor: The US started chartering evacuation flights for citizens to return home, but I’m so happy I stayed! Soon after lockdown, I packed my things and moved into the actual brewery for the long haul!

When I tell my quarantine story to anybody, their first comment is “You must have drunk so much beer during quarantine,” but in reality, I only drank a pint maybe every few days. I love beer, but drinking alone gets depressing real fast.

The brewery is over 1,000 square meters, so I built a small kitchen, cooking everything in my electric pressure cooker – I could start an electric pot cookbook at this point – and I spent time reading, video chatting with family, running some test batches with ingredients we had in the brewery, and exercising in my makeshift brewery gym. 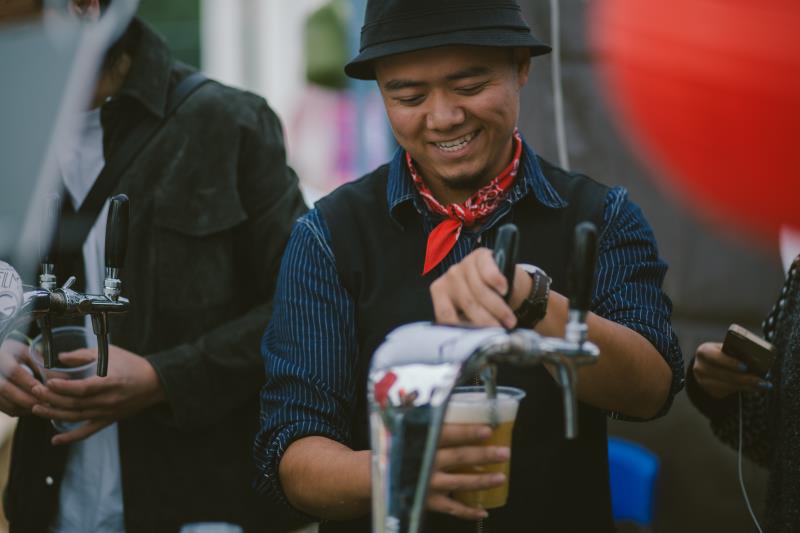 How has the craft beer scene in Wuhan recovered since COVID?
Karl: The recovery was slow. When the city began to reopen in March, diners wanted to eat typical Chinese food – hot pot and barbecue – not Western food and high-end craft beers. But slowly, business began to pick up throughout May, and by June there was explosive growth.

No one wanted to stay at home anymore – they wanted to go out, eat, drink and party. While many small businesses didn’t survive the pandemic, we were fortunate enough to make it through and come out stronger on the other side.

Taylor: Although we could operate at the beginning of April, everything was still closed, so we offered delivery service, brewing only in half-day increments with a skeleton crew and running deliveries in the evening to help keep everyone employed. It was a rough time, but luckily we survived!

Most foreign nationals were evacuated pre-COVID, so the entire expat community in Wuhan has been greatly affected. About 70% of our customer base is still stuck abroad or moved away. However, our local customer base has grown greatly, signifying the increase in popularity of craft beer among Chinese. 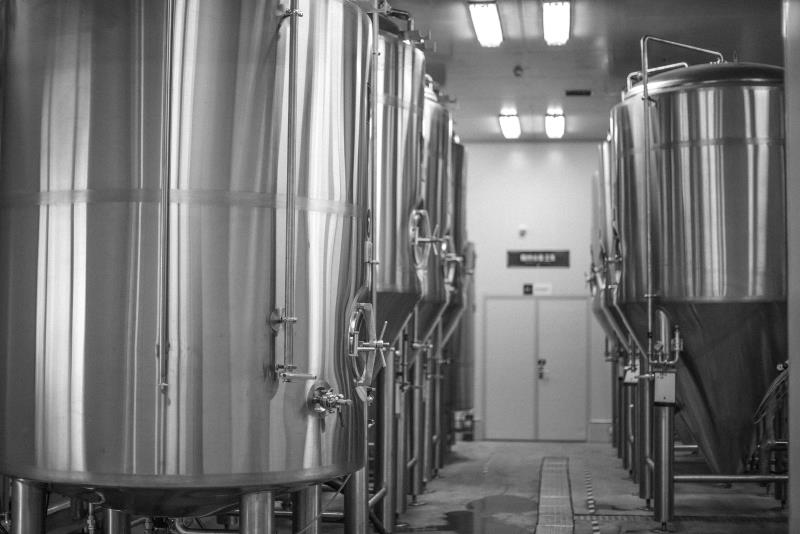 Were your brew releases changed as a result of COVID?
Karl: We planned to release a seasonal cherry-flavored lager during the Spring Festival, a more durable beer that lasted the pandemic in the fermentation tanks. We decided to release this beer with a double label to commemorate the Wuhan experience.

On the label, we showed some of the stories of the city during the pandemic, like scenes of medical staff from all over the country coming to help Wuhan. We donated a portion of the proceeds from the sale of the beer to further pandemic prevention.

Finally, on the first anniversary of Wuhan’s reopening after lockdown, we brewed a collaboration beer with Danish brewery Mikkeller, a wildly successful ale that sold out so fast in both Wuhan and the Mikkeller taproom in Shanghai.

Taylor: We have since returned to a post-COVID ‘normal.’ We have more local customers, which is more sustainable in the long run, and we have been offering a wider variety of beers to appeal to this emerging crowd.

After quarantine, I brewed a lychee dragon fruit Gose, called Quarantine Devil, by myself. The experience of brewing fully by myself was interesting, and I’m considering brewing it again, but this next time with a helper.

Where do you see the craft beer scene going in Wuhan in the next five years?
Karl: In the future – not only in Wuhan but in the whole country – craft beer will continue to flourish and become more mainstream. Craft brewers will pop up in more restaurants, coffee shops, food stalls and hotels as the interest in high-quality, unique beers grows. We see this now specifically in Shanghai, where the local craft brewing scene has increased exponentially in the last two years.

Taylor: I see a trend starting even now of more local craft breweries opening up across China that will push the craft beer scene forward even more quickly. This will in turn help cultivate more general beer interest and more local enthusiasm for our product. I think that COVID caused a short-term hit, but a long--term win for the craft beer scene in China. The ball is rolling and even COVID can’t stop it.

[Cover image courtesy of No. 18 Brewing] 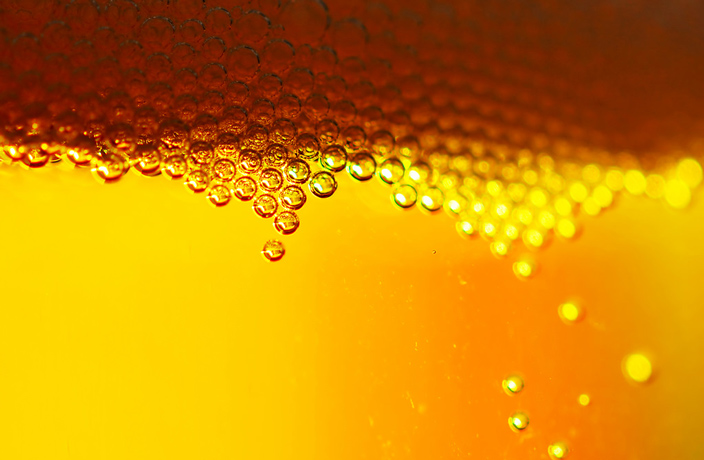 China's craft beer got popular. And then it got complicated.

Will Chinese-Made Craft Alcohol Ever Take Off?

Meet the makers trying to change the face of Chinese-made alcohol.

5 Things: A guide to the best of China's domestic beer