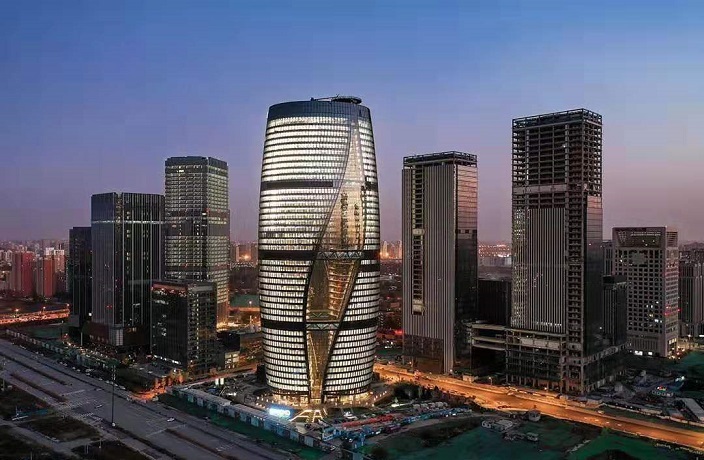 A shining new landmark has been added to Beijing’s skyline: Leeza SOHO, designed by Zaha Hadid and Patrik Schumacher of Zaha Hadid Architects.

The building is a sign of the growing financial hub at Fengtai district, an area that connects the city center with the recently-opened Beijing Daxing International Airport (another of Zaha Hadid’s creations) in the south.

The 45-floor gleaming cylinder will house retail spaces and offices for small- and medium-sized business in Beijing, with lockers and shower facilities. The building will also house 2,680 bicycle parking spaces and dedicated charging spaces for electric and hybrid cars, located below ground. 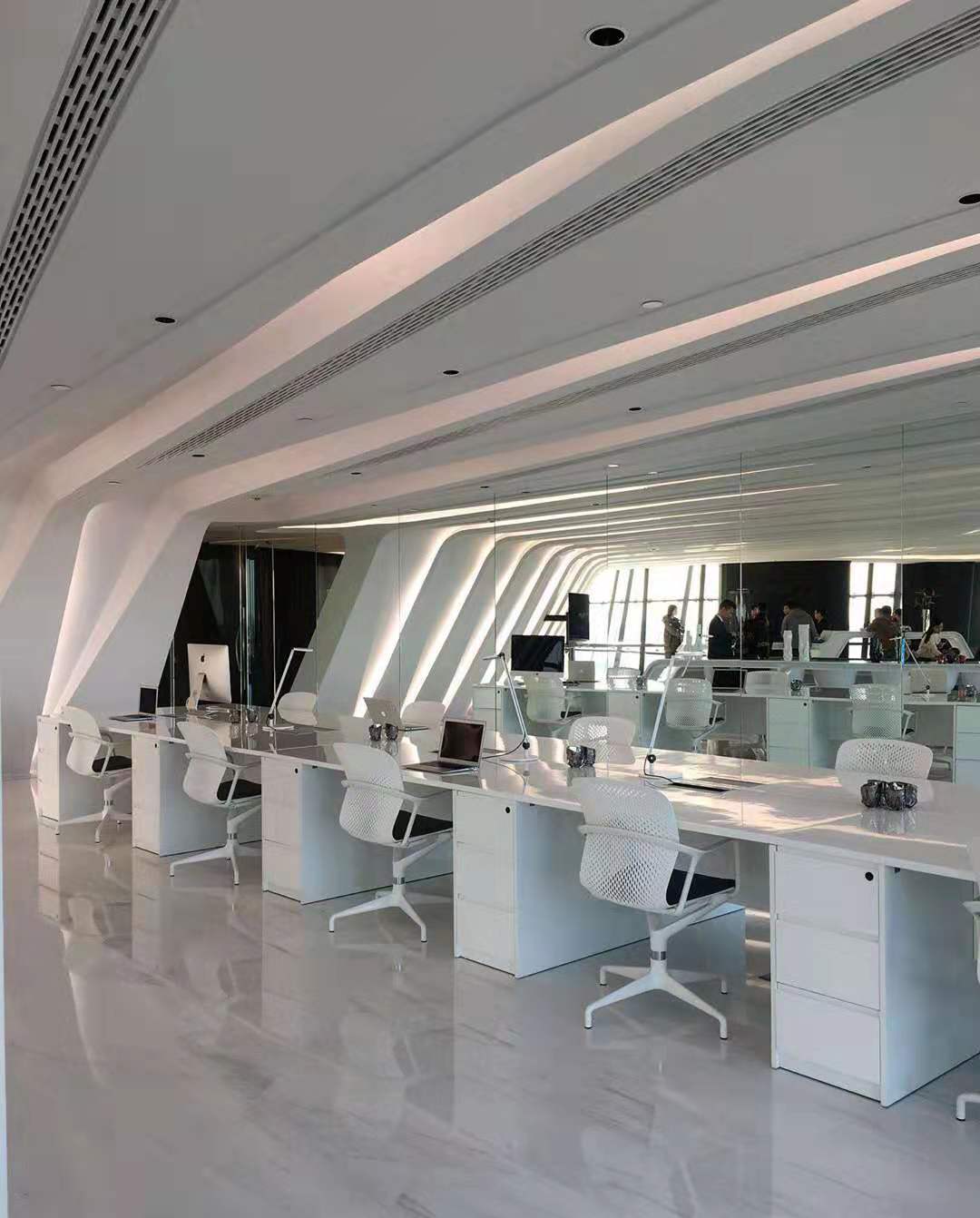 Diagonally dissected by an underground subway service tunnel, the tower is divided into two halves in a dynamic pas de deux, enclosed by a glass shell allowing natural light to pass throughout the building with the added bonus of panoramic views across the city. The space between the two halves stretches for 194.15 meters, making this the tallest atrium the world has ever seen, a title previously held by the Burj Al Arab in Dubai. 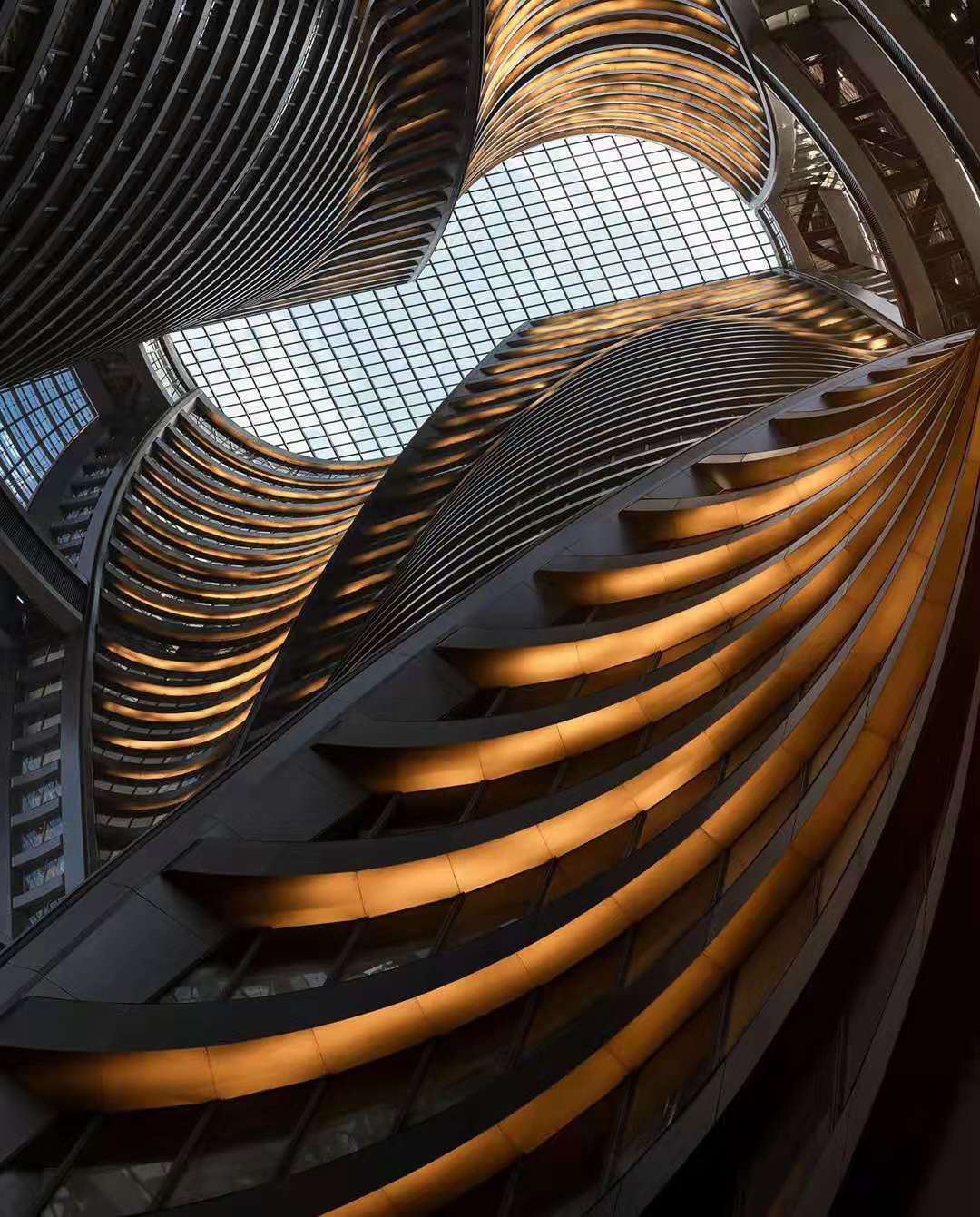 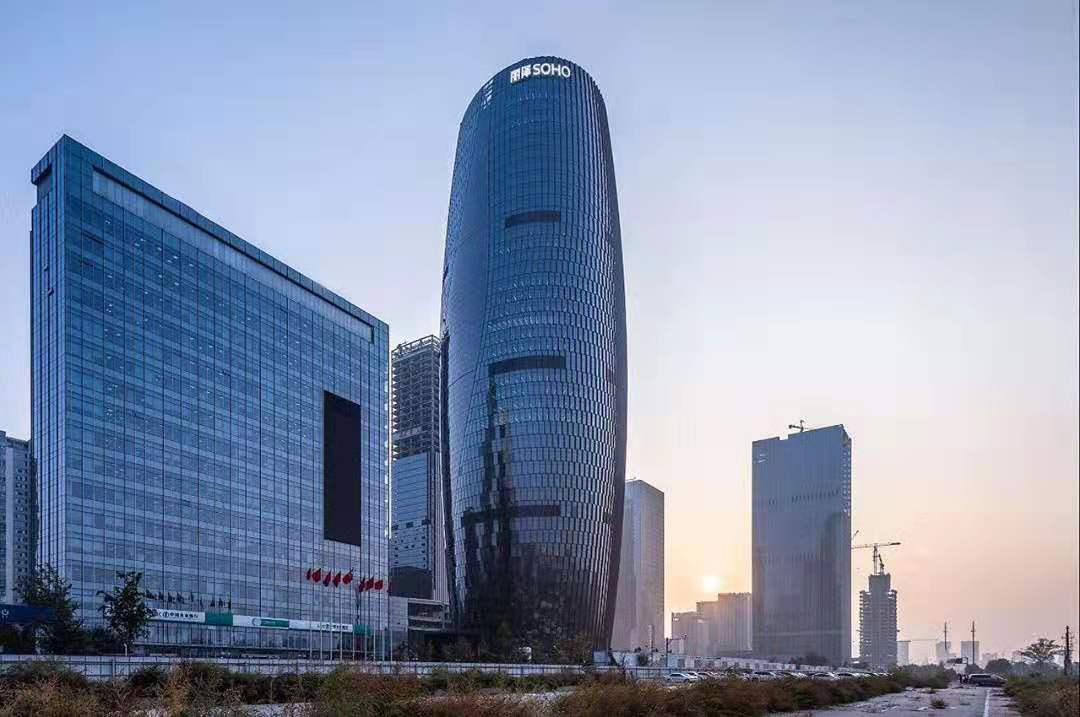 The building has also been designed in order to achieve a LEED Gold certification by the US Green Building Council, with an advanced management system monitoring real-time environmental control and energy efficiency. This includes heat recovery from exhaust air and high-efficiency pumps, as well as water-collection, greywater flushing and an insulating green roof capable of harvesting solar energy.