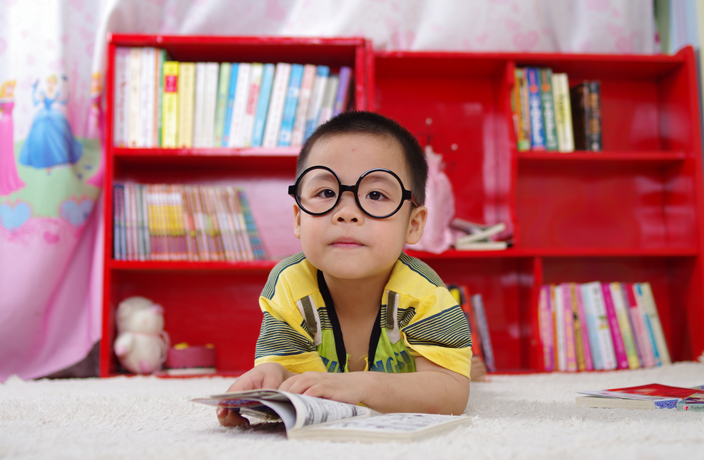 Recently, the Chinese internet saw heated debate over ‘quantum speed-reading,’ a method touted by an education consulting firm in Lanzhou, Gansu province as enabling students to ‘finish reading a book in a minute,’ Southern Metropolis Daily reported on October 16.

A video posted by the Guangzhou newspaper showed children using the reading method to skim through books by flipping quickly through pages (sometimes while blindfolded). Ms. Shi with the Lanzhou company told reporters via a phone interview that the theory behind ‘quantum speed-reading’ is to “develop children’s ability to resonate with the cosmos.” Shi said that if a child’s brain is strong enough, they can ‘see’ the scenes described in books unfolding in their mind as if they were watching a movie. A three-month speed-reading course costs RMB12,800, she added. A video posted on October 14 showed a roomful of students leafing through books, while being overseen by staff members during a speed-reading competition organized by a school branch of Beijing Xinzhitong Qiguang Education, a ‘brain training’ center, according to Beijing Time. According to China Daily, the speed-reading competition was held at a branch school of Beijing Xinzhitong in Yancheng, Jiangsu province.

An organization poster claimed their courses, which are aimed at the 10-16 age group, featured ‘quantum speed-reading’ that could help their trainees to finish a 100,000-word book in one to five minutes.

Watch ‘quantum speed-reading’ below (VPN off):

A teacher, surnamed Ai, with the Beijing brain training center denied any involvement in the speed-reading course in question, telling Beijing Time in a phone interview that the course and the controversial poster were not produced by their parent company, but purchased by the branch school from an unknown source. Ai added that her company only offered standard speed-reading and shorthand training courses that were invented by a Japanese expert.

Xiong Bingqi, an education scholar with Chinese NGO 21st Century Education Study Institute, said in an interview that the so-called ‘quantum speed-reading’ had no scientific grounds as it went against common sense in the field of education and that these training centers were playing on Chinese parents’ anxiety to give their children the edge over their peers, according to Southern Metropolis Daily.