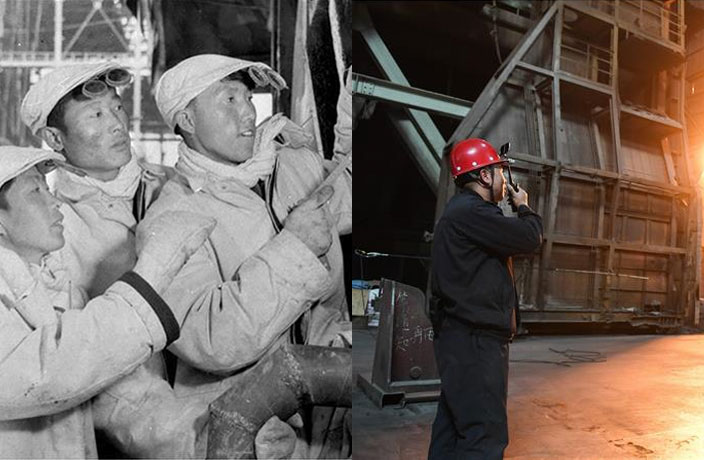 This year celebrates the 70th anniversary of the founding of the People’s Republic of China. In 1949, the nation began to rebuild itself after decades of warfare and chaos. Fast forward to present day, China has grown to become the world’s second largest economy. Take a look at the photos below to see what daily life was like during the ’60s compared to now: 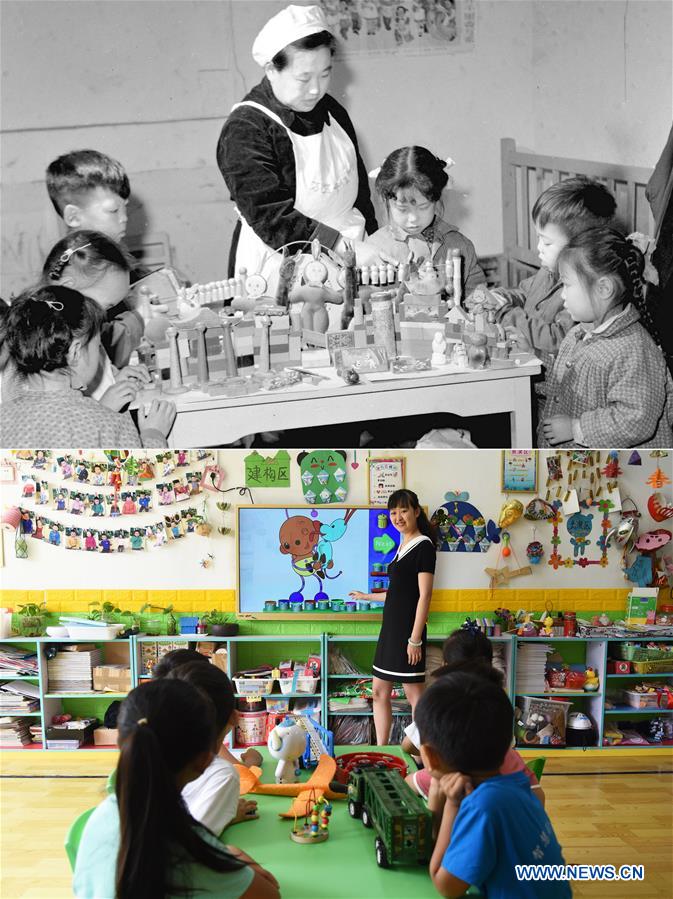 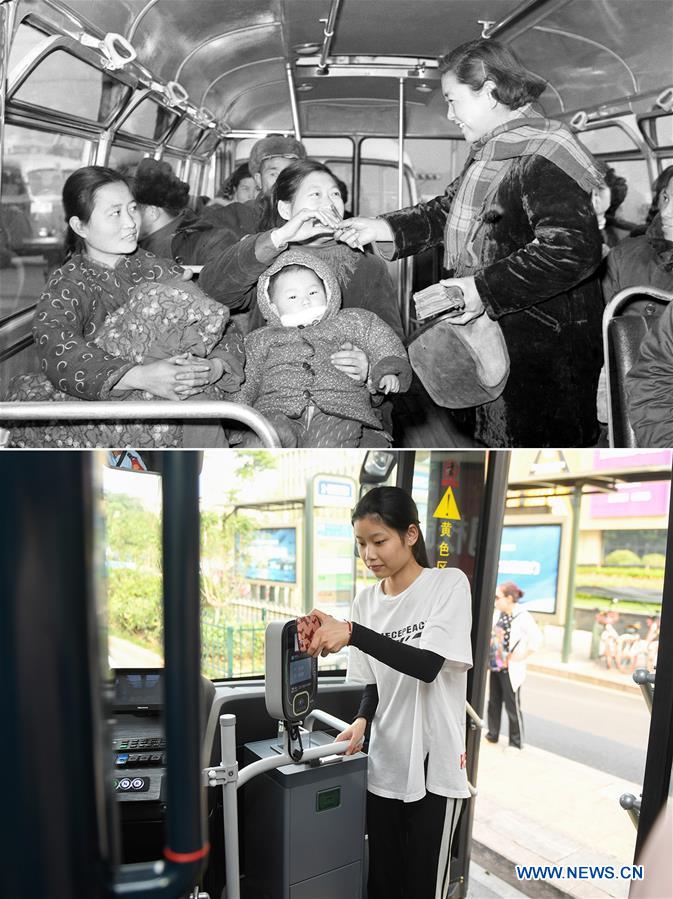 Top: A bus conductor in Beijing in 1960. Bottom: A passenger pays for a ticket via mobile payment in Hangzhou in 2019. Images via China Daily 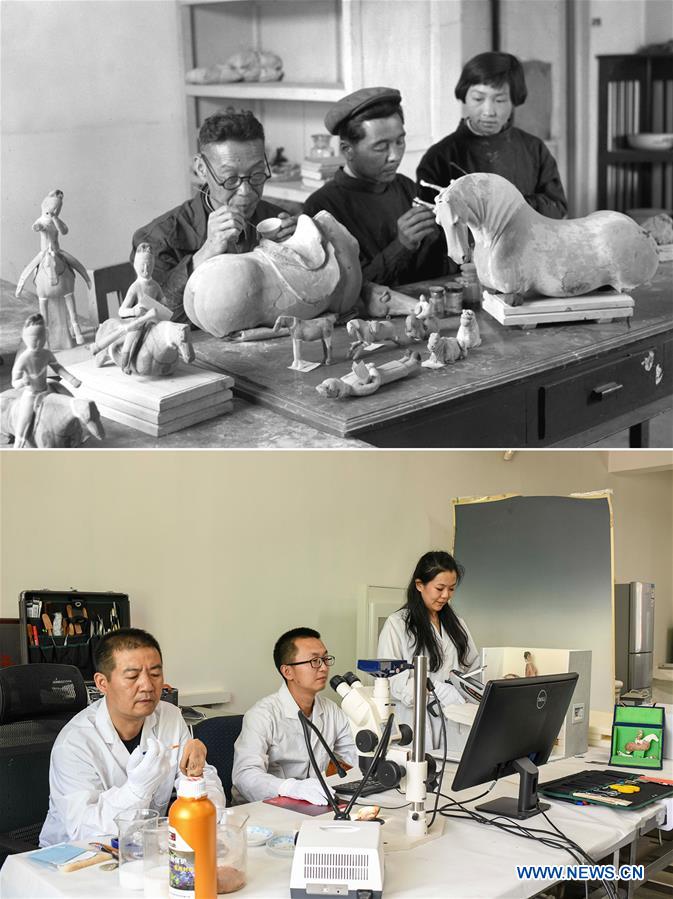 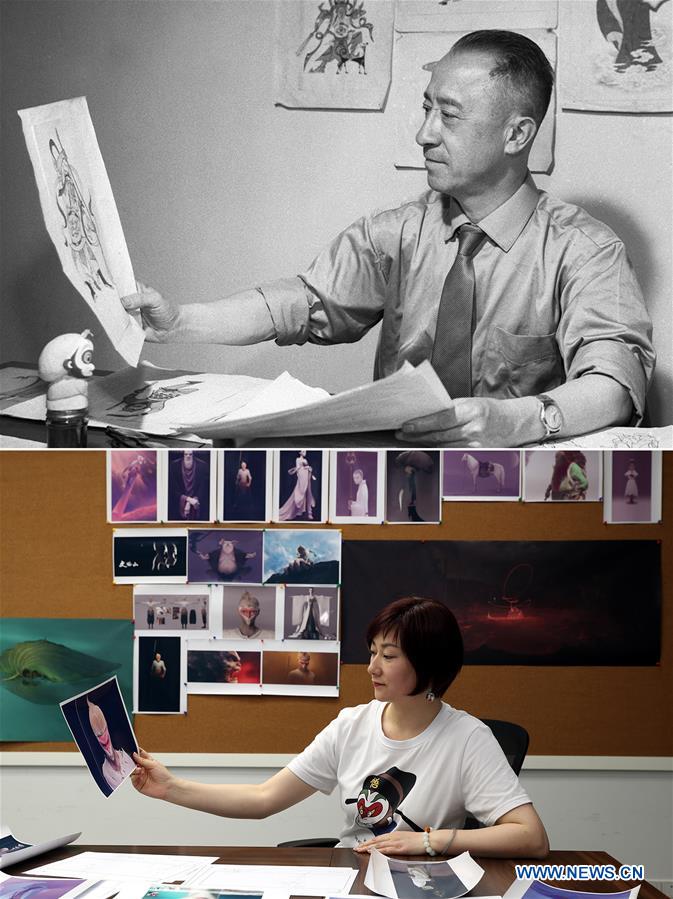 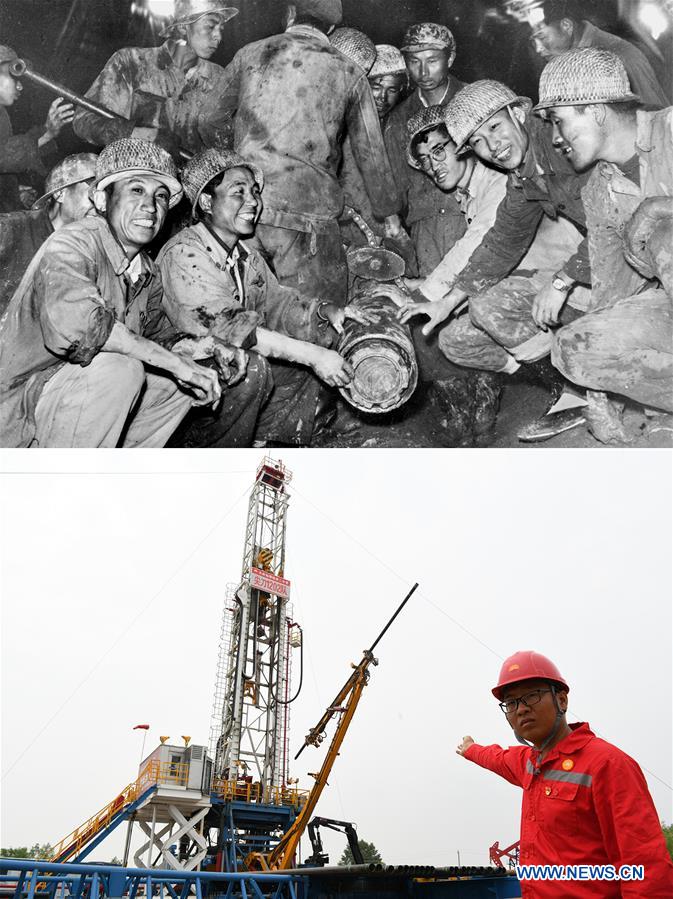 Top: Taken in 1965, oil workers take out a long rock core for the first time in Daqing, in Northeast China. Bottom: Jiang Hongwei introduces an advanced drill in use at Daqing Oilfield in 2019. Images via China Daily 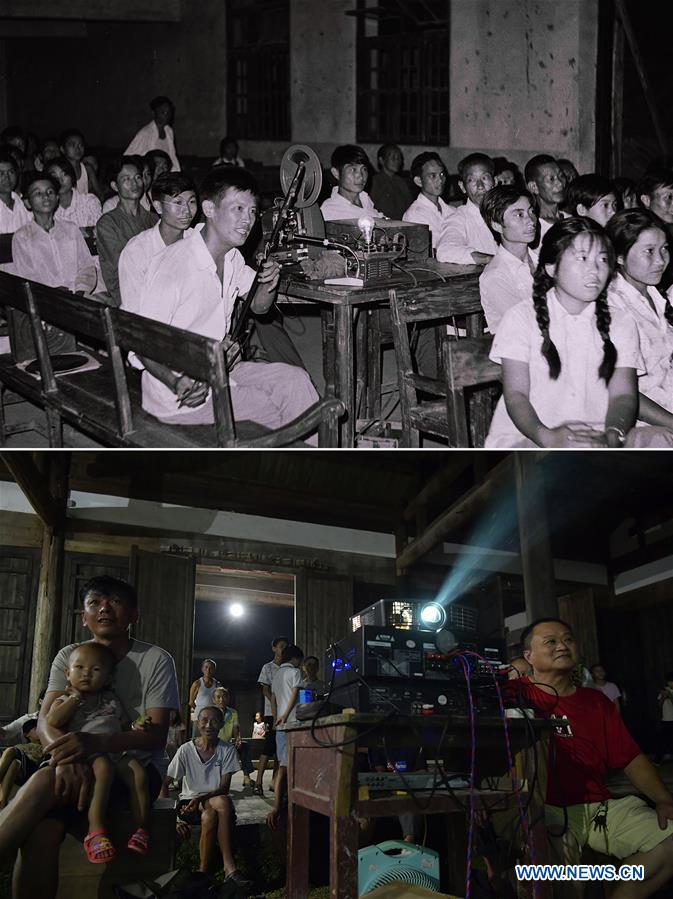 Top: Taken in 1967, a film screening in Yudu county, East China’s Jiangxi province. Bottom: A film projectionist who has been devoted in the career for 41 years, screens a film for villagers in Huzhou village in 2019. Image via China Daily