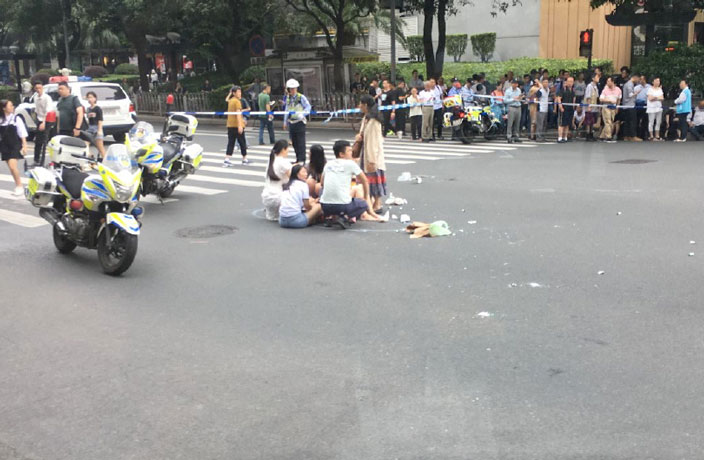 On Tuesday morning at 8.50am, a car plowed through a crowded pedestrian crosswalk in Guangzhou’s Tianhe district, according to a statement released by the Guangzhou Traffic Police this morning.

The incident took place at the intersection of Linhe Zhong Lu and Linle Lu.

Thirteen people were injured in the horrific incident, among them two individuals suffered serious injuries. All victims have been sent to a nearby hospital for medical treatment.

The driver responsible for the incident is a 45-year-old woman, surnamed Ding, who is currently in police custody.

According to a Weibo post at 3.05pm on the Guangzhou Public Security Bureau’s official Weibo account, the driver was not under the influence of alcohol or drugs at the time of the incident. In her confession to police, Ding told authorities that while she was waiting at the traffic light, she reached for a water bottle in the backseat, inadvertently shifting the car gear into drive, which caused her to lose control of the vehicle. Police are still investigating the accident. 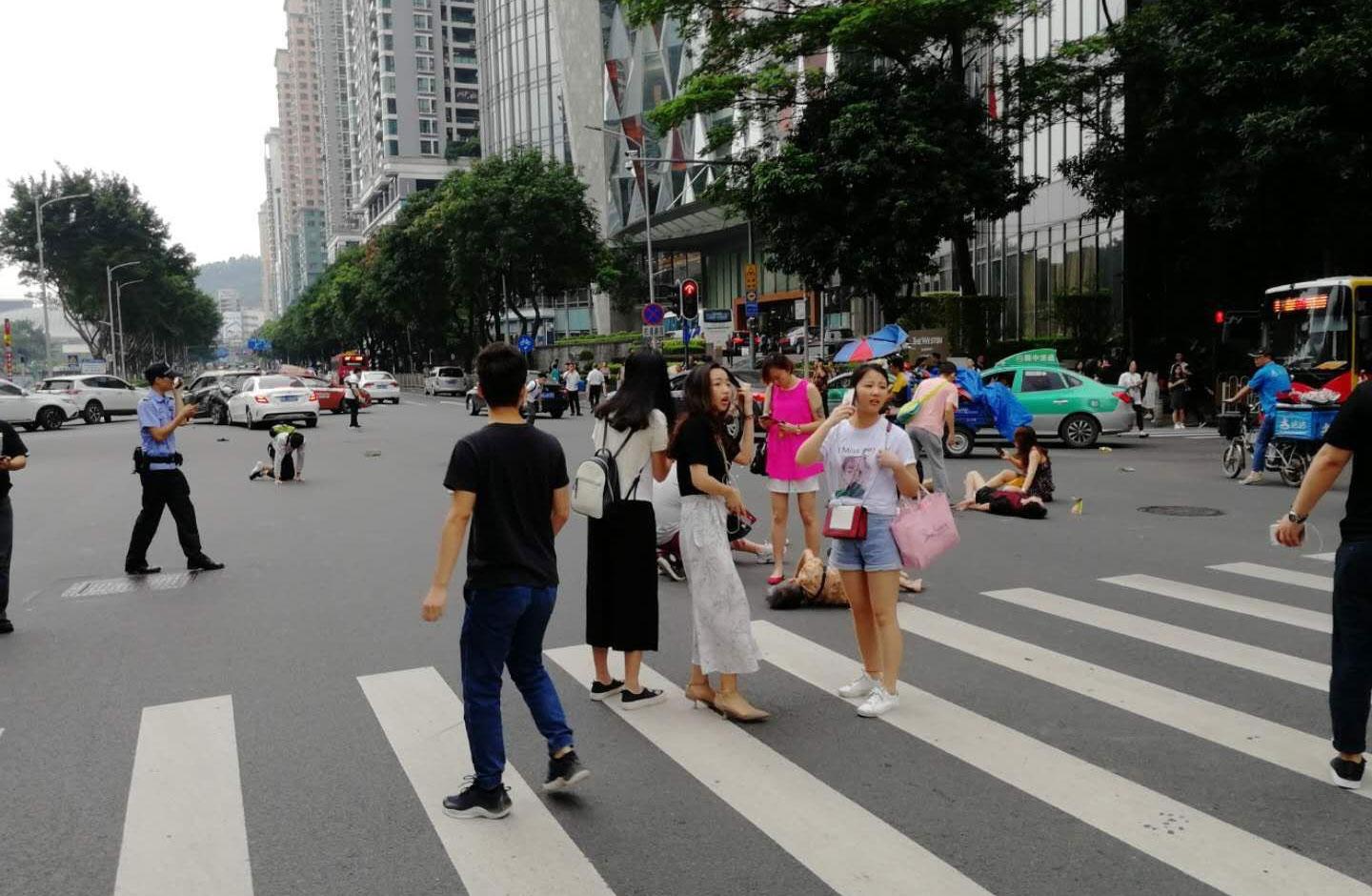 Multiple videos of the incident have surfaced online, which show a white Mercedes-Benz momentarily stopped at a red light before releasing the brakes and driving through the crowded crosswalk at the intersection adjacent to both Citic Plaza and the Westin Guangzhou.

In one dash-cam video, which was captured by a vehicle located behind the Mercedes, the white car can be seen quickly accelerating and slamming into the unsuspecting pedestrians. 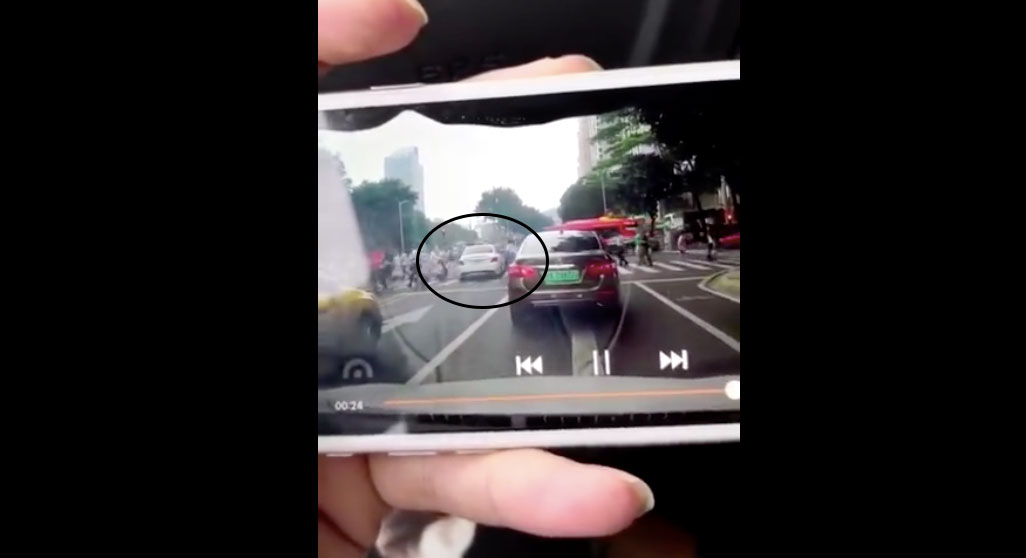 Another clip shows multiple individuals lying in the street before panning over to the Mercedes, which crashed into another vehicle in the middle of the intersection. Some netizens have drawn attention to the driver’s footwear, as she was photographed wearing platform shoes when stepping out of the car. 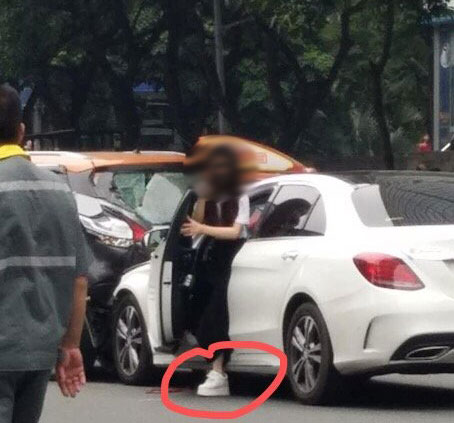 GRT Radio reports that the scene has been cleared and normal traffic has resumed.

Update (May 21, 2019 4.21pm CST): This story has been updated to include recent developments regarding this morning’s incident.