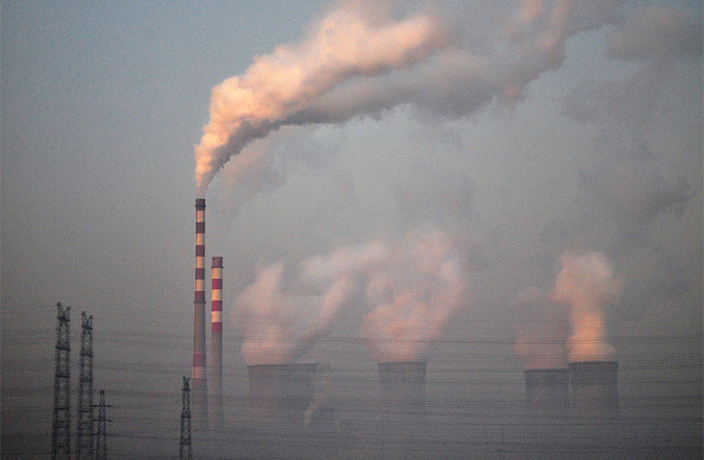 A new study in China has found that chronic exposure to air pollution could be making people less intelligent, the BBC reports.

Researchers at Beijing's Peking University and Yale University in the United States monitored the math and verbal skills of over 20,000 people in China over the last four years and found that the negative impact increased with age. The study looked at areas where participants lived and studied their levels of pollutants, including sulphur dioxide, nitrogen dioxide and PM10 particulate matter.

But while the study established a link between lower test scores and pollution, it notably did not prove cause and effect.

Researchers also found that pollution levels had a larger negative impact on the cognitive performance of men and those with less education. The researchers theorized that this could be due to the fact that older men with less education tend to work manual jobs outdoors and are therefore more exposed to pollution.

The study also suggested that pollution can increase the risk of degenerative diseases such as Alzheimer's and other types of dementia, as well as mental health problems such as depression.

This isn't the first study that has claimed that air pollution is having a negative effect on our health. In 2016, a study conducted by researchers at Duke University suggested that heavy pollution could also increase people's risk of obesity.

Currently, over 80 percent of the world's urban population breathes unsafe levels of air pollution, according to researchers from the Peking University and Yale study. Recent data from the World Health Organization also revealed that air pollution is responsible for an estimated seven million premature deaths a year.