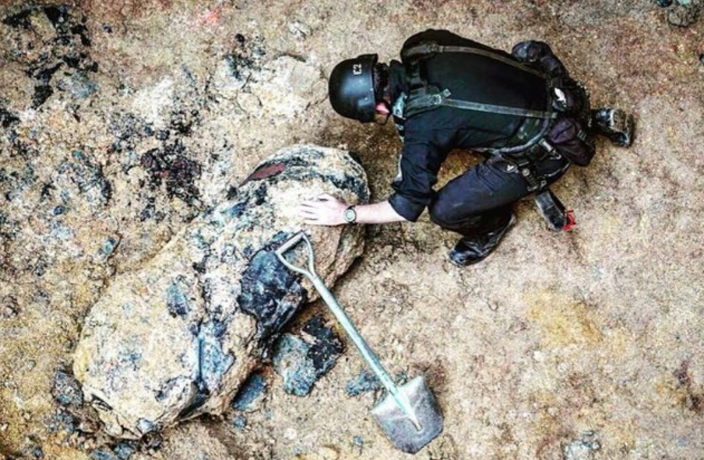 Authorities in Hong Kong were dealing with a volatile situation this past Saturday, after workers at a Wan Chai construction site discovered a 450-kilogram bomb dating back to World War II.

According to South China Morning Post, Tony Chow Shek-kin, a senior bomb disposal officer, stated that the cylinder-shaped device – an ANM-65 explosive – was dropped on the city between 1941 and 1945 by American bombers, while Hong Kong was under Japanese occupation.

Hong Kong police received word of the bomb’s discovery at around 7.40am, after laborers on the Sha Tin-Central rail link unearthed the explosive relic 15 meters unground, initiating a large-scale bomb disposal operation that involved the evacuation of roughly 1,300 people.

“These included residents and workers from offices, the Hong Kong Convention and Exhibition Centre and nearby hotels,” said Maxim Kwok Mei-sum, divisional commander with the Wan Chai police force. 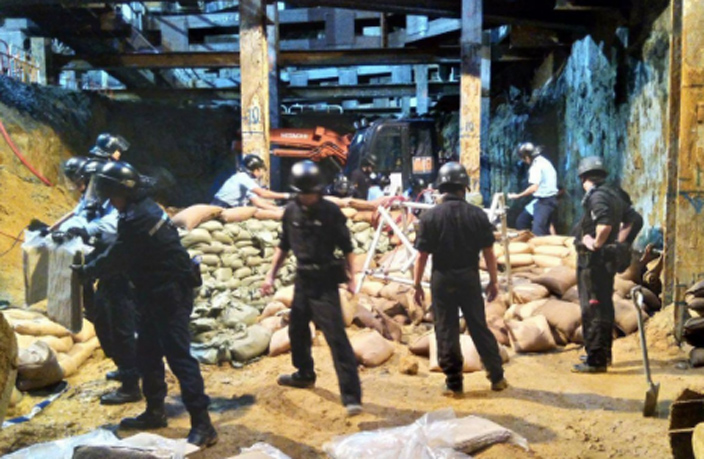 Authorities assigned a team of more than 10 specialists from the Explosive Ordnance Disposal Bureau to carry out the delicate procedure and the experts began their final push to disarm the bomb at 1am on Sunday morning. Twelve hours later the mission was declared a success, with the explosive safely deactivated and no one maimed or injured during the operation.

“The whole process was quite complicated. It took a bit longer than we expected,” said Chow, who added that had the unexploded ordnance gone off, the 450-kilogram bomb – which contained 225 kilograms of explosives – could have spread shrapnel over a 2-kilometer area.

“The shock wave and impact of the bomb could easily have measured 200 to 300 metres. The windows of buildings in the area would have probably shattered and it’s possible those nearby would have collapsed,” stated Chow, according to SCMP. 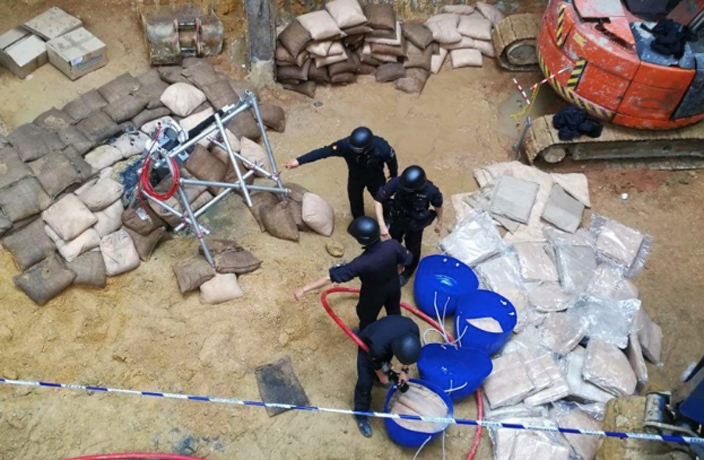 This is not the first volatile wartime relic to have been discovered in Hong Kong in recent years. Back in 2014, over 2,000 people were evacuated from the Happy Valley area after a 900-kilogram bomb was unearthed at a building site on Hau Tak Lane.