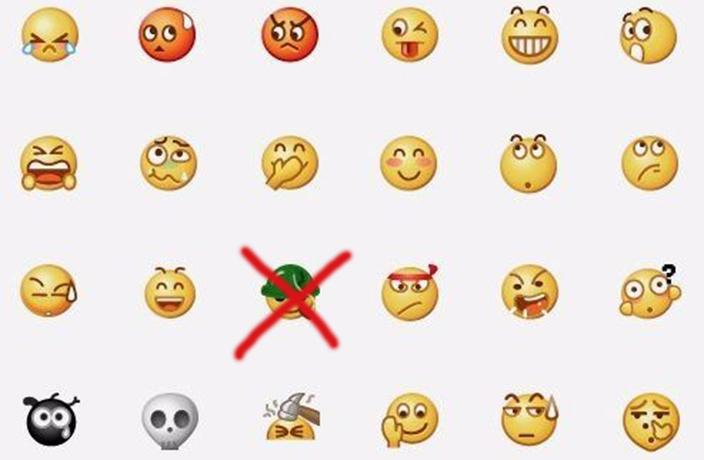 Chinese social media platforms are beginning to remove the smoking emoji from their interfaces in efforts to promote China's new anti-tobacco initiatives.

The smirking emoji sports a green army helmet and has been illustrated with a cigar hanging out the corner of its mouth. The emoji is intended to convey "playing it cool."

In the wake of China's nationwide indoor smoking ban, the Beijing Association for Tobacco Control (BATC) earlier this year urged China's tech giants to remove the emoji from its sites.

"Smoking is not cool,” said Zhang Jianshu, head of the BATC. “It’s not appropriate to promote smoking as being cool.”

In response, Sina retired the emoji in September from the PC and mobile versions of its microblogging platform Weibo at the suggestion of its users.

Tencent followed in Weibo's footsteps, wiping the emoji from instant messaging software QQ earlier this week. The removal only applies to QQ's mobile app, and users will need to download the latest version to see the changes. QQ's desktop software remains unaffected.

Tencent-run social media app WeChat has also been urged to remove the emoji, and will likely soon follow suit.

RIP, [Commando]. But hey, at least we have dumpling emojis now.