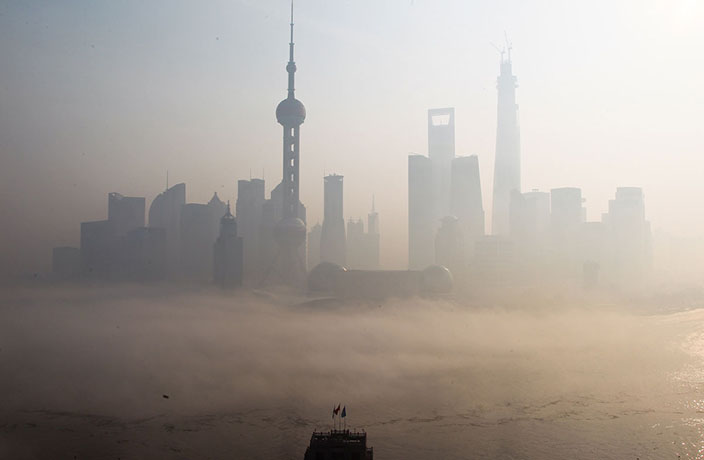 At the end of 2016, a team from the ministry inspected Shanghai's environmental work for a month, and their findings were disappointing. According to the team, Shanghai has been “slacking off” in its efforts to combat pollution for the last several years.

Law enforcement was found to be woefully inadequate, with pollution fines too small to discourage offenders. The team also discovered that some 800 companies ordered to close up shop back in 2013 were still operating.

Among some of the other major problems uncovered by the team were illegally dumped waste and dangerous landfill materials seeping into the city’s water supply.

The South China Morning Post reports that local governments are a key battleground in the war on pollution. But with officials turning a blind eye to violations in order to protect jobs and revenue sources, this has proven to be a difficult battle.

Perhaps the most shocking revelation of the team’s findings was that Shanghai’s water quality has steadily gone downhill since 2013. According to the report, 88 out of 259 water samples fell below the “Grade V” categorization, meaning that the water wasn’t even considered fit for farm or industrial use. Perhaps the city’s water authorities should consider using this H20 monitoring app.

The Chinese central government isn’t the only one slamming Shanghai for its pollution. Just last month, Wuxi, Shanghai’s neighboring city to the north, sued the ‘Hai for unloading thousands of tons of garbage on the banks of Taihu Lake.