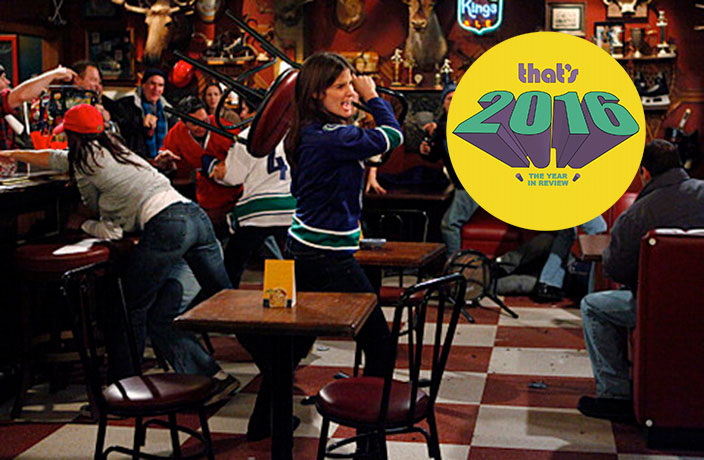 Another year, more badly behaved laowai. We've counted down some of China's naughtiest foreigners of 2016. The team at On the Roofs recently released some truly incredible footage from their Shun Hing Square ascent in February. Shun Hing Square is the city's third highest building and stands at a immense 384 meters. As you can probably imagine the video is a wee-bit vertigo inducing, but judging by Raskalov and Vadim Makhorov’s (the Russo-Ukrainian duo behind On the Roofs) other exploits – including conquering the Shanghai Tower – they aren’t particularly fazed by heights.

Likely inspired by On the Roofs, two teenagers recently climbed Shanghai’s Jin Mao Tower — and recorded the whole thing on film. 19-year-old Andrej Ciesielski, who is originally from Munich, completed the feat in February with a friend. They managed to evade security guards by pretending they were lost. Watch the gut-wrenching video here.

8. The foreign woman who BASE jumped off a Hunan bridge Crazy footage of a foreign daredevil evading police before BASE jumping off a bridge in Hunan had the Internet buzzing this summer. In the video, authorities were seen chasing the unnamed woman in an attempt to stop her from jumping off the world's  seventh highest suspension bridge (standing 336 meters above ground). After her brush with the cops, she somehow managed to escape and jump off anyway in true boss fashion. Okay, we've gotta admit: that's actually pretty badass.

7. The Guangzhou Metro commuter who slapped and berated another passenger A video emerged of a foreign male slapping and berating a Chinese man on the Guangzhou metro system. It's not entirely clear why the incident started, though some eyewitnesses it happened after the Chinese commuter allegedly attempted to steal his phone. (Others said it may have been because of a racially charged statement, though this is debated). In any case, the foreign male’s response was swift and aggressive, with the video footage showing the Chinese male hunched and concealing his ears as he is attacked both physically and verbally.

6. The foreign woman who tried to dodge the Shanghai Metro fare A foreign woman in Shanghai was caught and fined RMB84 in March for attempting to ride the metro without paying. Footage showed the woman ducking under the turnstile to exit before her grand escape bid was thwarted by a metro operator. The woman tried to use the excuse that she had lost her ticket. Did she think someone wouldn't notice?

5. The three expats who dodged fares AND brought bikes on the Shanghai Metro Fare-dodging seemed to be a problem on the Shanghai Metro in 2016, with three foreigners filmed sneaking in with their bikes and 'rudely' ignoring warnings in October. The released footage caused many web users to question why the three expats hadn’t been punished for hopping the entry portal without paying for tickets. Tsk, tsk.

4. The two Brazilians arrested for a triple traffic violation while riding a scooter in Shanghai

Two foreigners, both identified as Brazilians studying in Shanghai, were in big trouble in April after being caught on video running a red light while riding a scooter. In the video, a traffic officer is seen chasing after them, and in doing so is almost hit by a car himself. On top of the dangerous infraction, the bike also didn’t have a license plate. Shanghai authorities are in the midst of a massive crackdown on traffic violations and have already issued numerous fines to law-breaking pedestrians and motorists.

3. The two Americans who caused RMB10,000 worth of damage at a Beijing bar Two Americans reportedly caused quite a scene at a bar in Beijing's Nanluoguxiang district in July. One of them stood up and started throwing the bar’s musical instruments onto the floor before hurling a glass at a counter and eventually attacking a waiter. The owner estimated they caused roughly RMB10,000 worth of damage.

2. The Shanghai expat who was detained for three months for starting a drunken brawl A 4am fight in June resulted in one Eastern European exchange student by the name of Rov serving a three month detention in Shanghai. We bet his parents are thrilled.

1. The half-naked Russian girls who started a fight in the back of a cab An insane, NSFW video of two women getting into a vicious backseat brawl in a Chinese cab made the rounds online earlier this year. In the video, two women, believed to be Russian, are seen pulling each others' hair and wrestling in the back of the taxi while a crowd of gawkers look on. Rumor has it the video was filmed in Shanghai, though that's unconfirmed. 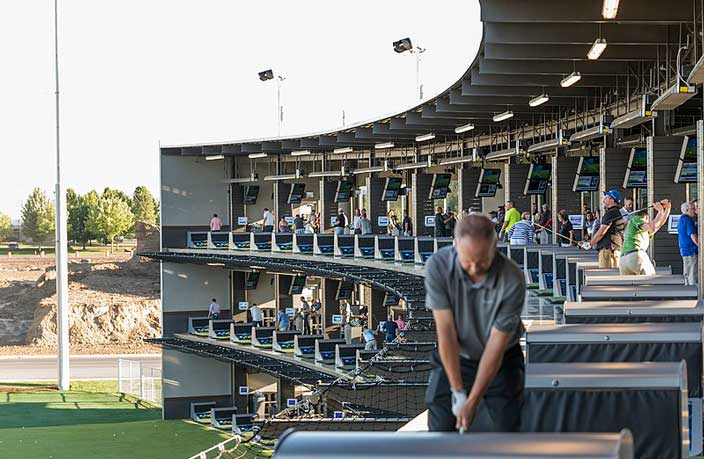