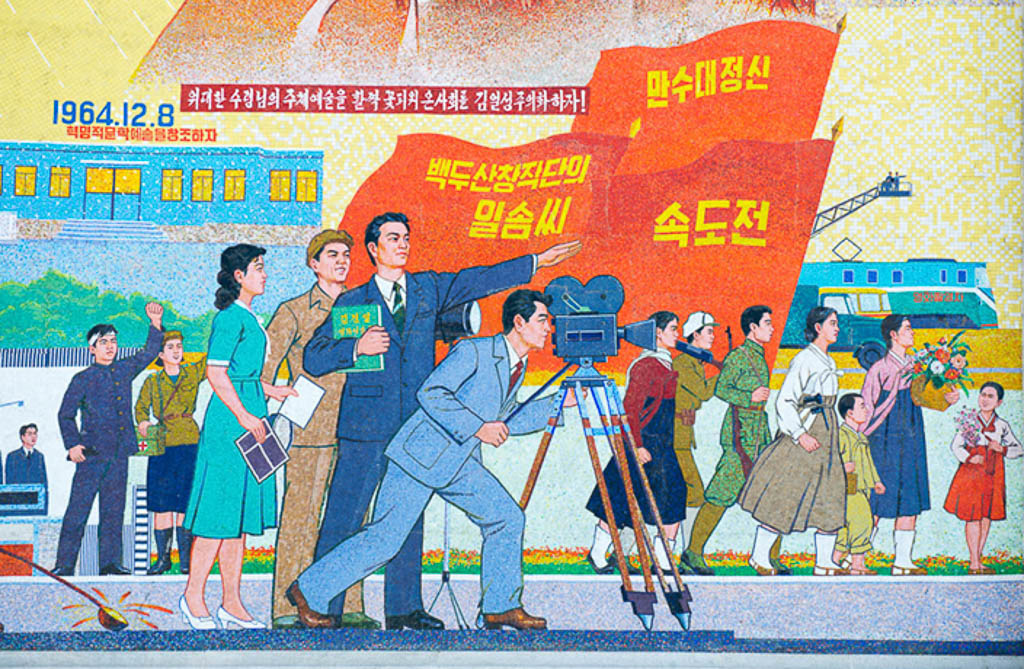 If you missed the Beijing International Film Festival, then fear not. September marks the 15th Pyongyang International Festival, and specialist travel company Koryo Tours is organizing trips from Beijing. We sat down with Koryo’s Creative Projects Manager (and three-time North Korea film festival veteran) Vicky Mohieddeen to find out what to expect. 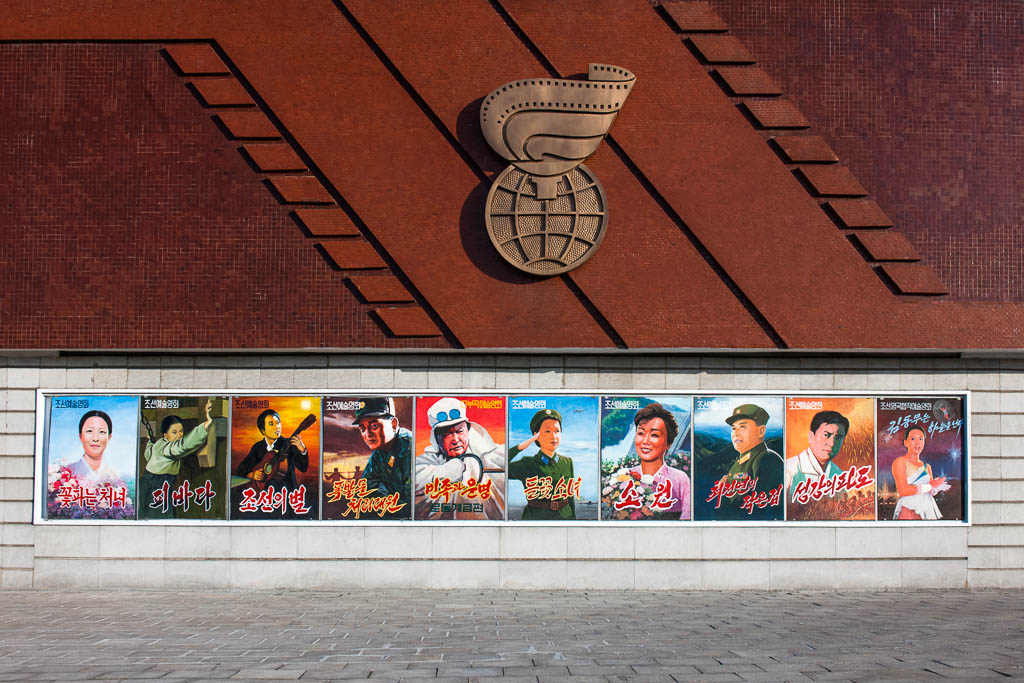 What films are going to be screened this year?
The film festival program is never published in advance, so when we arrive, we’ll sit down with the guides and work out which films we can see. Foreigners aren’t allowed to go to every cinema in Pyongyang.

So it’s not really designed for outside visitors?
No, the festival isn’t put on for foreigners. If films aren’t in English, they usually have subtitles, but the vast majority of people watching are Korean. There’s a very small pocket of international delegates. Then there’s a tiny, tiny group of tourists – usually fewer than 10. What kind of films can people expect to see?
The majority are foreign films. In 2012, there were only a couple of Korean films, mostly old ones. But last year there were more, including a couple of co-productions. The organizers won’t accept any American or Japanese films – they are very selective about what’s shown. They love Bollywood, because it’s quite sexually conservative, and the cartoon violence goes down well. Thrillers and action movies are also popular, and they love a nice long, tedious melodrama.

Are there any themes that tie the program together?
The idea that the collective is worth more than the individual is a common trope. One year, they opened with a film about runners, where one of the athletes doesn’t want to work with anyone else – she’s focused on her own sprinting. She then realizes that she can achieve more if she’s part of the team.

Sport films are popular because they follow this same basic story: Someone’s trying to do something and they can’t, so they reach out to a power greater than themselves and achieve what they want. In most Hollywood films, that ‘greater power’ is love. In North Korean films, if characters can’t do something, they’ll often be inspired by the works of Kim Il-sung or Kim Jong-il – usually through a memory or a piece said to camera. So do all the films have to meet quite strict criteria?
It’s actually not as strict as you might think. One of the films I saw in 2012 was a drama about a guy who becomes a crime-solving monk after his family is murdered. It turns out that the crime revolved around a gay love affair at the monastery. So there’s this sex scene played in the biggest cinema in Pyongyang, which is 2,000 seats. Sure, it was a very naïve sex scene – you know, hands on sweaty backs – but I was really surprised.

The same year, they showed an episode of Sherlock with Benedict Cumberbatch. There’s this part when Sherlock Holmes explains how he knows one of the characters is gay. My guide, who was sitting next to me, turned around and whispered: “Vicky, ‘gay’ is a man and a man together, right?” and I said “yeah.” He nodded and then fell asleep.

Is it mostly independent or small-budget films?
Yes. For established filmmakers, there’s no benefit to showing in North Korea. You’re not going to get an audience or access to a market. It’s not on the ‘circuit,’ so winning a prize at Pyongyang won’t help you in any way. Has the festival changed since you first went in 2008?
Yes, a lot. In 2008, the opening ceremony was at the International Cinema Hall and they had a brass band outside. It was very old-fashioned, and we all had headphones with simultaneous translation. But by 2014, the opening ceremony was at really modern exhibition hall and one of the co-hosts presented in English. The slogan for the festival is “Independence, Peace and Friendship,” so there was a dove of peace and rainbows. It’s all very kitsch and sparkly.

What type of person normally signs up for your film festival tour? Is this one for film buffs?
Yeah, we get massive film buffs. But sometimes people want to go because there’s a greater chance of exposure to normal North Korean life. The usual Pyongyang tours are monuments and museums – but at the film festival you see people at the cinema; you sit next to Koreans for the films. So there’s more chance of human interaction?
Yeah, you can have conversations with your guide and sometimes with people in the audience. Even if you don’t, you can communicate just being in the cinema – seeing how people react and understanding what things they find funny or sad.

To put you in sales mode for a moment, can you tell us about the tours Koryo is organizing?
There are two options. One’s a basic five-night tour: We arrive the day before the opening ceremony, catch some films and do some Pyongyang tourism. The other is a more flexible nine-night tour that covers the whole festival. So that means you’ll also be there for the closing ceremony, where the awards are given out and you watch the winning film. 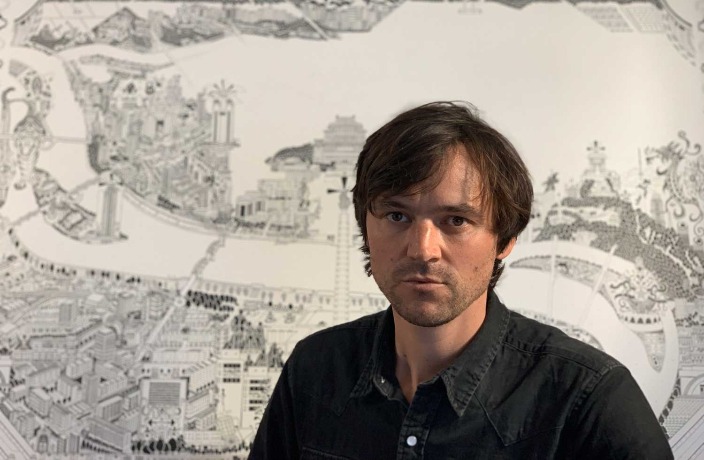 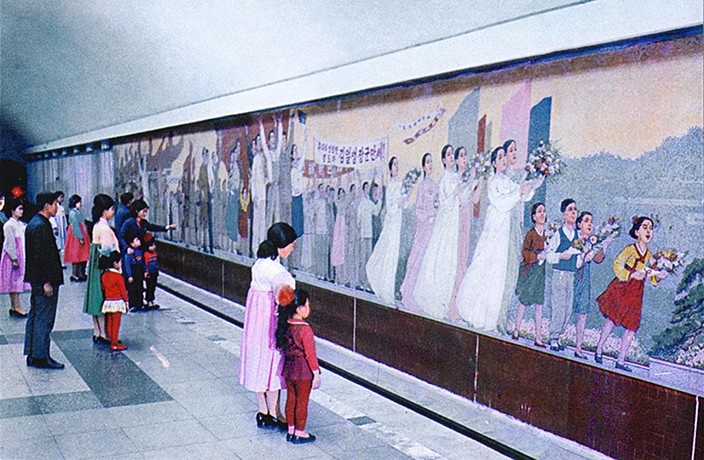