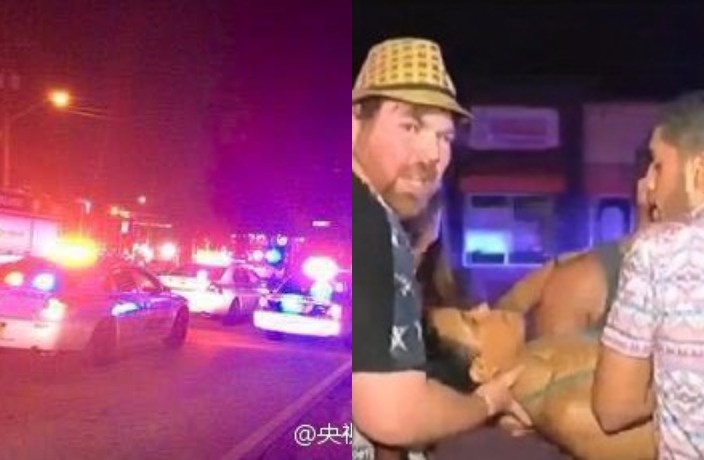 The worst mass shooting in American history shocked the world yesterday after 50 people were killed and 53 injured at a gay nightclub in Orlando, Florida.

In China, the story became the biggest topic of the day after many Chinese media outlets posted news using the hashtag #美国奥兰多枪击事件# ("Shooting Accident in Orlando, America"). The search term "Orlando" also shot to the top of Weibo's trending topics, drawings thousands of discussions and mixed reactions among users.

Most Chinese netizens expressed anger at the brutality and mourned the victims. "Strongly condemn the terrorist attack on innocent civilians," wrote one Weibo user. "How innocent are those people! [The terrorist is] a coward!"

"Life has no bounds," wrote another under the username 'Everyone loves America.' Many also posted candle icons and used the hashtag #prayfororlando#. 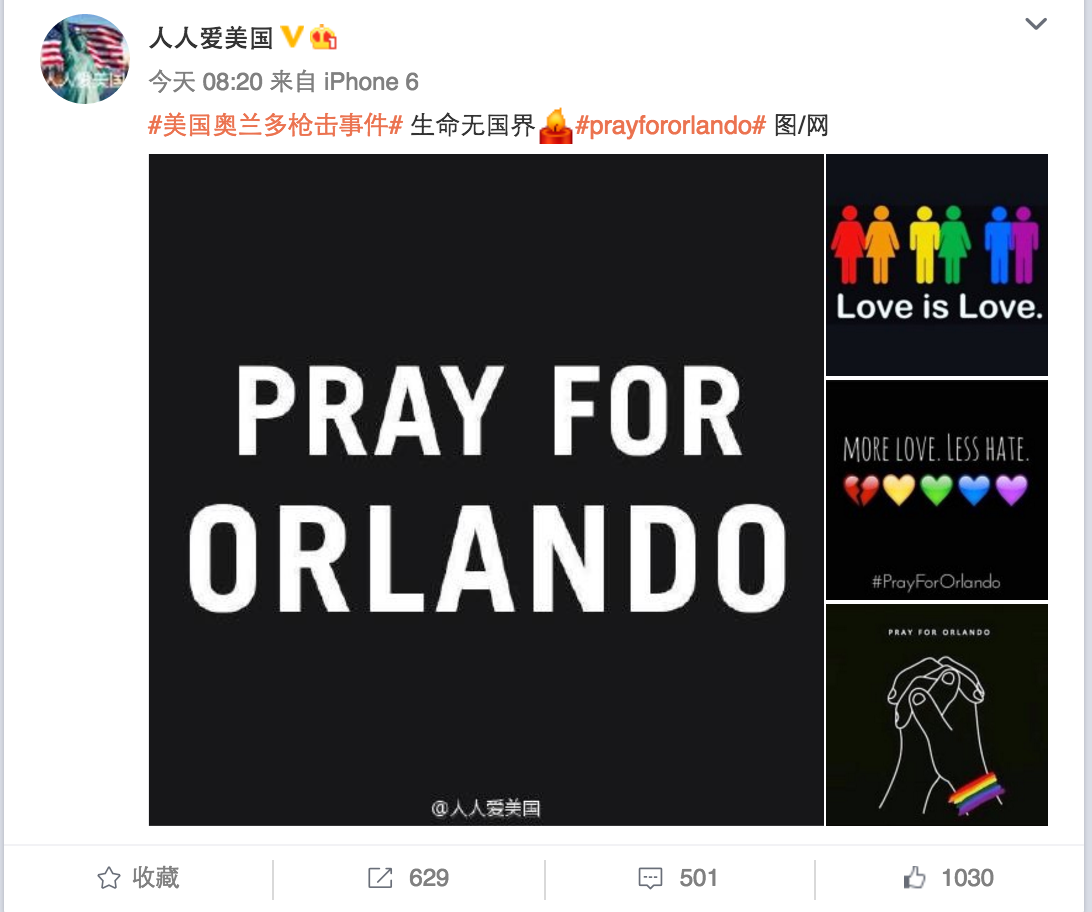 "Gun violence is too rampant in America. Why are guns so easy to come by? It is 2016. The society is progressing and is no longer a hunting society. I hope the fifty deceased did not lose their life for nothing. This time, the worst mass shooting in American history can bring some changes. I am too upset. #prayfororlando#"

But some took to writing more negative, anti-American comments, arguing that the massacre proved China is a better country than America.

Wrote one user: "Many cry and complain every day that everything is wrong in China, then what are these people wanting to go to America awaiting? Ask about the crime rate in America."

And another: "Think about what America has done to people in the Middle East. Post 90s know Afghanistan, Iraq and Libya wars from an early age."

Some netizens frowned upon their fellow countrymen for their lack of sympathy, and shamed them for being "low-class." Wrote one user in response: "No matter in China or the rest of places, hope we all live in peace."

Meanwhile, China responded to the massacre, with Premier Li Keqiang sending his condolences to the victims and their families. Li also opposed violence and terrorism.

State media reported heavily on the shooting, with Xinhua asking on its official Twitter account if the massacre would boost Donald Trump's ratings in the 2016 Presidential Election. Given this unfortunate tweet from The Donald yesterday, we'd imagine not: 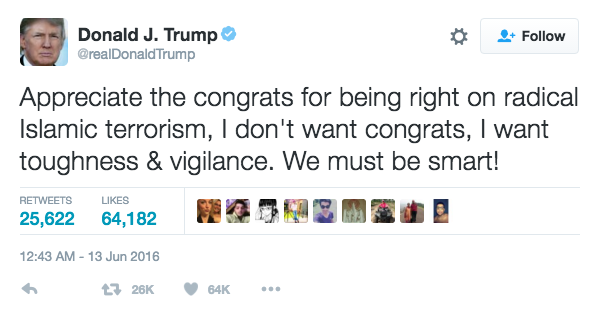 Some netizens criticized state media for their coverage of the event. "Why work up such a high spirit in reporting breaking news in other countries?" asked one user. "Can you report some forced demolition accidents in this country?"

Others pointed out that state media played down the fact that the attack appears to have targeted the LGBT commnuity. Wrote one user named 'Teenager Afu': "It is a gay bar. But [the CCTV broadcast] did not mention that." 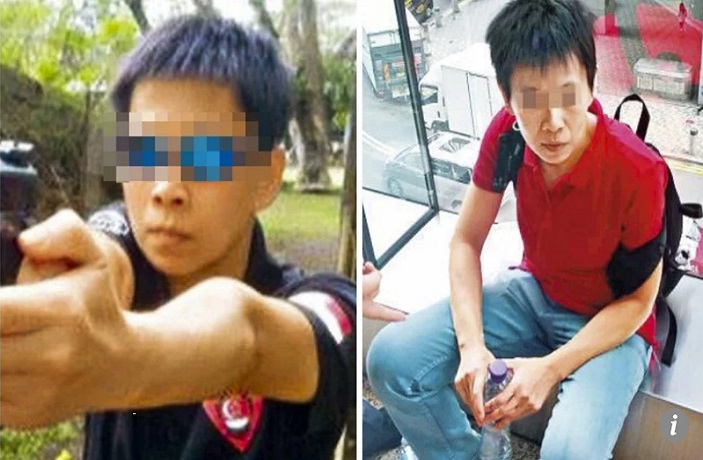 The case is especially rare in Hong Kong, one of the safest cities in the world. 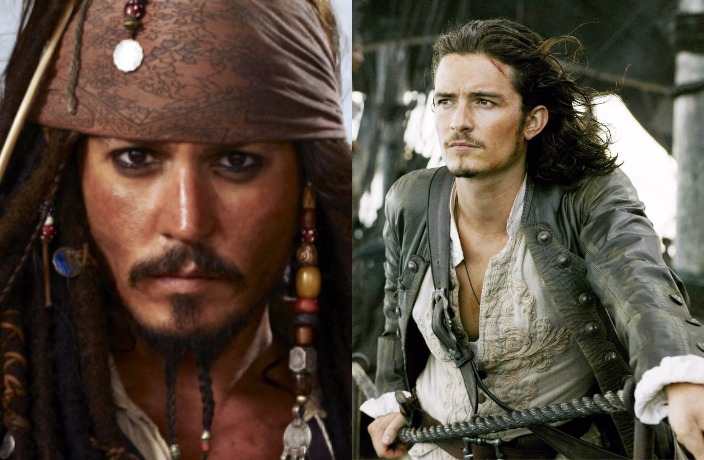 The victim is being treated in the hospital.

The man was watching a fight unfold between tenants and property management staff from his fifth floor apartment when he was struck by a police warning shot.