The inbound air parcel was detected on September 2 and totaled 24 kilograms of suspected ivory pieces.

The package came to Hong Kong from Zimbabwe, via Amsterdam, and was declared as decorative tiles. It was opened after suspicious X-ray images suggested the parcel contained something other than ornamental tiles.

RELATED: Chinese officials bought so much ivory in Tanzania that prices doubled

Once opened, customs officials found the alleged ivory pieces, worth an estimated HKD240,000, covered in saw dust. The case was immediately handed over the Agriculture, Fisheries and Conservation Department (AFCD) for a follow-up investigation. 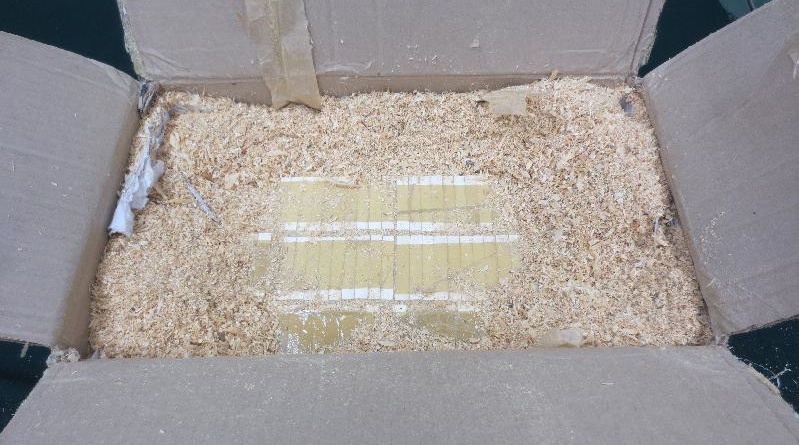 A customs spokesman said Hong Kong Customs would continue to work with the AFCD, as well as Hong Kong Post, to combat the smuggling of endangered species by mail.

In Hong Kong, under the Protection of Endangered Species of Animals and Plants Ordinance, any person found guilty of importing an endangered species without a license could (and should) receive a maximum fine of HKD100,000 and imprisonment for one year.

The illegal ivory trade is a major concern for authorities around the world. In countries across Africa, elephants are feeling the pinch of poachers eager to cash in on Asia’s lucrative demand for ivory.

“The message for the rest of the Zambezi Valley is clear - - poaching is rife and we need to do something about it,” the Zambezi Society told Bloomberg Business via email.