Good news, everyone, it is now possible to get tipsy and increase your sexual performance at the same time!

Chinese distillers in the city of Liuzhou reportedly added viagra to more than 5,300 bottles of baijiu and claimed that the booze had ''health-preserving qualities." The discovered bottles, reportedly worth RMB700,000, along with packs of Sildenafil, a white powder more commonly known as viagra, were seized by authorities. Three different types of baijiu were apparently spiked with the drug. Police in Guangxi are investigating two distillers. 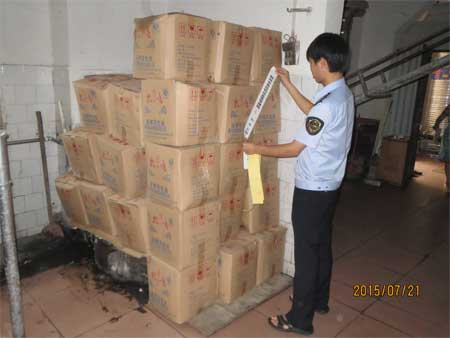 Unfortunately, an untold number of customers rose to the bait. An excessive dose of viagra can be harmful to your health as doctors recommend that adults take no more than one dose a day, and even less for those over 65.

The spirit industry is not the only one to have encountered this sort of incident. China has a lengthy history of food safety scandals. In June more than 100,000 tons of expired meat was seized in cities across the country, some of which was so old that it had survived the Cultural Revolution. Chinese Internet giant Baidu even developed a pair of smart chopsticks that can detect if food has been cooked in unsanitary gutter oil.