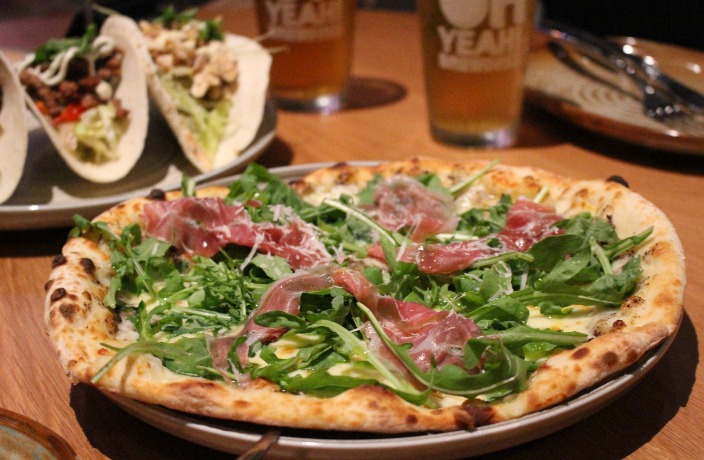 What would you think if we told you there was a brewery with the name Oh Yeah! in a nondescript business park near an underpass in Guomao? Would you run away if we described it as “corporate chic”? Would you turn your nose up in disgust if we mentioned it has a 10-page, laminated menu? Would you shun us forever if we told you that, actually… it’s pretty good?

The thing is, if you remove your hipster hat for a minute, Oh Yeah! is a nice spot for dinner and drinks. You don’t even have to include the ! at the end of Oh Yeah! when texting your friends about it. You could just tell them to meet you at “a brewery near Guomao” and then, when they’re close, tell them to look for the building with the words “Oh Yeah!” painted in turquoise over 50 feet of brick wall. And then direct them to enter via a metallic entryway festooned with cut out letters spelling, you guessed it, Oh Yeah! And then you could have beer and pizza with anywhere between two and 500 people, because the space is really that big. In fact, Oh Yeah! is dying to host your corporate event. But first, the food. 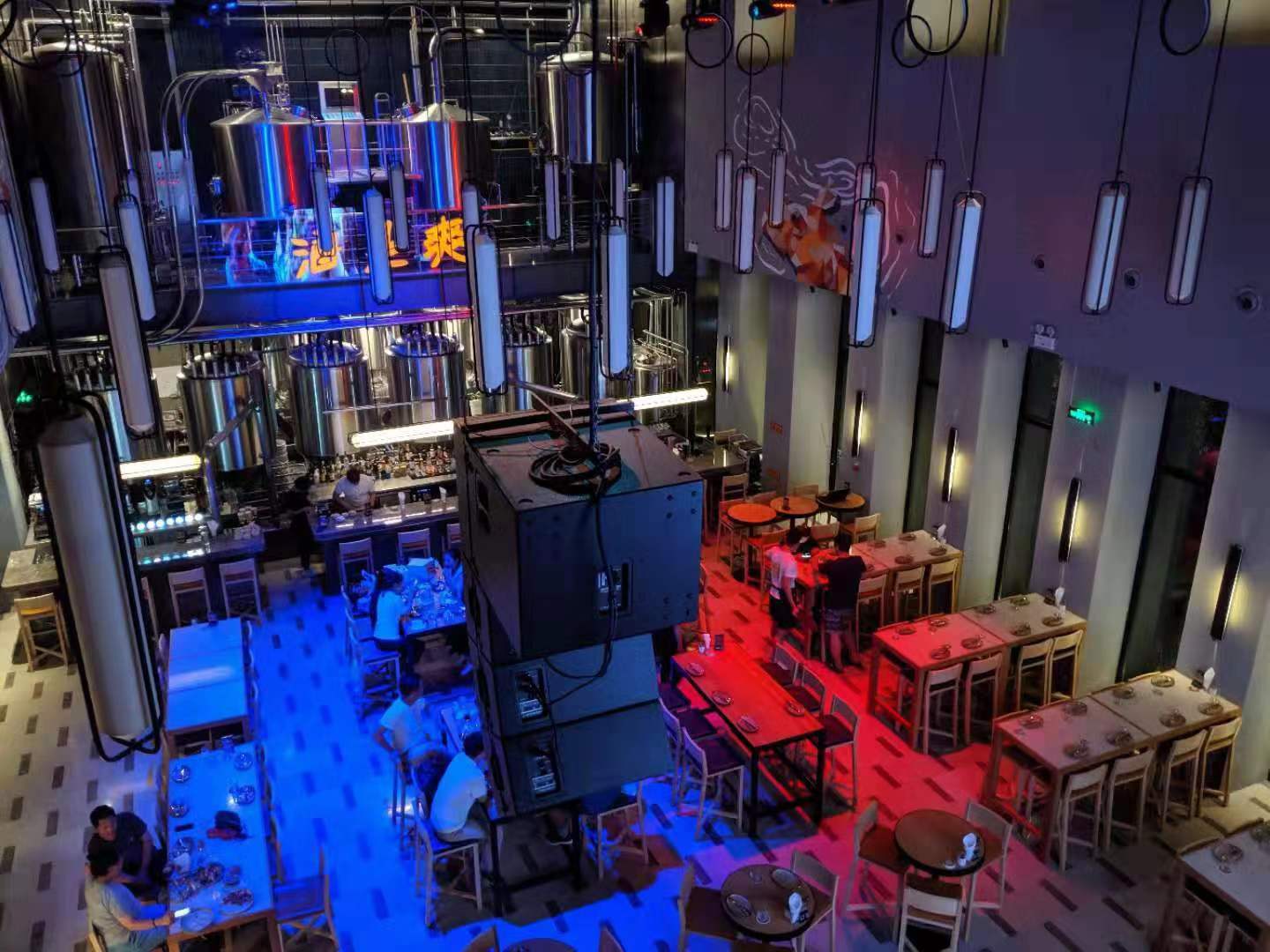 Oh Yeah! offers a wide range of Western pub-friendly fare, though selections lean upscale, with offerings like roast lamb leg and Australian steak. Those dishes are the only ones that tip toward the RMB200 mark, and others, like the fried chicken, appetizers, desserts and pastas come at wallet-friendly prices, between RMB39-98. A colossal wood-fired oven cranks out impressive pizzas, ours comes perfectly topped with quality Parma ham and truffle oil (RMB79). Our pork ribs glisten with a rich honey glaze (RMB59). Usually a generalist menu results in hits and misses, but this is not the case at Oh Yeah! “Something’s telling me to avoid tacos at this place,” said our dining companion, who was later actually quite impressed with the tacos (RMB45-55). 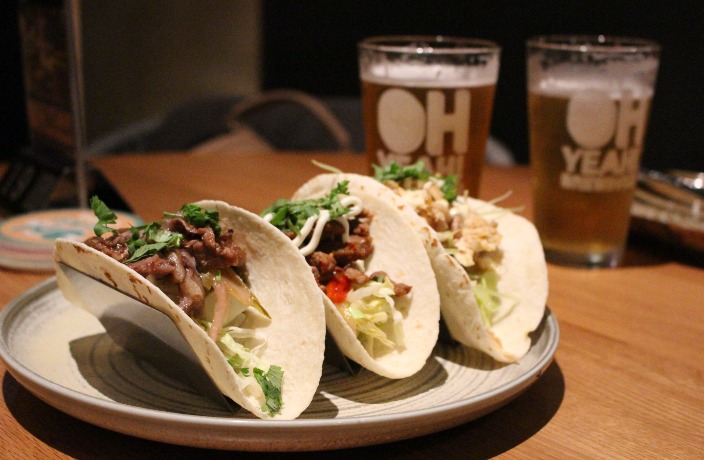 We also enjoy our OYPA (RMB45) – our server tells us that’s Oy! as in Aussie Aussie Aussie Oy! Oy! Oy! because the owner is Australian – and the brew surprises us with its quality, given the brewery’s newness. Our pilsner (RMB45) is more lackluster, but aren’t pilsners always? The classic IPA (RMB48) more than makes up for it. Also, handle this information with care: All beer is RMB100 for all you can drink after 8pm, every night this summer. We snuck this crucial information late in the review because we don’t think the thirsty people of Beijing can handle it.

We know: A cool craft brewery is supposed to look like a recently-cleaned-up woodworking shop, not a corporate event space. The playlist in the background should consist of alt rock acts from the mid- to late-00s, not Bruno Mars’ entire discography. The menu should be scribbled on a chalkboard and affixed to clipboards, not printed on shiny laminate. Maybe Oh Yeah! is a sign that craft beer is no longer for the hipsters, but rather a fully mainstream thing, an outing even your deeply uncool boss might suggest after a teambuilding exercise. We’d be far more pissed off about this if the food and booze at Oh Yeah! weren’t so damn good.