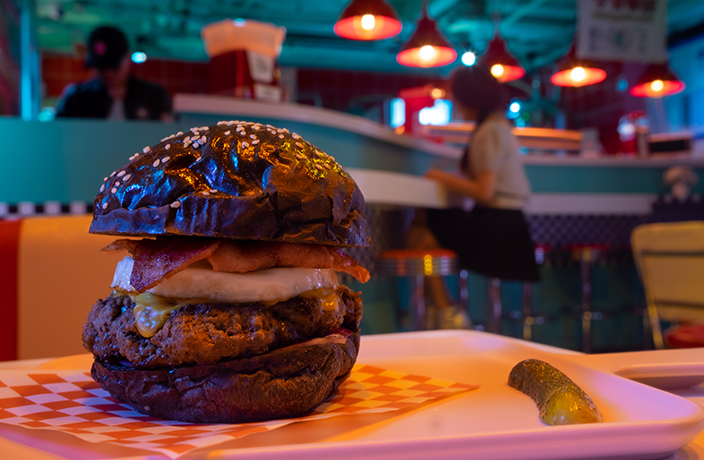 Blink for a hot second and something new is bound to pop up in this city. From cocktail bars to burger shops, the capital metropolis that was once known mainly for its street food stalls and substandard eateries is quickly changing.

Speaking of burger shops, a new joint is trying to shake things up on Gongti Donglu. Beer Boom delivers a cultivated selection of beers, burgers, pizza and wings. Sounds good so far, eh? Located east from the stadium where the Beijing Guoan team plays their home games, it seems like a great spot to grab a couple of home-brews (yep, they brew their own beer onsite and, given the tiny space they have here, we’re impressed) before heading to watch the Big Green make Beijing proud. 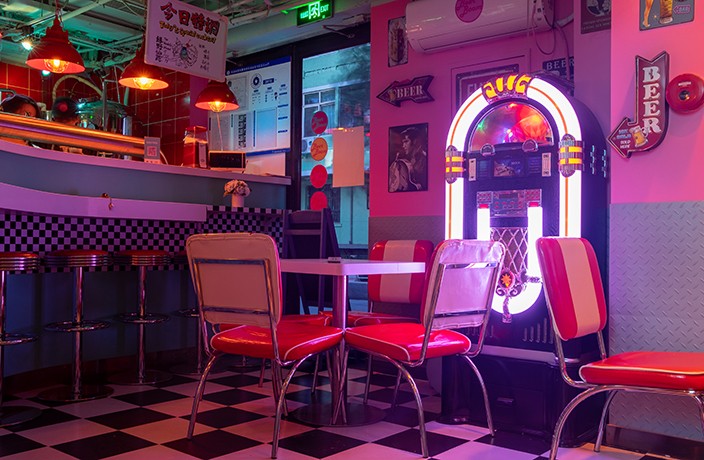 Walking into the eatery, we get a sense of being thrown back in time, when malt shops were the place to be on Friday night and Otis Redding was still on the radio. Leather and brass furniture with classic tables adorn the two floors with a tasteful amount of kitsch, while allowing just enough room for intimacy among couples and joviality within groups. 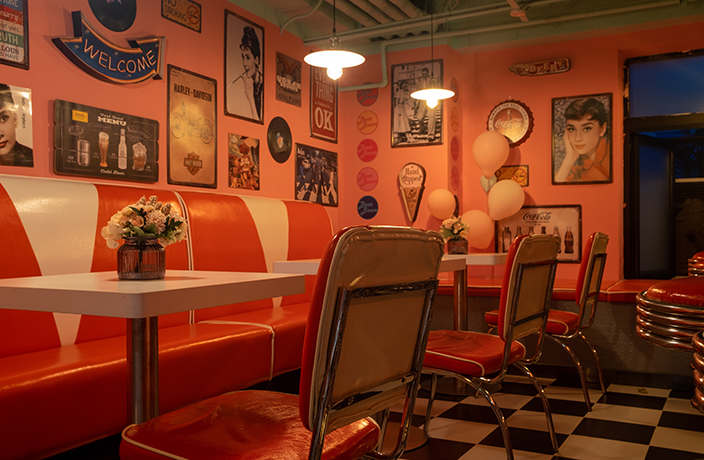 Now a good grub spot can be decorated to the utmost quality, but when it comes to game-time decisions, it’s all about the goods. We are recommended the Black Warrior Burger (RMB55), and it doesn’t disappoint. While there are definitely better burgers in the city, this meaty variant is a strong contender, especially given that they’re still operating in soft-opening mode when we visit. As for the beer, we opt for a Knight of Cups (RMB35), a crisp and clean brew that leaves us satisfyingly refreshed – everything you’d want from a wheat beer.

While not a jaw-dropper, Beer Boom can hold its own to the area’s pubs. What’s better than some added competition? May the games begin. 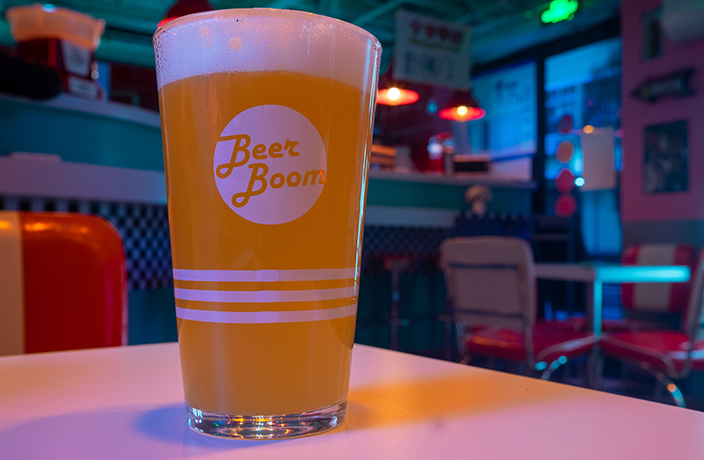