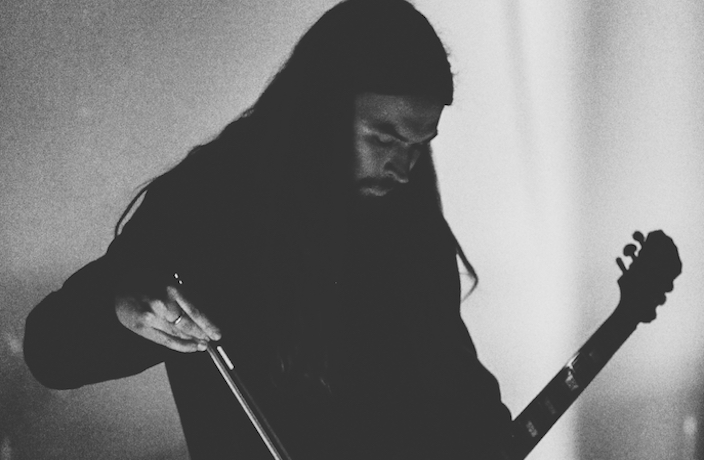 Siberia-born musical act Pool of Light seems draped in a veil of mystery, perhaps because he lives in Shenyang, a relatively small city of just over 6 million people, and because he embraces the mystical sounds and voices present in natural settings rather than using his own vocals on tracks.

This month the folks at Live Beijing Music and Jingweir are bringing this thrillingly unique drone ambient artist to Beijing. He’ll share the stage with Zafka and Li Jianhong at DDC, as well as Yang Wenliang during Yichang at Home, and will most certainly stir the senses of any and all present for his appearances.

We sat down with the man behind Pool of Light, Anton Bogdanov, to talk about his first show in Beijing, his fascination with Chinese natural phenomena and his use of bowed strings.

This is your first gig in Beijing. What are you expecting from your two shows in the city?
Well, I usually don’t have particular expectations from shows. I just hope [the] overall sound and atmosphere will be right and then the music will do its thing. There are two shows in two different places with, of course, different vibes, so I prepared two separate sets to play. Beijing has its unique atmosphere and since my music is more about improvising, I hope to find the right feeling on stage.

You will play alongside Zafka, Yang Wenliang and Li Jianhong in Beijing – three fascinating musicians in their own right. Which of this trio are you most excited to see play live?
I am excited to see all of them performing, since they are so great and talented – it’s a pleasure to be on one stage with them. Being a guitar player myself, it’s going to be really fascinating to see Li Jianhong perform.

Originally, I was not a big fan of free improvisation and guitar noise, but it took me quite a while to start to see new approaches to instruments and music itself. I’m kinda fed up with ordinary musical terms and rules, so seeing him playing live will be a brand new experience for me. I like the way he uses two guitars with feedback – I’ve never seen that before. And there is real expression and raw energy [when he is] playing, which you can’t fake – that is why he stands out among many experimental players for me.

Can you explain a little bit about your use of bow strings when making drone noises?
As I said, I’ve been searching for new approaches to instruments and music itself. These are not new of course, but I like the idea of progressive sustained chords. It means you build your musical picture by adding layers, in this case by adding layers of sustained sound using loopers and bowed guitars, and the cello bow is the ideal tool for doing that. One can loop a large extended chord by constantly adding new details, so the whole picture feels like static but also constantly evolves and changes.

Your music tends to fit well within very natural settings. Have you always been attracted to nature and trying to replicate the sounds of a natural phenomenon?
Never thought about this to be honest. I do not pursue a goal of replicating any sound – I guess it’s just the way the music comes out. I’ve been using some analog synth sounds for a while now and since it doesn’t sound too artificial, it feels great. Sometimes I use field recordings, but it’s just for the sake of atmosphere. I know there are musicians who base all their music on field recordings or those who replicate natural sounds using old analog synths, but that’s not the case for me. I do use photos of nature taken during my trips in China or abroad. Sometimes I find myself searching very long to find the right picture, so it’s all about inner feeling. 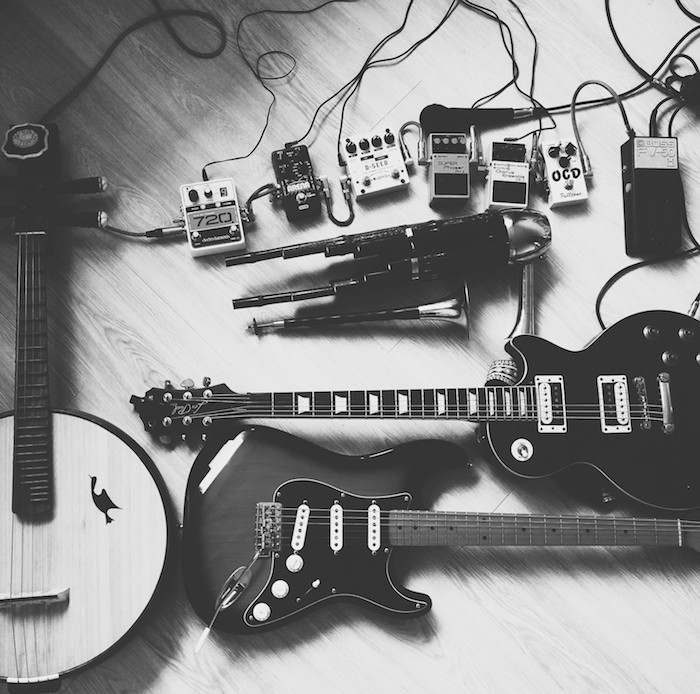 Image courtesy of Pool of Light

You also name a lot of your songs after Chinese holidays or times of year and use lesser-known language for both song and album titles. As you’re originally from Russia, could you tell us more about your relationship with the Chinese language and China as a whole?
I’ve been living in China since 2013 but my relationship with language has been going for a bit longer than that. I studied translation in Russia during university, so language was the subject of my studies. I have some understanding of this concept of language and mentality shaping each other, so I always wanted to research culture through a certain language.

In these terms, my music is kind of like researching. But to be honest, the whole concept of names and characters comes only after the music is finished and sometimes it is just attached to the day of the record. For example ‘Summer Solstice (夏至)’ was a spontaneous improvisation, which I recorded on June 21 last year, the day of 夏至. It was a coincidence, but a nice one.

Since I started to become aware of Chinese solar periods, I notice the precise weather changes they bring. Usually the song names I use are very abstract and reflect just a small amount of the feeling of the song. I try to be as abstract as I can when naming albums or songs, so the listener can find his or her own plot in my music. Things like lyrics or detailed names sometimes ruin the experience of music for me. That’s also why I find myself confused when asked what my music is about.

You’re quite prolific when it comes to making and recording music. When and how do you record your songs? Do you have a home studio?
I pursue a DIY approach and do everything by myself, as long as there is so much to learn about music production and recording. I record mostly at home and have two ways of doing it – recording different tracks on a compact recorder and then mixing on a DAW [digital audio workstation]. The second way is to record whole live sessions from my mixer directly to a DAW.

I use the first way when I compose [songs] for albums, this way I can work with layers and stuff like with Legos – change, add, delete and other forms of construction. But [since] I started to play live, I try to record sets in real time all from scratch and this is the way I enjoy most, since you feel kinda led by the whole sound stream and everything you do affects the whole picture. It feels like meditation, or grooming trees in a garden and shaping them the way you want – this is the actual way drone or ambient music should be done, focused on your real time state of mind in that very moment. Right now apart [from] working on upcoming albums, I also have some live improvisations which I might release in the future.

You’re based in Shenyang in Liaoning province, also home to Dalian, which has produced some great bands and musicians, including Ruining who you toured with. Could you talk a bit about the scene up north in Liaoning?
There are some nice projects like 蝌蚪啃蜡 (Bite Wax Tadpoles), a Shenyang-based free improv/noise duo, or 泥塑上帝 (Soil Godliness), really solid Shenyang post-rock band. There is also a wonderful psych rock trio from Changchun, Jilin province, called 粗糙印象 (Rough Image) who were playing with me and Ruining during our tour.

You can catch Pool of Light in Beijing this weekend: