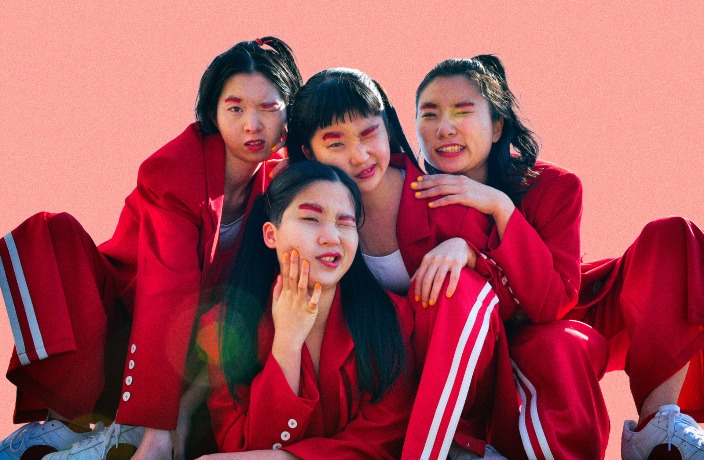 The culture of kawaii (the Japanese word for ‘cute’) has taken the cyber world by storm. Originating in Japan, this sugary and childlike sense of style became a global phenomenon. Characterized by pastel colors and cartoon imagery, with iconic brands like Hello Kitty as the irresistible mascot, kawaii is all things tiny and adorable. And who doesn’t love tiny and adorable things?

But this exaggerated concept of cuteness created a false image of girlish innocence and perfection for Japan’s younger generations. The iconic dollish aesthetic fails to celebrate the diverse range of unique human attributes.

Enter CHAI, the four-piece Japanese band consisting of twin sisters Mana and Kana, along with friends Yuuki and Yuna, determined to redefine what it means to be kawaii. Together, the Nagoya natives coined the term neo-kawaii, which translates to ‘the new cute,’ and have devoted themselves to smashing oppressive beauty standards and inspiring confidence with their bold and fearless music.

“You only live once. Might as well enjoy the journey!”

“Everyone is born with their own unique character. This is cute. And everyone is different. This is awesome!” says bassist Yuuki. “Japanese people don’t normally praise others face to face and we felt bad about this in the past,” Kana, the band’s vocalist and guitarist, adds. “Now as a member of CHAI, I found that [complimenting] others in person is a very good and healthy thing. So for everyone that has not been defined as kawaii, I hope they can [find good in just being themselves.]”

Their debut full-length album Pink is punchy and powerful, much like the vivacious color itself. “When I was young, I just really liked pink,” says Yuuki. “After growing up, I started to worry that people might think I’m too old for it.” So, naturally, they ran with it, embracing it as their band’s signature color, from their coordinated outfits to their album art, designed by Yuuki herself. 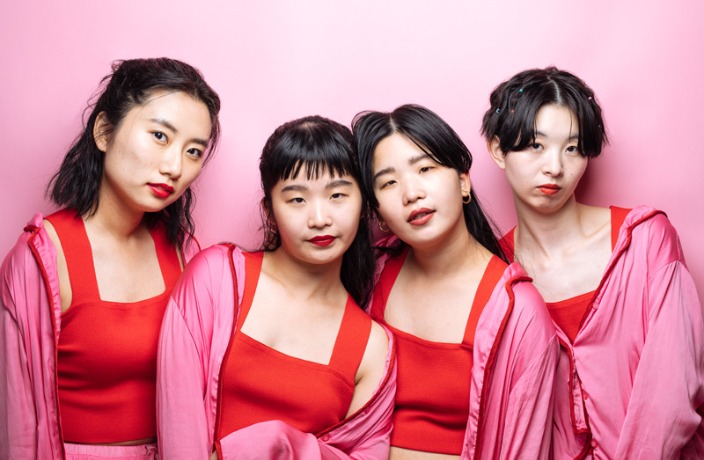 “The music we like has a great influence on our own,” says Kana. “It doesn’t matter much about past or present,” adds the group’s vocalist and keyboardist Mana. “We just listen to good music!”

The ambitious quartet are influenced by musicians spanning several decades, from DEVO and Queen to The xx, CSS, Basement Jaxx, and Superorganism, an indie pop group that CHAI joined on a UK tour last year.

Their shows in Beijing, Shanghai and Guangzhou mark their China debut. “It will be our first ever China tour. We’re so excited about how the audience will react, the food and [sightseeing],” says Mana. “Let’s get high together!”

As for parting words of wisdom, CHAI really just wants fans to feel liberated to be themselves. “Because everyone is cute,” says drummer Yuna. “And you only live once,” Mana chimes in. “Might as well enjoy the journey!”

[All photos courtesy of promoters]