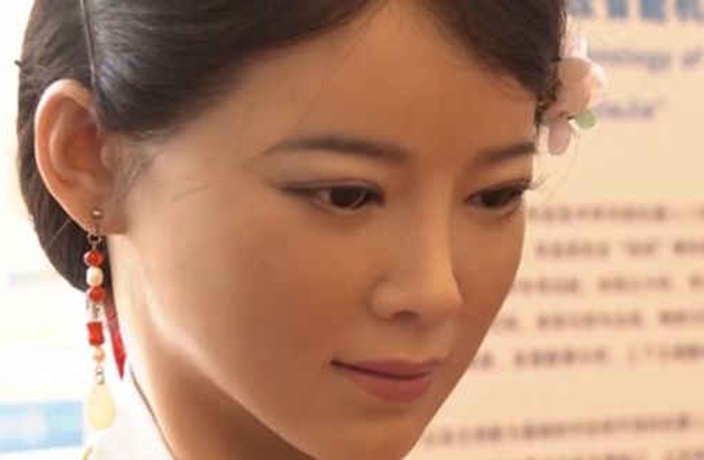 You might be asking, “Is that a robot?” The answer is yes, it is. And yeah, it's a tad bit creepy.

Meet Jiajia, one of the ultra-lifelike “humanoid-robots” that was unveiled at the World Robot Conference, which was held in Beijing from October 20 to 25, CCTV reports. Not only does she look freakishly real but she’s capable of some pretty impressive – and human-like – things.

Jiajia, which was created by the University of Science and Technology of China, is able to make human-like movements, understand language and read facial expressions. But the most impressive aspect of Jiajia is that she can actually interact with people and respond to questions – all of which were demonstrated to audiences during the conference. These human-like robots attracted quite a lot of attention during the six-day event. Aside from Jiajia, there were a couple of other humanoid-robots on display at the conference. One participated in a badminton match with a staff member, and the other impressed crowds with his calligraphy skills. A humanoid robot shows off his calligraphy skills