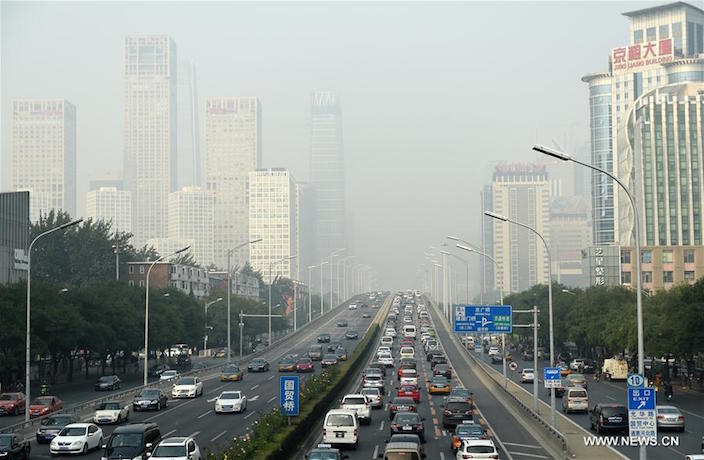 Beijing has a four-tiered, color coded pollution warning alert system. On Friday a yellow warning was issued around 3.30pm. This was triggered by an AQI (Air Quality Index) reading of almost 400.

An air quality reading of 500 would have been enough to warrant a red alert, which Beijing has only ever triggered twice.

This news follows from the announcement that China has the world’s deadliest pollution, with over a million deaths attributed to it in 2012.

This alert has come despite auspicious readings over the first nine months of the year as air quality was said to have improved across China. Beijing was considered to have ‘good’ air quality 56 percent of the time.

Beijing’s pollution levels have seen a year on year improvement in air quality readings, but pollution gets tends to get worse as winter approaches. This increase is attributed to the increase central heating and the widespread burning of coal.

It is hoped that a cold front forecast to arrive in Beijing on Sunday and will improve breathing conditions.

[Image via The Nanfang]